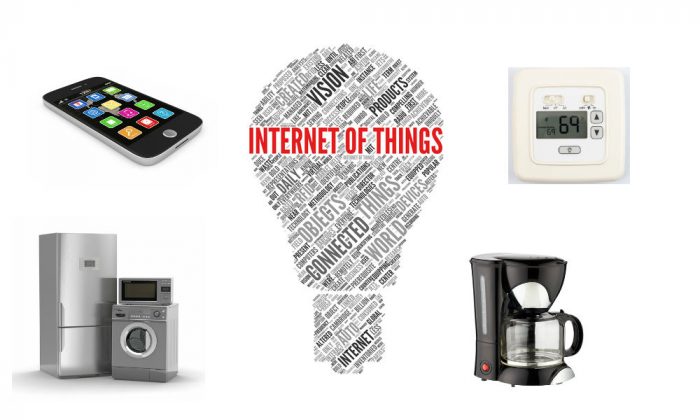 Several technologies are reaching maturity right now, making it the right time for the "Internet of things" dream to become a reality. (Shutterstock*)
Tech

Why the ‘Internet of Things’ is Ready Now

You are driving home when you receive an alert from your printer to pick up some ink, since it is running out. While picking up the printer ink, you receive an alert from your wine cellar to pick up that pinot noir, because it is on sale at the store across the street and it would go well with your dinner selection for this weekend’s dinner party.

All of this would take place because you have a smart printer, several sensors in your house, one of which is located in your cellar, and they all have access to your calendar as well as your location in real time via your smartphone.

This is just a glimpse into the possibilities that the “Internet of things” could provide in the not-too-distant future.

Most of us might be familiar with IPv4; That is the address you get when you connect a device to the Internet. In 2011, Internet Assigned Numbers Authority (IANA) distributed its last 5 address blocks, as reported on the American Registry for Internet Numbers (ARIN) website.

IPv4 has almost 4.5 billion addresses, while IPv6, which is currently being implemented around the world, has more than “340 trillion trillion trillion” addresses, as stated on the Internet Corporation for Assigned Names and Numbers (ICANN) website.

With this many addresses, every device in the world can easily be assigned an IPv6 address twice over.

Cloud computing is all around us. It is what makes Apple’s Siri and Google Now work as well as they do.

As you speak to your phone, your words are transcribed, sent to a server farm, processed, and the results are displayed to you in real time. It makes it appear as though these smart devices are so powerful, when in fact it is the servers located on premises at Apple, Google, and the like that are doing the heavy lifting.

With all this processing power in the cloud, all connected devices need to do is acquire data via sensors, upload the data for processing, and then the results can be displayed anywhere.

In a short time, we have moved from dial-up modems to DSL and cable modems, which has increased our download speeds exponentially. Many places are now moving towards fiber optics.

Research labs, using fiber optic cables, have achieved speeds of up to 100 terabits per second. That is enough bandwidth to download three months worth of movies in one second, as reported by Popular Science.

Google plans to bring Internet access via Project Loom to two thirds of the world’s people who currently don’t have access, as reported on their website in June.

“Balloons, carried by the wind at altitudes twice as high as commercial planes, can beam Internet access to the ground at speeds similar to today’s 3G networks or faster,” stated Google, explaining Project Loom, according to AFP.

4G or Long Term Evolution (LTE) can reach speeds that surpass even DSL and Cable modems under certain situations.

Your smartphones are currently the standard sensors. They can detect your motion, speed, and even your heart rate with the right application.

Wearables like Fitbit or Jawbone can be worn 24/7 and constantly beam information to the cloud about your whereabouts, health, and body temperature.

Standalone sensors are fast becoming the norm with the likes of Smarthings, Senaris and sigSense. Tracking humidity, temperature, noise, speed, CO levels, and more, these sensors will become the neurons that drive the Internet of things (IoT) into existence.