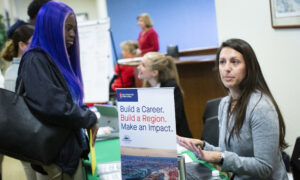 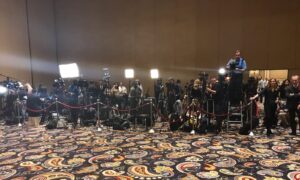 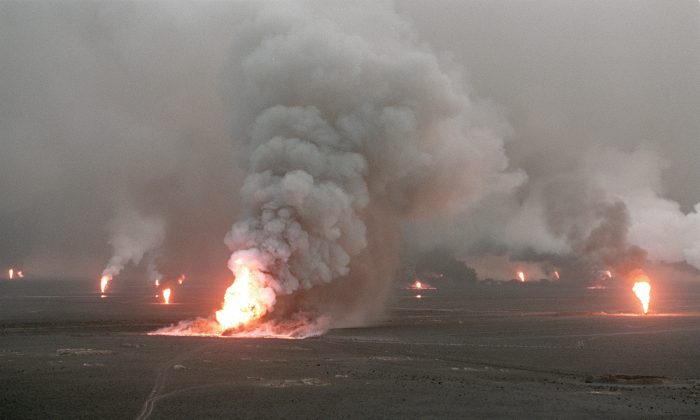 Several blown-out wells damaged by retreating Iraqi soldiers in Al-Ahmadi oil field burn in southern Kuwait on April 1, 1991. In 1991, Iraqi troops retreating after a seven-month occupation, smashed and torched 727 wells, badly polluting the atmosphere and creating crude oil lakes. In addition, up to eight billion barrels of oil were split into the sea by Iraqi forces damaging marine life and coastal areas up to 400 kilometers (250 miles) away. (Pascal Guyot/AFP/Getty Images)
Opinion

The International Criminal Court is not known for prosecuting people responsible for huge oil slicks, chopping down protected rainforests, or contaminating pristine land. But these people may now one day find themselves on trial in The Hague.

The move was announced by chief prosecutor Fatou Bensouda in a recent policy document that contains a new and welcome focus on the prosecution of individuals for human atrocities that are committed by destroying the environment in which we live and on which we depend.

The document doesn’t change the law applied by the court. There is no new crime of ecocide for instance. Instead, it sets out the types of cases that the court will now select and prioritize for prosecution. These will include the illegal exploitation of natural resources, cases of environmental destruction, and “land grabbing,” where investors buy up vast areas of poor countries.

The International Criminal Court, or ICC, has already shown a willingness to apply its laws to situations involving environmental destruction. Between 2009 and 2010, then-prosecutor Luis Moreno Ocampo successfully obtained arrest warrants from the court against the president of Sudan, Omar al-Bashir, for acts of genocide, war crimes, and crimes against humanity. Among other acts, these alleged crimes involved the contamination of wells and water pumps in Darfur to target and destroy certain groups of people. Al-Bashir’s trial has not yet commenced as he continues to evade arrest.

But this is not the first time the world has witnessed genocide through environmental means. In the early 1990s, for example, Saddam Hussein diverted the giant Tigris and Euphrates rivers in order to drain the Mesopotamian marshes in southern Iraq, a place widely regarded as the location of the Garden of Eden. Hussein wanted to destroy the community of Marsh Arabs that lived there, in reprisal for attempting an uprising against him. While the ICC cannot prosecute cases that took place before it was established in 2002, this type of environment-based genocide may well be the focus of future prosecutions.

There is nothing to stop the court from holding individuals such as CEOs responsible for international crimes. Making entire corporations criminally accountable is a more controversial prospect, however, and would represent a paradigm shift in international law.

But the new emphasis on environment-based crimes needs such a shift. Imagine: the ICC investigating corporate officers and corrupt state officials who might conspire to kill or evict groups of indigenous people from their native land in order to exploit natural resources such as oil, timber, and minerals. We could indeed see businessmen or politicians joining the warlords in the dock.

A focus on these issues at the highest levels of international justice would make it clear that nobody can hide behind the corporate veil, operate with impunity in the fog of war, or commit gross human rights abuses in the name of “development” and progress. The growth of crops for palm oil, for example, is frequently linked to gross and systematic human rights abuses that could breach international criminal law. Making someone criminally responsible under international law for these acts could act as a catalyst for the entire industry to clean up its act.

We may nonetheless have to temper our expectations. It’s easy enough to think of previous conflicts that have resulted in serious environmental damage: the use of Agent Orange, along with cloud seeding to cause heavy rain to “make mud, not war,” during the conflict in Vietnam in the early 1970s; the 800 oil-rig fires set by Iraq in the Persian Gulf during the 1991 Gulf War; the pollution of the Danube as a result of damage to oil refineries and chemical plants in Kosovo during the 1999 NATO airstrikes. But all these took place before the court was established in 2002 and thus are beyond its remit.

But what of those conflicts that have taken place since the ICC was set up in 2002? In Lebanon the 2006 bombing of the Jiyeh Power Station resulted in one of the largest ever oil spills in the Mediterranean Sea. In the 2008–2009 conflict in the Gaza Strip in Palestine toxic materials seriously contaminated the soil and water supplies. Both conflicts resulted in damage that may indeed breach the ICC’s definition of an environmental war crime. However, such situations remain outside the court’s jurisdiction as relevant states had not ratified the ICC’s statute at the time.

While the court’s new policy is welcome, it is not a silver bullet. People convicted may be responsible for causing harm to thousands of victims and irreparable environmental damage. Putting someone in jail won’t “unharm” their victims, regrow the forest, or clean up the oil slick.

This is why we should look at compensation as well as punishment. Compensation-based models of liability may be more help for both human victims and the environment—and more of a deterrent to potential perpetrators. One example of this in practice comes from Iraq where, following the oil fires during the 1991 Gulf War, the U.N. Security Council established a Compensation Commission. The commission was funded by the sale of Iraqi oil and gave money to victims of the attacks and financed environmental reparations.

It’s great that environmental crimes are now being considered at the highest level of global justice. But the ICC alone isn’t enough. A thorough approach also requires individuals and corporate bodies to become financially liable for the consequences of environment-based atrocities.

Tara Smith is a lecturer in law at Bangor University in the U.K. This article was originally published on The Conversation.