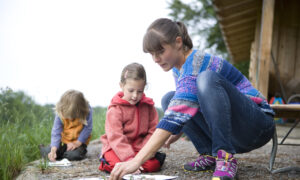 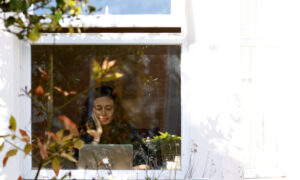 How to Make the Most of a Virtual Internship
0 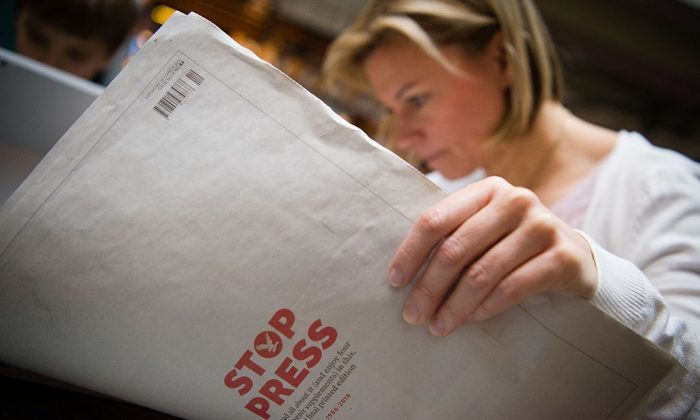 A woman poses reading a copy of the final print edition of the Independent newspaper in London on March 26, 2016. (Leon Neal/AFP/Getty Images)
Life & Tradition

Why the History of News Explains Its Future

Was May 2016 the month that faith in print newspapers finally died?

On May 6, The New Day, a tabloid print-only newspaper launched by publisher Trinity Mirror in the U.K., shut down. The paper was the first new national daily newspaper in the U.K. for 30 years. It closed after just nine weeks.

The New Day seemed like a last-ditch attempt to sail a boat of print against the tidal wave of online news.

This is just one episode in the dramatic upheaval taking place in the world of journalism that also has seen the shutting down of once established newspapers as well as the emergence of the “citizen journalist” and the popularity of instant, real-time, unmediated news on digital and social media.

Much of this information is self-promoting, unedited and not fact-checked. The current freewheeling world of news seems like journalistic hell to many in a business where American newsrooms shrank by 40 percent between 2007 and 2015.

But as our research shows, the decline of print journalism will not be the end of news. Not only does this reassure the two of us about the “crisis in journalism.” Our many years of studying the story of news from the 17th century on make us positive about the future. Change, not stability, has been the steady state of news over the long arc of history.

News Isn’t the Same as Journalism

The root of the present pessimism lies, we believe, in the failure of reporters, editors and scholars to draw a distinction between journalism and news.

Reams have been written, for example, about how journalism needs a 21st-century creed or must adopt values of transparency instead of objectivity.

Journalism is a type of news reporting that has existed for a relatively brief period.

News, on the other hand, has been with us for centuries.

News existed before the concepts of fairness and objectivity, before anyone thought a newspaper should have editors and reporters.

News could be seen in the feature-like personality sketches that John Aubrey wrote for his English friends (and posterity) in the 17th century about such individuals as William Shakespeare and Thomas Hobbes. News could be found under the Tree of Cracow in the 18th century, a chestnut tree in a Parisian garden where people with inside information exchanged newsworthy tidbits. And in Philadelphia printer Benjamin Franklin gathered news by strolling to the wharf when ships arrived to get the latest mail and overseas newspapers for materials to publish in his Pennsylvania Gazette.

News in the days before industrial steam-powered printing presses and telegraphy was already cosmopolitan. Cities were the hubs of information. Urban dwellers often sought to learn more about other cities than surrounding rural areas. Cities occupy a similarly dominant position in the globalized news of today. Consider this recent data point as reported in the Washington Post:

If you want a reporting job today, your best bet is to move to D.C., L.A., or New York. They were home to almost one in every five reporting jobs in 2014, up from one in eight in 2004. Anywhere else, your journalistic job options are dwindling.

In the 17th and 18th centuries, news often cost nothing because it was produced by amateurs for the amusement of a few. Even “for sale” news was often an afterthought. Franklin’s newspaper was ancillary to his printing business, not by any means his chief activity, although we tend to emphasize it now.

In contrast, today’s dominant understanding of journalism, often called the Anglo-American model, evolved at the end of the 19th and the beginning of the 20th centuries. It paralleled the rise of professions and technology changes—such as rotary printing presses—that created high barriers to entry to the newspaper business.

The values that emerged from this system insisted, for example, on separating the commercial side of the newspaper from the news portion.

Many scholars as well as many journalists idealistically view these values as providing universal, permanent standards for news, just as Francis Fukuyama’s 1992 “End of History” argued that the end of the Cold War had settled all the big questions about forms of government.

But history—and news—does not work that way. This 20th-century moment of high professionalism is an exception in the history of news, not its defining moment. In important respects it was an aberration. Not least because of the cost.

Foreign bureaus and investigative reporting are expensive as are state and national news bureaus, stand-alone Sunday book reviews, and specialized reporting on health, science and business.

At the high point of Anglo-American journalism, when news business coffers brimmed, this was sustainable. Newspapers enjoyed average annual returns of 12 percent; magazines were nearly as high at 10 percent, as media economist Robert Picard has shown. During that same time, grocery store profits were in the two percent range and department stores around four percent.

This highly profitable system was made possible by a complex set of subsidies supporting aggressive news-gathering.

Advertisers subsidized American newspapers to reach the mass market of consumers that arose in the late 19th century. By the mid-20th century, advertisements covered about 80 percent of newspaper operating costs. Readers paid the remaining 20 percent, which roughly equaled the cost of delivery, so advertisers subsidized readers too.

Readers also subsidized each other. The reader who cared little about hard news paid for the paper to learn sports scores, television listings, and supermarket sales. Expensive news, such as investigative journalism, was paid for by people who very often didn’t read it.

The resulting newspaper, which provided a bit of something for everyone, was relatively cheap and thus attractive to potential consumers.

This was an excellent financial model—as long as technology did not change much. But now it has thanks to the low-cost-of-entry, low-cost-of-production competitors on the Internet.

These challenges have forced changes in the newsroom unimaginable ten years ago.

Then, no New York Times editor would have countenanced advertising that mimicked news, as it would blur the strong line that separated the editorial functions from the rest of the paper. Today, so-called native advertising accounts for 10 percent of the Times’ digital revenue.

While many of these developments seem earth-shattering, they are not wholly novel.

To give just a few examples, the contemporary news environment is increasingly filled with citizen journalists supplying news for free over platforms ranging from Twitter to the Huffington Post. They operate without editorial supervision as Aubrey did in the 17th century. These individuals, like the unemployed Eliot Higgins, who became the leading expert on munitions in Syria, are unpaid, but their skills and information provide crucial fodder for commercial media companies. They also live a similarly precarious existence to printers in the 18th century, when newspapers would blossom and fold continuously.

As a Briton and an American, we recognize the Anglo-American model’s virtues and believe it will continue. But it is now going to coexist with other models.

New technologies that have disrupted the Anglo-American model have paradoxically retrieved older ways of conveying news.

In our “news” today, we can see the reemergence of the tattler, the party pamphlet, the recondite journal of opinion, the yellow rag, the journal of commerce, the sob sister, the literary journal, and the progressive muckraker. The amateur citizen journalist, toiling solitarily as Aubrey did, exists side-by-side with the school-trained reporter in a large newsroom.

Both news and journalism are constantly evolving.

The demise of Britain’s New Day might spell the beginning of the end for print-only newspapers. But one thing is certain. Today’s newspapers will not be following in the footsteps of the Dublin Gazette, which in November 1670 stopped printing because “there was no news.”

John Maxwell Hamilton is Global Scholar at Woodrow Wilson International Center for Scholars, Washington, D.C. Hopkins P. Breazeale is a professor at Manship School of Mass Communications, Louisiana State University. Heidi J.S. Tworek is an assistant professor of international history at the University of British Columbia. This article was originally published on The Conversation.