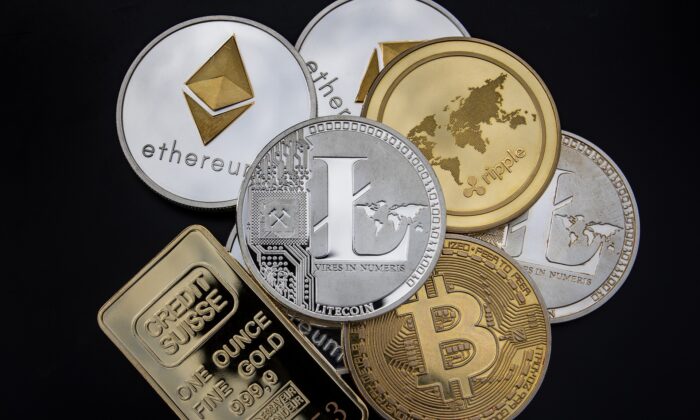 Why the Government Wants Cryptocurrency Regulated

As the market for cryptocurrency continues to grow the regulators in Washington and Wall Street are increasingly worried.

While regulators have blamed cryptocurrency for illegal uses like funding terrorism and funding illicit drug operations, the truth of the matter is that cash is mostly used for illicit activities, not cryptocurrency. The worry is that government will be unable to tax capital gains.

In the United States all forms of government, from the feds to state and local municipalities, expect the ability to tax citizens based on data provided from third parties not necessarily data provided from the asset holder or tax payor. Cryptocurrency, which is decentralized, does not have a central clearing unit that reports investor activity to the feds.

Finally, with retail investors moving in droves to free trading apps and crypto platforms Wall Street is not only worried they will miss out on lucrative commissions from the crypto gold rush, but they are also terrified the customer will discover they no longer need Wall Street.

Regardless of the concerns from the powers that be there are substantial issues afoot within the American financial system. For such a wealthy country the United States has a surprising track record of allowing serious financial illiteracy to flourish. According to a 2014 report by S&P Global on financial literacy, only 57 percent of American adults are considered financially literate.

What does financially literate mean?

It means you understand the very basics of finance, from mortgages to balancing your accounts to investments for college and retirement. The financial powers of Wall Street have fostered growing inequality and the growing lack of financial knowledge for one simple reason: controlling the flow of profits. Wall Street has been doing this since day one.

Financial illiteracy holds people hostage and creates dependency on our broken banking system and financial intermediaries. Unfortunately for many Americans, these intermediaries are often just salespeople who push high commission-oriented products on consumers without the client’s best interest in mind, with some investments even designed to lose money over time through egregious fees and asset decay.

It is not hard to see what has been happening, rich clients have been given opportunities to make more money and middle class and hardworking Americans have been given worthless investment opportunities without any recourse to the big banks or the corrupt advisors who distributed these products to the investor.

When I was deeply involved in the family office world a mainstay of my portfolio was trading IPOs (sometimes called new issues). I could always count on new issues to make an easy profit and the banks were always willing to allocate IPOs to my account because I was a family office client and I generated fees for the bank.

In those days IPOs were slightly underpriced and they would typically pop on the first day of issue, resulting in immediate profits. These IPOs were only available to “qualified investors” which is code for high-net-worth individuals or wealthy families. The banks were only willing to give wealthy investors the choice stock, everyone else was passed over, or even worse, they were told to buy IPOs after people like myself took profits and unloaded them in the open market.

It is my opinion that cryptocurrency helps promote overall financial literacy and financial independence.

In many ways, cryptocurrency teaches people the basic tenants of finance and investment including valuation, trading, payments, and clearing.

While crypto is not without its risk, cryptocurrency is a net positive for the consumer.

The only real issue I have with Bitcoin as an investor has been its wild fluctuations and price swings, but that does not mean the technology is flawed. There are tremendous uses for blockchain—the underlying technology that powers cryptocurrencies—as we have seen with the development of various tokens (NFTs), decentralized financial products, and asset distribution.

A Jan. 31, 2022, report by Chris Kuiper and Jack Neureuter from Fidelity Digital Assets, the institutional platform for digital assets at financial giant Fidelity Investments stated “Bitcoin’s first technological breakthrough wasn’t as a superior payment technology but as a superior form of money.

While Bitcoin was clearly the first and is the most famous cryptocurrency there are many others gaining popularity like Ethereum, Solana, and Cardano.

In fact, most NFTS are minted on Ethereum and Solana, with Solana gaining increased market share from lower transaction fees (transaction fees are called “gas fees” in the NFT world).

Such technology is still in its infancy, and soon serious transitions will take place. Right now Bitcoin and Ethereum rely on “proof of work” which is very secure but takes more time and energy than the opposing “proof of stake.”

Proof of stake requires participants to put up cryptocurrency as collateral and lock in the asset—which is called staking—essentially locking up your cryptocurrency in order to empower transactions and reap rewards. Staking is a way of earning rewards for holding the asset, almost like an old-school savings account.

Staking offers a return on investment in the form of interest paid out in crypto for staking the assets over a period of time, often paid out per month. Staking is just another way cryptocurrency breaks the old mold of finance and investing by providing a reliable source of passive income that ranges anywhere between 5 percent and 20 percent per year. With the way decentralized finance and cryptocurrency is going there is a huge chance annual staking returns will be even higher in years to come.

Efforts in Washington to regulate cryptocurrency—no matter how slow such regulation is rolled out—might hinder the price of Bitcoin but at this point there is no stopping the growth and mass adaptation of crypto in general.

Untold wealth has been created over the past few years from cryptocurrencies and I’ve only discussed the financial implications in this article, I haven’t even begun to touch on what cryptocurrency, blockchain, and NFTs are doing in the form of revolutionizing assets, from stocks and bonds to collectibles, asset ownership, and wealth in general.

It is well known that the Federal Reserve is even working on a digital dollar project.

Yesterday, famed economist Kenneth Rogoff, criticized the U.S. government on its failure to swiftly apply crypto regulation, stating: “It is not difficult to fathom why the United States’ central bank is especially resistant to any quantum change in the existing financial system. But while policymakers’ reluctance to rush into launching a digital dollar is understandable, that is no excuse for the slow pace of cryptocurrency regulation.”

It is time for the United States to embrace crypto and move towards mass adaptation of the technology not only to enhance Americans’ financial literacy but also to allow this new way of achieving the American dream to flourish.