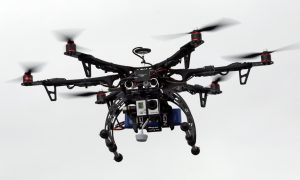 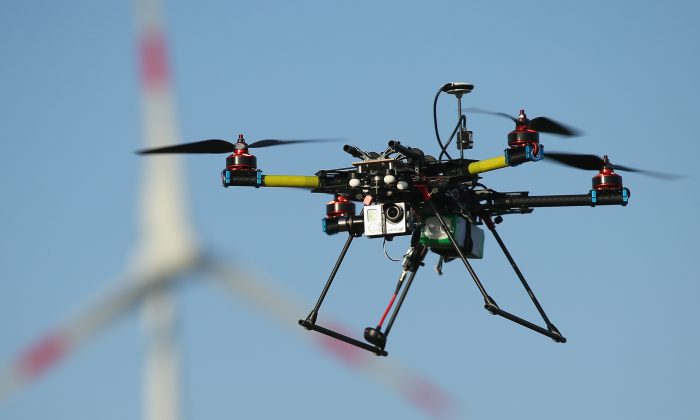 Why the Government Is Worried About Potential for Drone Terrorism

On July 29, a small drone flew over the walls of a prison, dropping small packages of drugs and tobacco in the middle of a facility in Ohio, sparking a brawl in the courtyard as inmates fought one another for the prized possessions.

The incident was just the latest episode of a series where drones, capable of easily scaling barriers that people aren’t capable of, were being used intentionally to break the law.

In January, Mexican officials found a flight-wrecked drone, loaded with methamphetamine, in the parking lot of a supermarket less than half a mile from the U.S. border.

Since 2012, there have been more than 500 “encounters” with drones at sensitive sites, according to a memo the Department of Homeland Security sent to various agencies warning about the threat of terrorism posed by drones, obtained by ABC Radio.

“We cannot rule [out] the ability of future adversaries to acquire and use a commercially available [drone] as part of an attack within the Homeland,” reads the DHS Office of Intelligence and Analysis memo.

Officials aren’t too worried about drones being used to smuggle drugs across countries for now—not because the drones can be easily detected, but because at most existing drones can carry only a few pounds of freight, and cartels prefer to ship in hundreds of pounds of contraband at a time.

But it is true that for now, drone-detection technology is limited and therein lies the potential terrorist threat.

In April, a U.S. postal worker was able to fly a drone from outside of Interstate 495 highway—which traditionally circumscribes the area where the federal government is centered—onto the West Lawn of the United States Capitol, violating federal law by flying into highly prohibited airspace.

Drones are much smaller than regular airplanes and fly at extremely low altitudes. According to a Senate inquiry into the incident released on Aug. 5, the drone “was indistinguishable from a flock of birds or a weather pattern” to the trained radar tracker.

According to Federal Aviation Administration Administrator Michael Huerta,  the drone “went in and out of radar detection due to its altitude fluctuations and appeared on the radar similar to a weather event, bird, or balloon,” the report states.

The report authors recommend improved cooperation between the agencies that guard federal airspace and the acquisition of better radar technology.

Security around the White House isn’t much better. In May, a drunk man crashed a drone on White House grounds in the middle of the night. The solution wasn’t very promising in terms of countering a terrorist threat: The manufacturer of the drone, DJI, updated its firmware to install a “geofence” around the White House, the same invisible barrier that it sets up around major airports that automatically shuts down a drone if it flies too close.

Geofencing is popular with property owners who are concerned that stray drones could pose a security or a privacy risk. An initiative called NoFlyZone, has been set up to connect home owners with drone manufacturers, allowing the former to sign up for their home as a “no fly zone” for drones.

As a security measure, geofencing is far from a silver bullet. Drones are easy enough to modify—drug cartels and Ukrainian paramilitary troops are reportedly already using customized drones—and even hobbyists are starting to build their own drones.

The problem with existing radar technology is that radars modified to flare up when drones are in the vicinity will also react when there are birds nearby.

However, new forms of drone surveillance are in development. Documents obtained by the Guardian in June show that NASA is teaming up with Verizon to explore the possibility of a communications and surveillance system for drones that deploys not only radars but also satellites and cell towers.