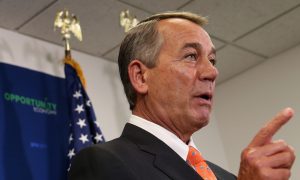 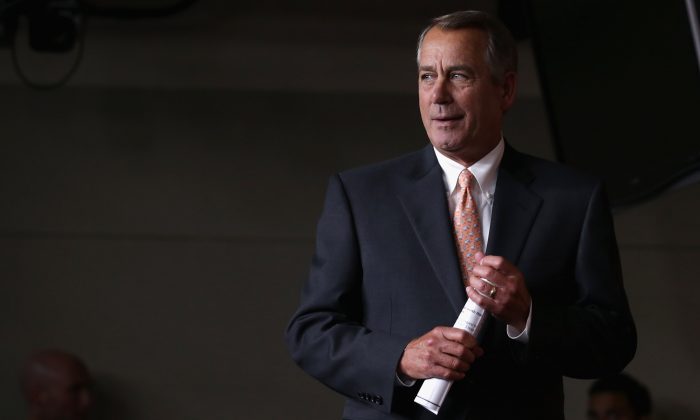 The House voted to pass a bill funding the Department of Homeland Security (DHS) for the rest of the year, ending a protracted fight over the president’s November immigration policies that resulted in a defeat for Republicans.

In January, the House passed a bill funding the DHS for the rest of the year including amendments that would rollback the president’s deferred action programs. The programs would shield five million illegal immigrants from deportation and grant them work permits.

Senate Democrats repeatedly filibustered the bill in the weeks running up to the deadline on Feb. 27, when funding for the DHS would run out.

The Senate had earlier passed a “clean” version of the DHS bill without the provisions that defunded President Obama’s programs, but the House initially held out, passing a temporary one-week funding bill before passing the funding bill on Tuesday.

House Speaker John Boehner (R-Ohio.) put a clean version of the bill to a vote Tuesday, where it was passed on a 257–167 vote, with 75 Republicans joining every single House Democrat.

The defeat was predicted by many Tea Party Republicans who had questioned the GOP leadership’s willingness to fight the president’s immigration policies from the very beginning.

“I fought tooth and nail against Cromnibus in December because I said in December this gives up our leverage and it puts us into effectively a boxed canyon,” Sen. Ted Cruz (R-Texas.) said in February.”The Cromnibus was leadership’s plan. I said at the time it is a bad plan and it is a plan that is designed to lose.”

Many Republicans wanted to include defunding provisions in the government-wide omnibus funding bill passed in December, but Boehner cajoled rank-and-file House Republicans to narrowly pass the bill. Boehner had promised in December that the GOP would use funding for the DHS as leverage in 2015 to defund the president’s immigration programs.

The move was widely seen as a betrayal to GOP efforts to block the president’s immigration policies, and in January several Republicans made an unsuccessful attempt to unseat Boehner from his Speakership.

Boehner justified his decision to let a clean funding bill pass by referring to a recent injunction by a federal court judge that temporarily froze the president’s deferred action programs. The injunction has been appealed and could be overturned by an appeals court.

“The good news is that the president’s executive action has been stopped, for now. This matter will continue to be litigated in the courts, where we have our best chance of winning this fight,” Boehner said, according to the Hill.

Some members of the House leadership had long opposed efforts to defund the president’s immigration programs. In November, House Appropriations chairman Hal Rogers (R-Ky.) falsely asserted that it was impossible for Republicans to defund those programs because they were self-funding.