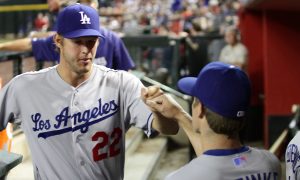 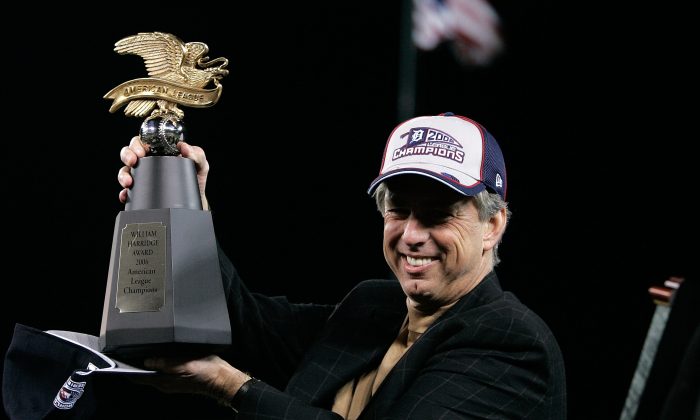 The four-time defending division champion Detroit Tigers let go of successful GM Dave Dombrowski on Tuesday, Aug. 4, in a stunning turn of events that has the baseball world wondering where the talented team architect will end up next—and why he’s out of a job in the first place.

Dombrowski took over Detroit in 2002—right when the 100-plus-year-old franchise might have been at its lowest point. The hapless Tigers hadn’t been to postseason since 1987 and the team proceeded to lose more than 100 games in each of his first two seasons.

But Dombrowski—who had previous success as GM of the Montreal Expos (1988–1990) and the then-named Florida Marlins GM (1991–2001)—slowly starting infusing the club with talent.

He signed 13-time Gold Glove winner Iván “Pudge” Rodríguez to play catcher in 2003. The next spring he drafted future MVP and Cy Young winner Justin Verlander with the second overall pick of the draft. The next season he added five-time All-Star Magglio Ordóñez to the outfield.

How Trades Get Done After MLB’s July 31 Deadline

Meanwhile, the team started climbing the ladder in the AL Central, going from 43 wins in 2003 to 71 and 71 the following two years. But that wasn’t enough progress for Dombrowski, who made one of his best moves following the 2005 season in replacing manager Alan Trammell with the one and only Jim Leyland.

Leyland molded the up-and-coming team into an instant contender. The former Pirates, Marlins, and Rockies manager led Detroit to 95 wins and an AL pennant in his first season.

After a 2007 season that saw the Tigers win 88 games, Dombrowski went all-in on a trade with the Marlins that netted him future two-time MVP Miguel Cabrera. In return, Detroit sent Florida a batch of prospects, of which only reliever Andrew Miller panned out.

With the best hitter in the game in Cabrera and the best starter in Verlander, Detroit soon took over AL Central, winning the division every year from 2011 to 2014.

The only thing that had eluded Dombrowski with the Tigers though was adding a World Series title. Despite five trips to the postseason and a pair of AL pennants, Detroit never hoisted the Commissioner’s Trophy.

This season with injuries limiting stars like Verlander, Cabrera, and Martínez the Tigers—who owe the trio more than $400 million in future salaries—were hamstrung by payroll to hold onto Scherzer or add any stars. It’s a salary crunch problem that happens to most long-running dynasties.

But Dombrowski certainly had earned the right to rebuild the team again. After all, he’s done it before.