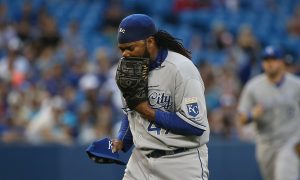 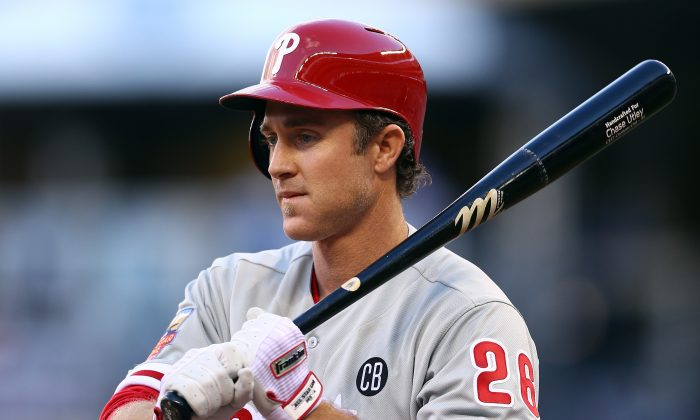 Chase Utley has won four Silver Sluggers and been named to six All-Star teams in his career. (Elsa/Getty Images)
Baseball

When Philadelphia’s six-time All-Star second baseman Chase Utley reportedly cleared revocable waivers last week, it wasn’t because no team wanted the 36-year-old, who just recently got his average above the .200 mark.

Utley is seen as a great teammate and clubhouse presence, as well as a clutch postseason player—he hit five home runs in the 2009 World Series, as the Phillies lost in six.

Utley cleared waivers partly because he wasn’t hitting like he used to, but mainly because he’s owed more than $6 million this season, as well as another $2 million for his buyout next season—unless he somehow reaches 500 plate appearances (he’s still 223 short), which would trigger a mammoth $15 million vesting option for 2016.

But the scene has suddenly changed for the four-time Silver Slugger, who’s hitting .500 in 26 August at-bats, including five doubles and a home run, since returning Aug. 7 from an ankle injury that had him shelved for six weeks.

Is it a fluke? Based on his recent performance, probably not.

It was only last season that Utley made his latest All-Star appearance, hitting .270 with 11 home runs and 78 RBIs. The numbers were a far cry from his prime years of 2005–09 when he averaged 29 home runs, 101 RBIs, 110 runs scored, and a .301 batting average—spectacular numbers for a middle infielder—but still above average for a premium position like second base.

The California native, who can veto any trade from the struggling Phillies due to his rights as a 10/5 player (10 years in the majors, last 5 with the same team), may want to consider green-lighting a deal to the Cubs instead of his native West Coast roots—should the opportunity come up this month.

Chicago, which has jumped into the playoff race with 16 wins in their last 19 contests, recently moved prized rookie infielder Addison Russell from second base back to his more natural shortstop position, while struggling incumbent shortstop—and former three-time All-Star—Starlin Castro moved into a utility role.

That means there’s an opening at second for the Cubs, who would probably prefer to move Castro and avoid a possibly uncomfortable situation, and therein lies the framework of a trade—Utley for the 25-year-old Castro.

There’s risk on both sides of this deal. While Castro is young and talented—he led the league in hits as a 21-year-old in 2011—he’s hitting just .237 this year and is owed roughly $40 million from 2016 to 2019. Meanwhile, Utley has been injury-riddled in recent seasons and is nearing the end of his career.

The Cubs may have to throw in a mid-level prospect or some cash to balance out the deal, but Castro is young enough to bounce back with a change of scenery—much like Hanley Ramírez did after going to the Dodgers.

On the other hand, Utley is good enough to help the Cubs get to and advance through the postseason. They would also have the inside track on signing him to a reasonable contract for next season, should the deal work out.

It’s not a perfect deal, but every trade has risk.