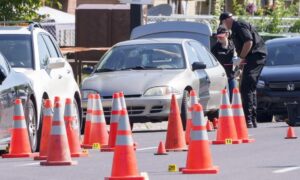 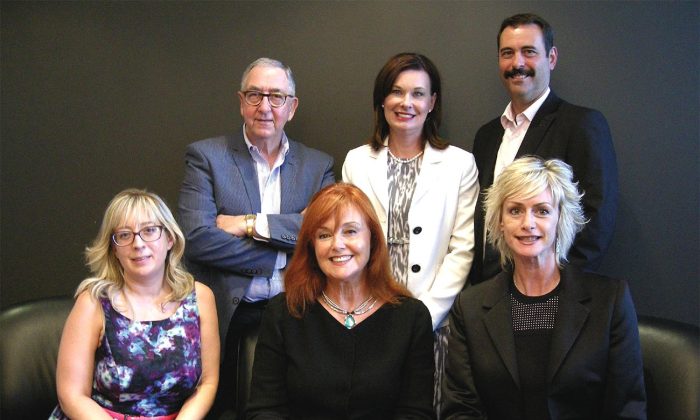 (Back L-R) David Eisenstadt, founder of tcgpr (The Communications Group Inc.); Linda O’Connor, CEO of Ryan Design; and David Klugsberg, president and COO of L.A. Inc. (Front L-R) Lianne McOuat, VP of strategy with McOuat Partnership; Barbara Lawlor, president and CEO of Baker Real Estate Inc.; and Tami Kenwell, president of Madhouse Inc. A recent Epoch Times roundtable brought together these top real estate sales and marketing players to discuss the importance of the Chinese market and offer insights into how they cater to it. (Epoch Times)
Canada

Why the Chinese Market in Toronto Matters

They were the first to understand condos were Toronto's future. Today, they remain a dominant force
By Ryan Starr
biggersmaller
Print

When Barbara Lawlor joined Baker Real Estate Inc. 23 years ago, there wasn’t much of a condominium market to speak of in Toronto. But there was the odd project here and there, and as Lawlor recalls, it was the Chinese brokers who first recognized the opportunity.

“They understood the future of our housing in Toronto would be condominium,” Baker Real Estate’s president told a recent Epoch Times roundtable, which brought together the city’s top real estate sales and marketing players to discuss the importance of the Chinese market and offer insights into how they cater to it.

“(The Chinese) saw the potential of condos back then. We saw it back then, too, and it’s evolved into a major industry in Toronto.”

And it’s still Chinese brokers and buyers driving sales at big projects. Take The Rosedale on Bloor for example. Last month’s highly anticipated launch of the 476-unit tower—which includes a first-in-Canada Canopy by Hilton hotel—drew more than 800 brokers, according to Lawlor, far more than could fit into the sales centre. “The Chinese brokers were out in droves.”

Ryan Design CEO Linda O’Connor, who estimates 80 percent of her company’s business is connected to the Chinese market (she even has special business cards with her name embossed in Chinese script), noted that her team just launched Unionville Gardens, a condo and townhouse development at Highway 7 and Village Parkway, and in short order they sold over 200 units.

“And it was 100 percent Chinese buyers—we didn’t even have a sales office there yet,” she said.

Ad agencies and sales and marketing firms hold the Chinese market in particularly high regard, and make a concerted effort to woo it to ensure the success of projects. Brokers with ties to this community—both here and abroad—get platinum status and VIP treatment at launches, and access to the best selection of suites for their clients as a result.

And whether it’s choosing Chinese-inspired names for projects (Dragon, Lotus, Tea Garden, Jade); timing sales campaigns to coincide with Chinese New Year or the Moon Festival; using lucky numbers in promotional materials (8, 6, 9) and avoiding the use of unlucky ones (4, 14); or choosing colours known to appeal (gold, red, but not black), real estate sales teams go to great lengths to reach out and touch Chinese buyers.

“It’s not surprising a great part of our real estate market is Chinese,” Lawlor told the roundtable, noting that 1.5 million Chinese people living in Canada have ancestral roots in China.

“Some came here 50 years ago and have multiple generations of family that were born here. It speaks to why we see so many people of Chinese descent showing interest in condo projects,” she said. (It is estimated that 60 percent Chinese Canadians are from mainland China, with the remaining 30 percent hailing from Hong Kong.)

David Eisenstadt, a partner with tcgpr (The Communications Group Inc.), pointed to the fact that his Chinese media list has grown “tremendously” in recent years (including the launch of the Epoch Times in Canada), providing message-shapers like him with more opportunities to spread the good word about Toronto real estate projects.

“They’re targets to reach those consumers who are very important to the clients we represent,” he said.

And Chinese investors overseas have been hearing from friends and family about the fabulous deal that is Toronto—a thriving market in a stable country with bargain property prices that offer great upside—and they want a piece of the action.

“There are lots of friends and family over here helping people from the old country,” Lawlor said, noting Baker Real Estate recently opened a sales office in Shanghai. “There’s just so much activity and action coming into Toronto from mainland China.”

The Chinese economy is going through big changes at the moment, she added. “So they want to put their money somewhere they know is safe and will grow. And because of Canada’s economy and the low dollar, we’re very attractive.”

Despite the obvious allure of Chinese buyers/investors, the roundtable was loathe to acknowledge that it made any kind of concerted effort to target the market specifically.

L.A. Inc. president and COO David Klugsberg said his firm has done project branding that’s “very strongly” directed toward the Chinese community (he cited the project Love in Scarborough as a prime example) but that typically, especially for condos in the downtown core, “we look at the market as anyone who could potentially be living there, renting, buying. Overall it’s about what are the right finishes and amenity package for that building, for that location.”

Tami Kenwell, president of Madhouse Inc., concurred, pointing to her team’s work on the marketing of Dragon Condos. Despite the development being located right in Chinatown, “we approached this as we would with every community… we looked at the brand proposition and came up with a great digital campaign, and then we heavily saturated Chinese media to make sure we get our message out.”

When the goal is to woo Chinese buyers, sales and marketing gurus know which aspects of a project should be emphasized. “Highlighting specific amenities is important,” said O’Connor. “Like a tai chi garden would be one, or a zen garden, or waterfalls.”

And it’s key that the design of homes accounts for the fact that multiple generations are likely to be living under one roof, as per cultural practice. “We make sure there’s an additional master bedroom of equal size.”

Above all else, though, Chinese buyers are focused on price and ROI. “They’re interesting in what you get if you rent it, what’s the traditional return?” said Lawlor. “The financial end of the deal is very important.”

When it comes to location, the Chinese have traditionally had their areas of preference, namely Scarborough, Markham, or Richmond Hill.

And buyers who’ve purchased detached homes in these areas in years past have in recent years been using the equity from those now-lucrative investments to buy condos downtown (typically renting them out to generate additional income).

But the market has been shifting, according to McOuat Partnership’s VP of strategy Lianne McOuat. “I focus more on low-rise communities,” she told the panel, “so I’ve been able to track ethnic migration patterns and see where Asian buyers have been comfortable living in the GTA.”

Bayview and Sheppard has become a popular node for Chinese condo buyers of late, for example.

But more and more Chinese buyers are looking at low-rise homes as investment vehicles, McOuat noted. And that means they’re willing to go beyond what used to be their defined market boundaries.

“Only a few years ago we’d say, Chinese buyers won’t go east of McCowan, won’t go north of Major Mac … but it’s been really fascinating in the last two years to see that they’re moving to and investing in places like Newmarket, and as far north as Queensville and Sharon,” she said.

“We had low-rise projects that opened this year in those places that sold out, and almost all to Chinese buyers,” she added. “And that never would have happened before. So it’s certainly a growing trend.”

Chinese investors have a particular affinity for student-housing related developments.

Lawlor told the roundtable there’s “tremendous interest” from the community regarding which schools and universities are within proximity of a project they’re pondering investing in (whether it’s for the sake of a student in the family, or with an eye toward rental-income potential).
“Every development we launch, they want to know what are the mid-level schools and what’s the access to the university. It’s hugely important,” she said.

Baker Real Estate is about to launch York Condos in downtown Markham, where it was recently announced York University will be opening a satellite campus in conjunction with Seneca College. “That’s been a big driver of interest from the Chinese community,” said Lawlor. “It’s been off the charts.”

Downtown, Klugsberg said, the condo market has been moving east of Yonge Street in recent years, spurred in large part by the opportunity to provide accommodation for Ryerson University students who are sorely underserved in that department.

And McOuat noted that at The Academy, a condo project at Morningside and Ellesmere near University of Toronto’s Scarborough campus, 339 units sold out in 20 days last year; and student-housing-focused projects that McOuat Partnership and tcgpr worked on together in Kingston and Ottawa have met with similar success, with more on the way.

“And we’re speaking directly to the investment angle, that these will give purchasers guaranteed income, which Chinese buyers love. We didn’t have to be subtle about the fact they’re going to make money on this, and that’s the whole premise,” she said.

“We said it was a golden opportunity.”