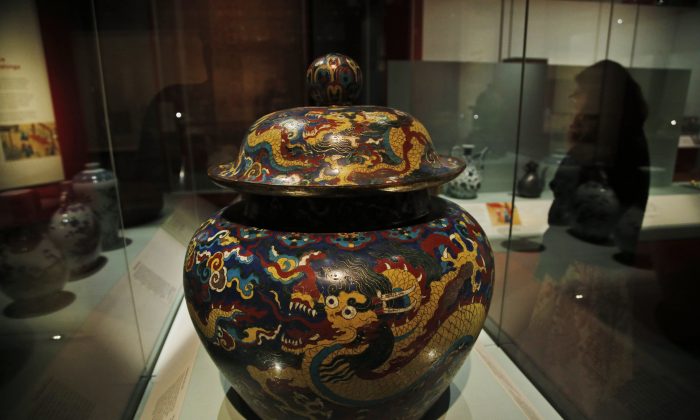 A Ming dynasty jar at an exhibition at the British Museum in central London, Sept. 15, 2014. (AP Photo/Lefteris Pitarakis)
News

The Obama-Xi summit concerns itself mostly with politics, so let’s have another look at Xi Jinping’s poetic metaphor of the Chinese economy.

“If you liken it to a large ship on the sea, the question you ask is whether it is sailing in the right direction, does it have sufficient engine power and energy to stay long. Any ship, however large, may occasionally get unstable sailing on the high sea.”

That metaphor is essentially correct. The problem is China has been a large ship at sea for 15 years and never ran into real trouble.

Here is where the vase comes in. China has always prided itself for being stable and being able to manage the economy on a perfect glide path. This is not good, according to author Nassim Taleb.

“Some things benefit from shocks; they thrive and grow when exposed to volatility, randomness, disorder, and stressors and love adventure, risk, and uncertainty,” he writes in his 2012 book “Antifragile.”

At a presentation in New York given in 2014, he likened an anti-fragile system to a cat: always under stress; exposed to massive volatility, but perfectly able to absorb these shocks, including a drop of several feet.

On the other hand, he cited the example of a porcelain vase. It’s perfectly stable, no volatility, no movement. Until it drops to the floor.

Once volatility works on the vase the same way it works on the cat, the vase will break because it cannot absorb shocks being rigid and stable.

This is why the volatility currently affecting the stable Chinese economy is so problematic. Rather than a ship at sea or a cat, which can sustain minor and major shocks, the Chinese economy rather looks like a vase which just started to hit the ground.

In the words of hedge fund manager Jim Chanos: “This is going to be a slow motion unwind, very similar to Japan, but on steroids.” Just like a vase breaking in slow motion.