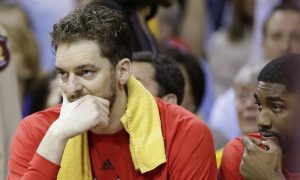 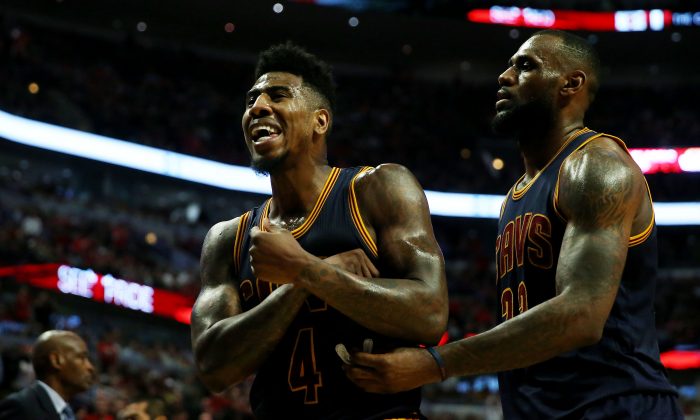 The NBA’s Eastern conference is weak—we know that much already. But, is it weak enough for LeBron James and the Kevin Love-less Cavs to make it past the top-seeded Hawks and through to the NBA Finals?

From what we’ve seen of the four-time MVP James and the not-so-sure-footed Hawks, the answer is yes—though it’s not that simple.

As sure as the Hawks were in the regular season in their march toward a 60–22 record, they’ve been remarkably unsure in these playoffs. Atlanta needed six games to top the eighth-seeded Nets—the worst team to make the postseason—and then six more to just get past a Wizards team that was without star guard John Wall for half the series. (And I haven’t even mentioned how close Paul Pierce was to sending Game 6 to overtime.)

One thing the Hawks have going for them is their health (which is good). While stars like Wall, Love, Chris Paul, Mike Conley, and Pau Gasol have all missed time this postseason, Atlanta has avoided any major losses.

Meanwhile, the Cavaliers didn’t exactly look like world-beaters against Chicago, but they took advantage of the Bulls’ weaknesses to prevail. LeBron and company lost two of the first three to the Bulls before capitalizing on Gasol’s absence to win Games 4 and 5, and then throttled them in Game 6 in Chicago.

Still, it was impressive that they prevailed without Love—who’s still one of the top power forwards in the league.

How did they do it?

The Cavs clamped down defensively on Chicago with second-year guard Matthew Dellavedova making a name for himself as a top-notch defensive player—one who gave Derrick Rose plenty of fits. The former MVP Rose hit just 37.6 percent of his shots on the series as Cleveland ratcheted up their intensity, knowing how one-dimensional the Bulls already are without Pau Gasol.

The result was an offense without an identity. Gone was the scoring near the basket and a big man to bring the opposing team’s big man out to the perimeter. Chicago had to rely on a fair number of jump shots—which are never a good long-term answer. Eventually they missed, and the Cavs prevailed and are on to the next round.

But here’s where it gets tricky. With Love out and James hobbled by a bad ankle, how much do the Cavs have left in the tank? And when are the supposed team chemistry issues—messed up by adjusting to life without Love—going to actually come into play?

Rarely does a team go this far after such a late wrench (Love injury) is thrown into their plans. But Cleveland coach David Blatt, in his first season with the Cavs, knows how high the expectations are with LeBron’s returning home. It’s that desperation they’ve been playing with that should bring them to the Finals. Prediction: Cavs in six.