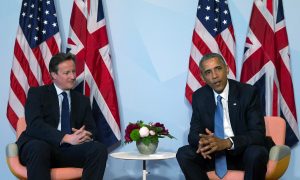 Why Obama Doesn't Want the UK to Leave Europe
0 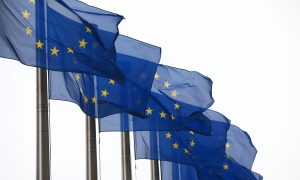 Time for US to Rethink Its Support for European Union
0 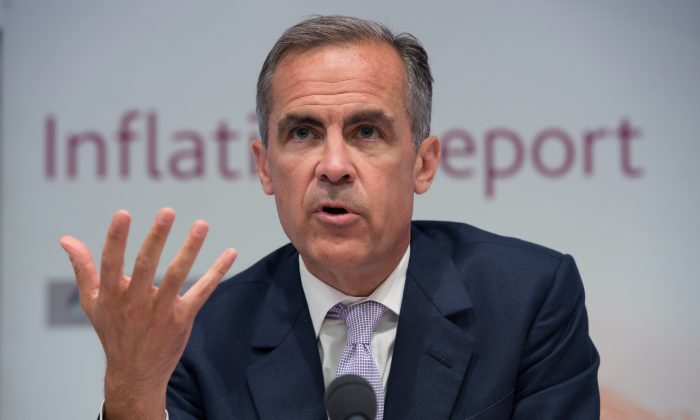 The Bank of England has entered the EU referendum debate. Its report, along with comments from Gov. Mark Carney, emphasize the benefits that membership of the EU brings the U.K. Carney said membership makes the U.K. more dynamic, giving it greater potential for growth, and more resilient to shocks. But he also warned of the need to safeguard the U.K. against further eurozone integration.

The referendum, scheduled to take place before the end of 2017, will ask voters whether they want to stay in the EU or leave. If the U.K. chooses to leave the EU, this will have implications for how the Bank of England controls inflation and manages financial stability. If, for example, the free movement of labor were restricted, this may affect supply and drive up inflation.

The key theme underlying the bank’s analysis is “openness.” By this it means openness to trade and the free movement of goods and services, capital, and people. It argues that the EU’s single market drives down the cost of trade and increases competition, which reduces prices and helps to keep inflation low.

The free movement of capital helps to overcome supply constraints, and the bank reports that the U.K. has been particularly successful in attracting foreign direct investment as a result of EU membership. The free movement of labor helps reduce skill shortages, keeping employment high and wage costs in control. As wage inflation feeds through into price inflation, this also helps the central bank in its key objective of price stability.

In short, a free, open, competitive environment, the Bank of England argues, is a good foundation to build a dynamic and resilient economy with good potential for growth.

The bank claims that the U.K. has been particularly good at harnessing the benefits of this open environment while avoiding the drawbacks faced by some other EU members, which have less flexible economies. But the bank’s report warns of the U.K.’s vulnerability to crises in the eurozone and the need for safeguards against them and further economic integration with the EU. Openness to the EU has brought with it risks of falling EU demand and exposure to the recent debt crises in Greece, Italy, Ireland, and Portugal.

An important speech from Mark Carney—making clear where reform is needed in Europe, as well as the benefits of the single market.

On the other hand, much is made in the report of the benefits of the free movement of people, keeping wage and hence price inflation low and enabling the U.K. to have the right mix of skills and talent. This is at some variance with the current government rhetoric on immigration—which features much talk of reducing immigration, tightening up on visas and aiming to negotiate away some of the rights associated with free movement of people. The bank’s report would suggest that in this respect Cameron’s policy is on the wrong track.

Euroskeptics may take away other messages from the bank’s report. Those on the left may question how the benefits from this open trade, free market environment are distributed. The high employment, low wage outcomes may be good for business and the bank’s ability to control inflation, but this may be at some cost to workers and the more vulnerable in society. Rising inequality has also been a feature of the U.K. economy in recent years.

Why Obama Doesn’t Want the UK to Leave Europe

Time for US to Rethink Its Support for European Union

On the other hand, euroskeptics on the right may also be skeptical of an establishment view that advocates remaining in a club whose ethos they do not agree with and that is perceived to have a democratic deficit. They may argue that further openness to trade at a wider, global level would be more beneficial than at the more restricted European one.

So, in short, the bank has taken a positive view of the U.K.’s membership of the European Union, but one based firmly and narrowly on the benefits of a free market, free trade, competitive environment. This leaves the referendum debate wide open to consider the broader benefits and drawbacks of EU membership, assessed from a wider perspective.

W. David McCausland is a professor of economics at the University of Aberdeen in the U.K. This article was previously published on TheConversation.com.