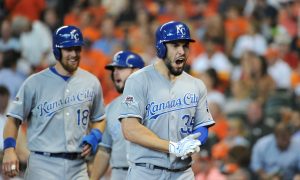 Five Memorable Postseason Series That Turned On a Dime
0 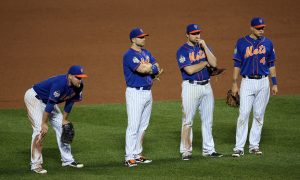 3 Reasons Mets Have a Bright Future
0 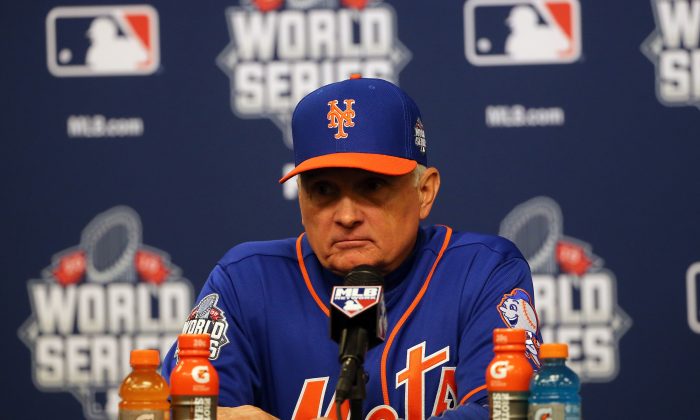 Terry Collins had a plan. The plan was to have ace Matt Harvey be the bridge to closer Jeurys Familia so that the Mets could bypass their not-as-strong middle relievers in an effort to secure the win.

To do it, Harvey needed to get through at least eight innings—which he did. But Harvey was so dominant that he didn’t want to come out. The fans didn’t want him out either. Maybe the only ones who didn’t want to see him back on the mound were the Royals players who had just four singles in eight innings off him and trailed 2–0.

So after a quick exchange, Collins relented and Harvey went back on the hill for the ninth—and promptly let up a run before Collins put Familia in.

However, when Familia came in—with a 2–1 lead and a runner at second—he did his job, inducing a pair of groundouts, only that Lucas Duda’s throw to home should have nailed Eric Hosmer at the plate and won the game for New York.

Instead, the throw—which would have been in plenty of time to beat the Royals’ first baseman—sailed wide and suddenly the game was tied.

That was not Collins’s fault.

Collins knew he had the two-run lead to work with in case Harvey got into trouble. Harvey did, and Collins actually yanked him in time. Had Duda’s throw been a little more precise, the post-game talk would be centering on Hosmer’s base-running gaffe—much like Céspedes’s in Game 4—and not on Collins getting talked out of his plan.

3 Reasons Mets Have a Bright Future

Twelve years ago, New York was the site of one of the more famous instances of a manager leaving his starter in too long when Boston’s Grady Little tried to coax another inning out of Pedro Martínez in Game 7 of the 2003 ALCS against the Yankees.

But the roles were reversed in this one. Little, not realizing that Pedro had mentally checked out, asked his ace if he could continue. Of course, Pedro said he could. Who wouldn’t?

Five Memorable Postseason Series That Turned On a Dime

The decision backfired, though, as the Yankees rallied, forced extra innings, and won the pennant with Aaron Boone’s dramatic walkoff home run. Little was subsequently let go as manager.

The Mets have a good manager and don’t need to make any changes there, but after Murphy’s error at second in Game 4 and Duda’s errant throw in Game 5, their less-than-stellar infield defense was exposed.