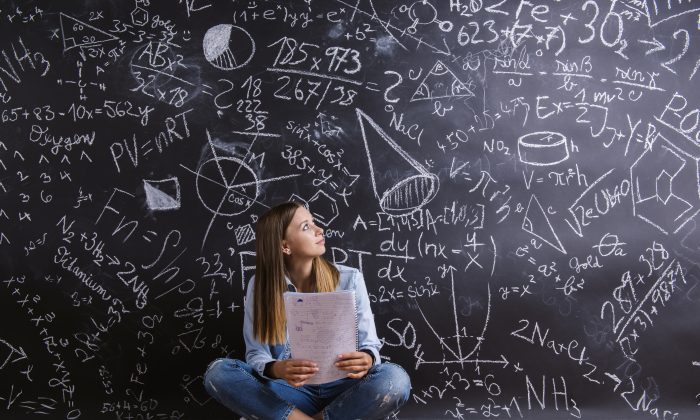 Children often find it difficult to solve problems in the classroom, which can lead to silly errors being made. But are these mistakes made because of carelessness? Or is there another reason to explain why this occurs?

A theory of learning known as “cognitive load theory” can help shed light on why children make mistakes.

What Is Cognitive Load Theory?

Imagine that I asked you to remember the random sequence of letters, “XJGTYR”. How long do you think you could remember it for?

What about if I asked you to remember, “HYSIDHWGDXBU”. Clearly, this second task would be harder.

It has been known for some years that the number of items that we can remember like this over a short period of time is between about five and nine. So the first sequence might be possible but the second would be difficult unless you employed some sort of memory technique.

However, imagine that I now asked you to remember the sequence of letters, “INDEPENDENCE”.

There are 12 letters, just like in, “HYSIDHWGDXBU”. However, your chances of remembering the sequence are far greater.

This is due to the fact that you have a concept of what “independence” means that is stored in your long-term memory. You can therefore assign meaning to the sequence of letters so that it becomes effectively one single item rather than 12.

The limit on the number of items that we can remember over a short period of time is effectively a limit on our processing power.

If we want to manipulate these items in any way then it is likely that we can handle even fewer (some of the five to nine items will be used up in performing the manipulation).

However, as the example of “independence” shows, we can reduce the demands on our processing power – or the cognitive load of a problem – by being able to draw upon concepts that we have stored in our long-term memory.

For example, imagine that you wished to work out 43 x 7 in your head.

This is pretty easy to do if you simply know that 3 x 7 = 21. However, if you also have to work this part out from scratch by repeated addition or some other strategy then you might forget the 280 figure.

A Look at Self-Directed Learning

This is one reason why it is important to memorise multiplication tables; a reason not accounted for by those who argue that knowing your tables is not necessary.

This effect is important and not just limited to mental arithmetic. Many maths questions that students are asked to solve come in the form of word problems.

The key to such problems is to figure out what calculations need to be performed and to monitor your progress against this. This is far easier to achieve if your processing power is freed up from having to work out basic, single-digit multiplication and addition.

This is also why the standard procedures for performing mathematical operations, such as column addition, work so well. They record the intermediate steps in any calculation so that you do not have to hold these in your short-term memory. They reduce the cognitive load.

But this isn’t just about maths.

Indeed, thrown in at the deep end with any kind of complex problem to solve, many novice learners will have too much to think about, become overloaded and will struggle to find a solution.

This is a key reason why approaches such as problem and inquiry-based learning – posing questions, problems or scenarios, rather than simply presenting facts – have promised so much but delivered so little. Yet such methods remain highly popular.

You may have heard the argument that knowledge is now available at the click of a mouse and so there is no longer any need to commit this to memory.

The problem is that you cannot think with information that is lying around on the internet. Knowledge that is in our long-term memory can be effortlessly brought to mind when required.

In fact, this is what tends to happen when we critically analyse sources; we bring our own knowledge to bear on what is being presented. If there is a mismatch between the two then we take a sceptical stance or request more information.

I used to think that my students were sometimes careless and made silly mistakes in their work.

Often, in mathematics, this might result in a failure to properly finish a problem; they might solve for x but then forget to solve for y. In physics, a student might write an answer without giving the unit. In English, a student who can correct spelling mistakes in a sample of text might make the very same mistakes in her own writing.

How Important Is Creativity and Can It Be Learned?

However, when we realise that human processing power is limited, then these errors are exactly what we would predict from students who are not yet experts.

The demands of solving a problem or constructing a text draw upon the student’s attention in such a way that there is no room left to remember to solve for y or to check spellings.

The short-term solution might be to separate these processes in time by suitably structuring and sequencing the instruction; breaking it down into smaller parts such as a discrete writing phase followed by a discrete checking phase.

The long-term solution is to practise to the point where many of the procedures become automatic and don’t require conscious thought, leaving room to attend to the details.