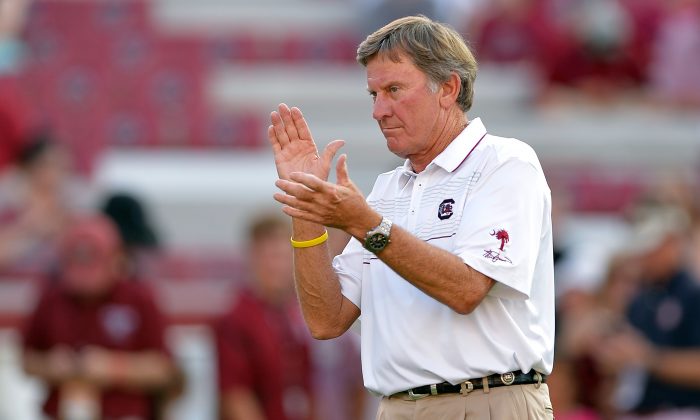 Why South Carolina’s Next Coach Will Have Near-Impossible Expectations

Steve Spurrier has resigned as South Carolina’s head coach following a 2–4 start to the 2015 season and coming off the heels of a somewhat disappointing 7–6 season last year.

To be clear, that the 7–6 record is even considered a disappointment is a testament to how far Spurrier brought the program in his 10 1/2 seasons in Columbia.

In the 15 seasons prior to his 2005 arrival, South Carolina had only achieved that kind of “success” three times, and Spurrier’s worst season—a 6–6 campaign in 2007—is the best “worst” full season of any coach in the last 70 years of the Gamecocks’ 112-year football history.

In addition, his three straight 11-win seasons from 2011 to 2013 were the first the school had ever seen, and that they came in the most difficult conference in the nation—the ridiculously deep SEC, of which they’ve only been members since 1992—made it all the more impressive.

That Spurrier felt the need to resign after a slow start shouldn’t be all that surprising. The ultra-competitive coach has had only one losing season ever—a 5–6 campaign in 1987 when he was a first-year coach at Duke.

Two years after that inaugural season, Spurrier had the Blue Devils at 8–4 and into their first bowl game in nearly 30 years.

From there, Spurrier headed back to his alma mater Florida and led the Gators to nine 10-plus win seasons in his dozen years with the team. Florida brought home six SEC titles and a national championship during the Spurrier era, and the team never won fewer than nine games under his watch.

After a brief stint with the NFL’s Washington Redskins, though, Spurrier was ready to get back into college coaching and the Gamecocks had an opening.

At a place like tradition-rich Florida, keeping that level of talent—or more—is much more sustainable. But not at South Carolina, where a 7–6 record used to be considered a successful season.

Spurrier made it a disappointment, though. He’ll be a tough act for anyone to follow.