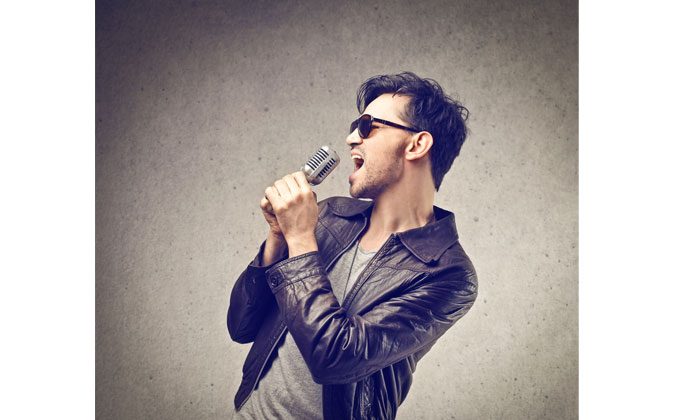 Some unsuccessful "American Idol" contestants—who insist their friends always tell them they're good singers—can't understand why the judges don't agree. If they can't distinguish pitch with their ear, they will have no idea whether or not they're singing on pitch, Zlatan Krizan says. (Shutterstock*)
News

Why Some Tone-Deaf People Think They Are Great Singers

Reality TV has a way of highlighting the worst in people, even when they genuinely think they’re doing their best. “American Idol” is just one example, in which contestants who can’t carry a tune are shocked when told they can’t sing.

This is a natural reaction because we have a hard time accurately evaluating our abilities, according to Zlatan Krizan, an associate professor of psychology at Iowa State University.

People often think they are good at their job or have a talent, such as singing, because of the feedback they receive from employers, family, and friends. Too often that feedback is vague and does not offer any suggestions for improvement, Krizan says. It is much easier to tell someone they are doing a good job instead of being honest and risk hurting their feelings.

“This is one reason why we have barriers to self-insight, because oftentimes, even if we get feedback, it’s not accurate,” Krizan says.

“As a society we make the wrong trade-off by thinking that boosting self-esteem is going to boost performance, and that rarely happens. That empty praise of telling someone they’re great, or pretending there are not skill differences when there are, can really become a problem.”

These misguided perceptions of ability can affect everything from career choice to relationships. If someone has an inflated perception of their abilities, they may pursue a career for which they are not qualified. Krizan and Ethan Zell, a professor at the University of North Carolina-Greensboro, conducted a meta-synthesis of previous research to see how self-insight relates to different abilities.

How Do We Evaluate Ourselves?

The study, published in the journal Perspectives on Psychological Science, finds people have better self-insight of specific skills or tasks with a defined measurement. Speaking a foreign language is a good example of a skill we can determine with high accuracy. You can immediately assess your ability when trying to talk with someone who speaks the language fluently.

With less precisely defined self-evaluations, such as athletic ability, self-insight may be more challenging. People will focus on areas in which they excel and downplay their weaknesses, Krizan says. For example, someone may be good at basketball, but claim to be a good athlete even though they do not perform well in many other sports. We are also less accurate when the task is complex or requires multiple skills.

That’s why the “American Idol” contestants—who insist their friends always tell them they’re good singers—can’t understand why the judges don’t agree. If they can’t distinguish pitch with their ear, they will have no idea whether or not they’re singing on pitch, Krizan says. He often sees this phenomenon with students who perform poorly on an exam.

“Your expectations going into a performance will influence your experience,” Krizan said. “Students will get their exams back and say, ‘but I felt so good after the test.’ Well, if you don’t understand the material, it’s hard for you to gauge whether you’re giving right or wrong answers on a test.”

We all make judgments or compare people based on what they tell us about their abilities. Employers rely on accurate assessments when making a decision between two candidates for a job opening. If one of the candidates overestimates his or her abilities it could skew the outcome of the search.

The same applies to team projects in the workplace. Coworkers split up the workload based on the talents of others on the team. People who are good at evaluating their abilities will perform well in the roles they are assigned. Team members who fail to deliver may need to re-assess their abilities. That is why Krizan recommends setting specific measures for evaluation and feedback.

“This will lead people to consider the things they’ve done and the outcomes, which will be more closely connected to real performances versus broad ideas of competency,” Krizan says. “If people are evaluating themselves in terms of very specific criteria, they’re going to have better self-insight because they are constrained by how to interpret the ability.”

Meta-synthesis is a statistical technique that capitalizes on a large amount of information often available when numerous studies, across multiple disciplines, have already addressed certain scientific questions.

In this case, researchers pooled together large sets of data that examined correlations between actual abilities and beliefs about those abilities for more than 330,000 individuals.

“There is a huge amount of information on human behavior. One problem we face as a science is using this data,” Krizan says. “This is a way to get scientifically based answers for some of these big questions by taking advantage of all these studies that are already done and often in different fields.”

*Image of “singing” via Shutterstock