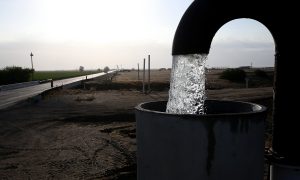 How to Save California's Precious Groundwater
0 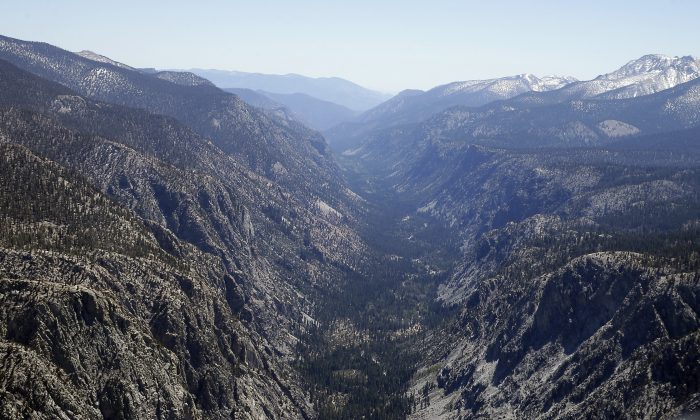 A valley in the Sequoia National Park normally covered in snow this time of year is seen during an aerial survey of the snowpack done by the Californian Department of Water Resources, Tuesday, April 28, 2015. (AP Photo/Rich Pedroncelli)
US

Why Record Heat Is Burning California to a Crisp

Two facts are indisputable: California remains in the grip of one of the worst droughts in history, and 2014 was one of the hottest years on record.

Scientists have quantified the influence one might be having on the other. They say record-high temperatures could have serious effects on the state’s water resources—and its multibillion-dollar agriculture industry.

“Although there is a useful conversation going on about the role of temperature, no one had actually looked into how above-normal temperatures made the 2014 drought worse,” said Shraddhanand Shukla, assistant researcher in the geography department at the University of California,–Santa Barbara.

“One of the reasons this study is important is that the findings are actually useful for improving seasonal predictions of drought in California. We show that temperatures also play an important role in getting the drought severity right. So if you want to forecast drought severity skillfully, you need to know temperature, too.”

To gauge the effect of high temperatures on drought, researchers devised two sets of modeling experiments that compared climate data from Water Year 2014 (Oct. 2013 to Sep. 2014) with every year from 1916 to 2012. In the first, they substituted 2014 temperatures with the temperatures for each of the study’s 97 years.

In the second, they swapped in 2014 precipitation data for those same years. These experiments showed that if the air temperatures had been cooler (like 1916 to 2012), there was an 86 percent chance the winter snowpack would have been greater, the spring–summer runoff higher, and the spring–summer soil moisture deficits smaller.

“It’s a really elegant experimental setup that lets you isolate the influence of temperature,” said Chris Funk, a scientist with the U.S. Geological Survey and a researcher in UC Santa Barbara’s geography department.

“It’s one of those things you can do in a simulation environment that we can’t do in reality because we only get a sample of one.”

Not only does high heat increase the evaporation stress on soil, it has a powerful effect on snowpack, on which the state heavily relies for its water supplies.

In addition to decreased snowpack, heat also causes the snow that is there to melt earlier, which could dramatically decrease the amount of water available for agriculture when it’s needed most.

“The snowpack acts as a buffer from year to year, and it has this really nice attribute that it sits up in the mountains and comes down in the summertime, which is the best time for growing crops,” Funk said.

“That’s why California agriculture has been so productive. It has this kind of ideal situation where you get a lot of water that shows up in the summertime, when you also have a lot of sunshine.”

The study also examined the role and efficacy of temperature forecasting in the state. The findings were not encouraging. While monthlong forecasts of winter and spring season temperatures were reasonably accurate, longer forecasts were not accurate enough to be useful, Shukla said. “This will eventually hurt drought forecasting skill in California.”

The ability to forecast high temperatures is difficult, but will be an important component in water management and in coping with climate change, said Funk.

“We’ve done some preliminary studies suggesting that some of these extreme temperature seasons are predictable. So the idea is, can we identify, ahead of time, some of the extreme events that produce warming trends? When you have a warming trend, you still have hot and cool years. The question is, in the future, can we better predict those hot years?”

Although climate change was not addressed in the study, the implications of higher temperatures are clear, Shkula said.

“Because of the role of temperatures, I think it is fair to say that if the temperatures keep rising we might be looking at more serious droughts, even if the precipitation variability stays the same.

“We all know that in general, temperatures are rising in many places, including California, but the importance of temperature in drought prediction is likely to become only more significant in the future.”

Researchers from Stanford University and the University of California–Merced, contributed to the study, which appears online in Geophysical Research Letters.

This study was originally published by the University of California–Santa Barbara. Republished via Futurity.org under Creative Commons License 4.0.