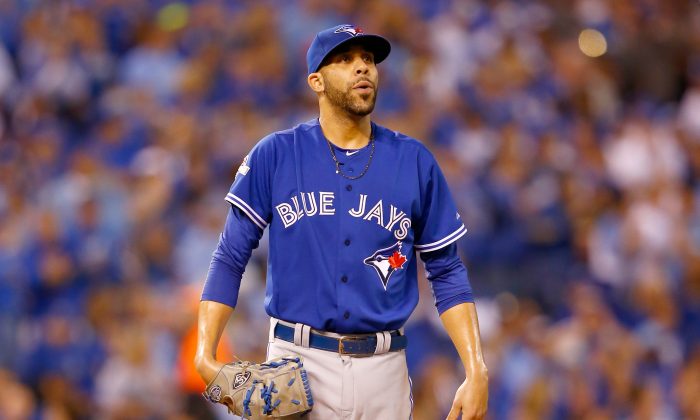 At first glance, the Red Sox’s seven-year, $217 million deal with 30-year-old ace David Price seems like a very expensive mistake—and in the later years of the contract it probably will be, given that you don’t want to be paying a pitcher in his mid-to-late 30s that kind of money.

Yet it was probably necessary for them to overpay for the lefty to outdistance themselves from potential bidders in the National League—which is where Price reportedly preferred to sign.

But the Red Sox did themselves—and seemingly Price—a big favor by including a player opt-out clause after three seasons, meaning Price can re-enter the market after the 2018 season.

At first glance, the option would seem to give all the power to the player—and it does. But maybe for good reason.

The former Cy Young winner will be 33 by the time he can exit his contract and become a free agent again, and the Red Sox would probably be wise to let him go at that time and set their sights on someone younger. Should he depart, it would essentially turn this too-long-of-a-deal into a more manageable three-year, $93 million contract—a steal for the top pitcher on the market.

Think about it. Price, if nothing else, has proven to be about as sure of a bet as there is when it comes to pitching these days. The five-time All-Star has finished in the top six of the Cy Young voting in four of the past six seasons while making at least 31 starts in five of the last six. Meanwhile, his ERA hasn’t been above 3.50 since 2009—his rookie year.

In three years he’ll likely still be pitching at a high level and will be able to negotiate a longer deal—at which point the 33-year-old will likely opt out and watch some crazy team offer him a five-year deal. The Red Sox just have to play their cards right and resist re-signing him.

Look no further than the case of C.C. Sabathia.

In December 2008, the then-desperate-for-pitching Yankees signed the big lefty—who was only 28 at the time—to a seven-year, $161 million deal with a player opt-out after three seasons—not outlandish given his age, but a big deal nonetheless.

After Sabathia finished in the top four of the Cy Young voting in each of his first three seasons in the Bronx and led them to a World Series title in 2009, he used his opt-out as leverage in late 2011 to negotiate a new deal that added $30 million and one more year to his existing contract.

It’s turned out to be an expensive mistake.

Sabathia posted decent numbers in 2012—a 15–6 record with an ERA of 3.38—but a drop in velocity proved to be an ominous sign.