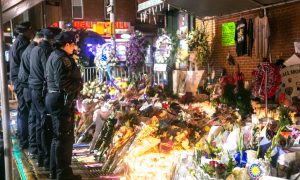 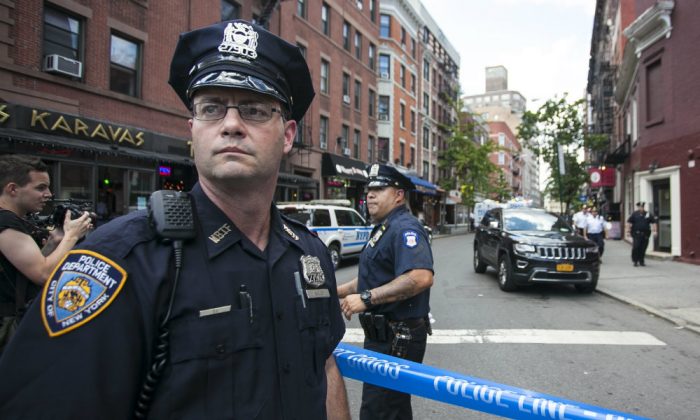 What’s the most important policy area for cities to get right? Judging from urbanist publications and conferences, the answer varies: sustainability, livable streets, resiliency, affordable housing, economic development, and income equality, among others. Public safety—the largest part of many municipal budgets—is rarely mentioned. In fact, articles about crime tend to be critical of the police and policing strategies. Yet public safety is local government’s most important function. Without it, nothing else a city does matters.

Without safe streets, people move out and investors flee. When crime is rampant, every person and every business is affected, even if not directly. “I hear gunshots and police sirens every night,” Indianapolis resident Bianca Tucker told the Indianapolis Star. “I’ve taught my kids how to roll out of bed and get underneath it when it starts happening.”

Critics have offered various explanations for New York’s success, ranging from legalized abortion to the ban on leaded gasoline. But New York’s achievement was no accident. When the city was still in the grasp of horrifically high crime, the NYPD articulated its theory of change: Broken Windows policing. The NYPD said in advance that the strategy would reduce crime, and then it put Broken Windows into practice, along with related strategies, ranging from data-driven policing (Compstat) to (years later) social-media monitoring. Crime plummeted, even as total incarceration declined. NYPD commissioner William Bratton went on to repeat the feat in Los Angeles, while rebuilding the LAPD’s terrible relationship with the community. In any other context, these would be considered triumphs of government effectiveness.

Why are some large American cities still plagued by violence while New York has grown even safer? Some argue that crime remains high in cities like Chicago and Indianapolis because of population loss, segregation, and entrenched poverty. But that gets the causation backward. Researchers Steve Levitt and Julie Cullen found that every murder reduces a city’s population by 70 people. University of Chicago Professor Jens Ludwig observed that had Chicago seen the same murder-rate decline as New York, its population may have grown, instead of shrinking by 200,000 during the 2000s. New York’s population was once in decline, too; the city has 1.7 million residents in poverty and is more segregated than Chicago. But Chicago’s murder rate is nearly four times as high as New York’s.

New York’s biggest accomplishment was making many poor neighborhoods safe. It’s nearly inconceivable that the struggling neighborhoods of Chicago, Indianapolis, or other cities will see legitimate recovery until they get crime under control. Safe streets in all neighborhoods, not just some, are a precondition of social equality. New York’s experience with policing shows that crime can be greatly reduced with enough political and public will. Such will is lacking in too many places.

Other matters of public order, it’s worth noting, don’t get overlooked inany city. Take fire protection. It’s well known that if you don’t put out a fire in a timely fashion, your entire city—including rich neighborhoods—can burn down, something that has happened throughout history. No city, no matter how poorly run in other areas, allows its fire protection to fall below a minimum standard. Even at its nadir, plagued by arson, New York wouldn’t let its poor neighborhoods simply burn. “The people in the South Bronx know that when the corner alarm box is pulled the firemen always come,” Dennis Smith wrote in 1972’s Report From Engine Company 82. “The only real sure thing in this town is that the firemen come when you pull the handle on that red box.”

Yet urban residents in many places have grown accustomed to rampant crime. In the early 1990s, the NYPD decided that it would no longer accept high crime rates. The police aren’t angels, and they should be held accountable when they do wrong. But focusing on rare tragic incidents instead of the day-to-day reality of crime reduction is a terrible mistake. If urban advocates really want to see a broad resurgence of American cities, along with an equitable and inclusive urban future, they should support aggressive, effective policing.

Republished with permission from City Journal. Read the original.