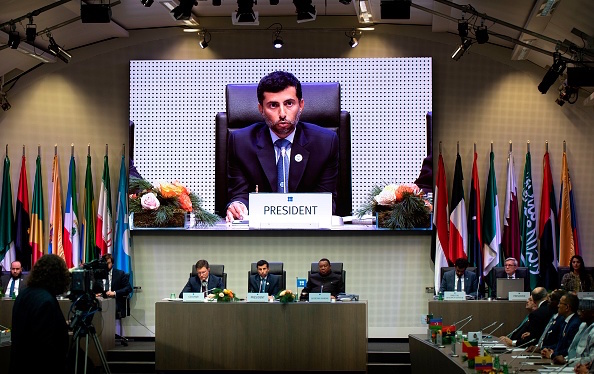 OPEC and its allies defied market expectations last week and agreed 1.2 million barrels a day of production cuts for 2019, but crude prices are yet to rally.

Unlike when a deal was reached to cut supply in 2016, the market is more skeptical this time around about exactly how the Organization of Petroleum Exporting Countries can go about supporting prices. That’s despite Saudi Arabia’s energy minister Khalid Al-Falih announcing Dec. 7 that 900,000 barrels a day of the kingdom’s crude will be taken out of the market between November and January, in addition to cuts from OPEC’s allies.

The causes of the market’s pessimism are far-reaching. Whether it’s a trade war between the U.S. and China potentially curbing global demand, or doubts about exactly how OPEC will deliver the cuts, below are some of the reasons crude markets are yet to get excited about the production cuts.

Signs of stress in the global economy haven’t gone unnoticed by oil traders. While crude rallied the most in two years in early December as trade tensions between the U.S. and China appeared to ease, those fears have swiftly returned. The U.S. dollar is trading near its highest level since mid-2017, making purchases for oil consumers outside of the U.S. more expensive, global demand worries and political tumult across Europe are all weighing on crude futures. “There’s the U.S.-China trade war, France, Italy, Brexit: these things just do not bode well for either regional or global oil demand,” PVM Oil Associates analyst Tamas Varga said by phone.

When OPEC initially agreed to cut output in 2016, production didn’t actually fall until the deal came into effect in January 2017. Saudi Arabia’s oil production bounced from 10.35 million barrels a day in September, to 11.1 million barrels a day and back down again over the last few months, leaving investors less confident in exactly how much OPEC and its allies will produce. Russia also announced Dec. 11 that it will only implement a small portion of its total promised output cuts in January.

Given that it took the influence of Russian energy minister Alexander Novak to broker a deal as OPEC’s meeting unexpectedly stretched into two days, the market may yet need convincing that the group will actually deliver the cuts it promised. “Compared to early last week, the outcome was rather disappointing, the whole process wasn’t convincing, and it’s still uncertain whether they will actually cut,” says ABN Amro senior energy economist Hans van Cleef.

The measures are also a potential windfall for producers outside the group. U.S. shale oil output has been setting weekly records throughout 2018 and explorers are boosting spending plans for 2019 despite the recent slump in prices. OPEC will have to repeatedly cut output if it is going to keep boosting prices, Citigroup said on Dec. 10, as supply reductions will likely spur U.S. shale. Morgan Stanley also said after the meeting that the group was kicking its problems down the line by cutting supply. “If history is any guide, this stores up problems for the future,” the bank’s analysts including Martijn Rats wrote in a report.

Despite the recent drop, though, crude prices have not breached new lows for the year. In addition to output cuts from OPEC and its allies, there was renewed supply disruption in Libya on Dec. 10, as well as an ongoing outage in the North Sea as well as forced output cuts in Canada too.

That could all mean that there may be some relief for prices around the corner, according to Petromatrix GmbH managing director Olivier Jakob. “For now it has been discounted, but when you add this to the disruptions in Libya, I think it can have an impact,” Jakob said of OPEC’s output cuts.