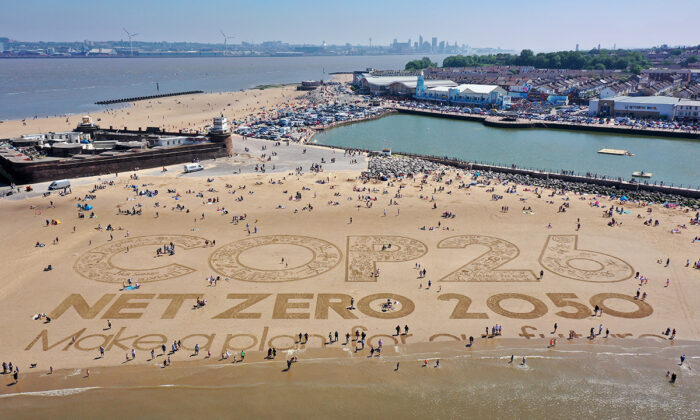 Why Net-Zero Is a Suicide Mission for Canada

Canada’s plan for net-zero “greenhouse-gas emissions” by 2050 will come home to roost. Grandstanding has consequences, and in Bill C-12 we are witnessing the legislation to give it teeth. The demonized energy sector appears impotent to resist this attack and is outwardly embracing the idea, presumably to placate regulators and the woke mob.

Grandiose promises, for which the bills come over in decades, are a natural product of election-minded politicians. Their strategy is to garner positive press while leaving someone else to deal with the difficult task of making the promises happen, including paying for them. This is how, for example, unfunded liabilities became prevalent in Canadian governments at all levels (pdf).

Just as Millennials and Generation Z will have to pick up the tab for Ponzi schemes such as the Canada Pension Plan, so too will they have to pay for pie-in-the-sky environmentalism. The price will come in the form of fewer jobs available and higher energy prices, which in turn raise the prices of almost everything in the economy.

To rub salt into the wound, Canadians can expect an array of taxes that will manipulate their behavior and pay for subsidies to inflate so-called green energies beyond what’s warranted by their value to consumers. In December 2020, for example, Prime Minister Justin Trudeau announced CA$3 billion ($2.4 billion) for a Net Zero Accelerator Fund “to rapidly expedite decarbonization projects with large emitters, scale-up clean technology, and accelerate Canada’s industrial transformation across all sectors.”

What It Would Take

Achieving net-zero by 2050, akin to the Green New Deal in the United States, would require a colossal energy transition and use reduction. In addition, it would require sophisticated efforts to capture greenhouse gases on site and/or pull them from the air and inject them underground. The latter is a form of offset, one of the few ways to offset emissions that’s quantifiable and not easily gamed.

Defining and measuring offsets tends to be difficult because we don’t know people’s actions in the absence of payments. Did they change their behavior in a long-term fashion, or did they simply collect rewards? According to Mark Jaccard, a Simon Fraser University professor and the author of “The Citizen’s Guide to Climate Success,” the definition of offsets is slippery. Jaccard is an advocate for direct citizen action and policies toward emissions reductions. However, he asserts that if we were to only fund “a true offset”—such as direct-air capture—that would raise the cost from $8 to about $200 per ton of carbon dioxide.

“When a given jurisdiction is trying to reduce emissions,” he counsels, “don’t allow offsets to be more than a small percentage of the policy tools that you use to reduce your emissions.”

Jaccard and institutional purveyors of net-zero by 2050, such as the International Energy Agency (IEA) and the World Economic Forum (WEF), don’t shy away from admitting the gravity of the change necessary. The IEA’s 2020 report, “Achieving Net-Zero Emissions by 2050,” said it “would require a far-reaching set of actions going above and beyond the already ambitious measures in the [Sustainable Development Scenario]. A large number of unparalleled changes across all parts of the energy sector would need to be realized simultaneously, at a time when the world is trying to recover from the COVID-19 pandemic.”

That last element is crucial. The Canadian economy, like many others, is in shambles. On the back of overzealous COVID-19 lockdowns, border restrictions, and misdirected welfare programs, the nation faces a fiscal crisis. In fact, monetary expansion to fund the deficit binge has pushed inflation beyond the Bank of Canada’s stipulated range of 1 to 3 percent.

The road to recovery will require difficult decisions and austerity. Meanwhile, the IEA says, “Total CO2 emissions … need to fall by around 45 percent from 2010 levels by 2030.” The WEF adds, “Huge declines in the use of coal, oil, and gas will be essential.” The WEF is a fitting ally for the plan, since net-zero dovetails with the Great Reset. One of the IEA’s net-zero recommendations for 2021 is “No new oil and gas fields approved for development; no new coal mines or mine extensions.”

Why the Stampede Continues

If one reads the Canadian government’s promotional materials related to net-zero, you can be forgiven for believing the idea is a win-win and no-brainer. Apparently, 120 countries have committed to the plan—not that any are likely to achieve it—and “The transition to a cleaner, prosperous economy needs to be both an immediate priority and a sustained effort over the years and decades ahead.”

The problem with this lofty language is that it refuses to recognize the tradeoffs at play. That’s why Robert Murphy, a Fraser Institute senior fellow, describes the net-zero plan as “largely symbolic” and “more fairy tale than science.” In an op-ed for the Calgary Sun, Murphy notes “312,000 to 450,000 oil and gas workers are at risk of displacement.” That’s between half and three-quarters of those working in the field, and the pain would be felt most severely in Alberta, Saskatchewan, and Newfoundland and Labrador.

Not only do proponents have a blindspot for the costs, which include burdens on taxpayers and consumers, they also struggle to define and confirm the benefits. The level to which such a fundamental overhaul of the Canadian economy would lessen global warming is minimal. Even if Canada generates relatively high emissions per capita—largely on account of its energy needs, geography, and climate—that still is only 1.6 percent of the world’s total (pdf).

Instead of touting the benefits of reduced emissions, which in Canada’s case would be trivial, proponents instead resort to fearmongering, and it works. This is the chief theme of “Apocalypse Never” by Michael Shellenberger, a longtime environmentalist. Subtitled “Why Environmental Alarmism Hurts Us All,” the book picks apart with ease many doomsayer narratives. That includes U.S. Rep. Alexandria Ocasio Cortez’s notorious claim “the world is going to end in 12 years” in the absence of policies to resolve global warming. Shellenberger explains that knee-jerk reactions and ill-fated policies pose much more risk to those in poverty than global warming does.

Not only are proponents hyping fears, they’re putting Canada on a path to being a sucker: a country that pays a tremendous price for reduced emissions while other countries posture. Deepak Gupta of India’s National Solar Energy Federation writes that the story of international global-warming initiatives has “been one of almost complete and continuous failure,” since developed countries have not honored their commitments. “Their negotiating tactic has been simple. Promise reduction of their own emissions which will not be implemented as they are non-enforceable.”

In some ways, Canadians would be better off if Gupta were right in their case. Unfortunately, the bills are already arriving in the form of carbon taxes and subsidies for favored firms, right when Canadians can ill-afford to pay for them. These are just the tip of the iceberg of what’s to come if officials are dead set on the net-zero target.

Fergus Hodgson is the director of Econ Americas, a financial consultancy.