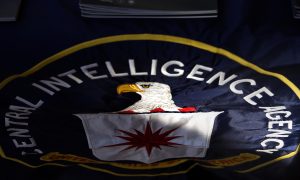 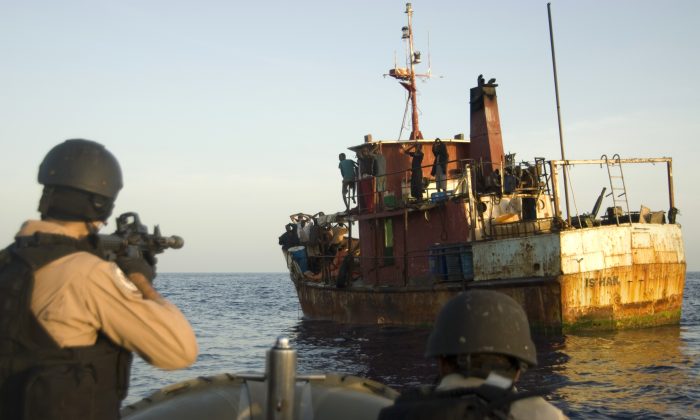 Members of a visit, board, search and seizure (VBSS) team from the guided-missile cruiser USS Gettysburg (CG 64) and U.S. Coast Guard Tactical Law Enforcement Team South Detachment 409 capture suspected pirates after responding to a merchant vessel distress signal while operating in the Combined Maritime Forces (CMF) area of responsibility as part of Combined Task Force (CTF) 151, in the Gulf of Aden, on May 13, 2009. CTF 151 is a multinational task force established to conduct counter-piracy operations under a mission-based mandate throughout the CMF area of responsibility to actively deter, disrupt, and suppress piracy in order to protect global maritime security and secure freedom of navigation for the benefit of all nations. (U.S. Navy/Mass Communication Specialist 1st Class Eric L. Beauregard)
Cybersecurity

Why Modern Pirates Have Turned to Cyber Hacking

According to a recent Verizon report, pirates are now utilizing sophisticated cyber tactics to assist in their naval marauding ventures. The typical day in the life of a naval pirate consists of targeting a vessel spotted at sea, taking its crew hostage, and holding them for ransom until the ship’s valuable cargo has been rifled through and plundered.

However, some pirates have conspired to make the job quite a bit easier: Their new strategy consists of cyber hacking into a shipping line’s servers and pulling out information about sailing times, locations, and cargo manifests. The pirates then gear up to intercept a shipping vessel at a predetermined location, cordon off the boat’s crew to a specific area onboard, quickly gather up the specific goods they had selected prior to boarding, and depart the ship in pursuit of their next target.

As in all other areas of life, internet-enabled technology has helped shipping companies improve their business. They keep records of sailing times, departure and destination locations, and cargo manifests in order to streamline their naval operations.

Keeping and using these records comes at a cost: cyber hacking exploitability. By necessity, if a shipping line uses computer systems to store its information, that same information is potentially assailable by pirates looking to achieve their own ends.

Evan McDermott is a member of the Young Leaders Program at The Heritage Foundation. David Inserra specializes in cyber and homeland security policy, including protection of critical infrastructure, as policy analyst in The Heritage Foundation’s Allison Center for Foreign Policy Studies. Copyright The Daily Signal. This article was previously published on The Daily Signal.