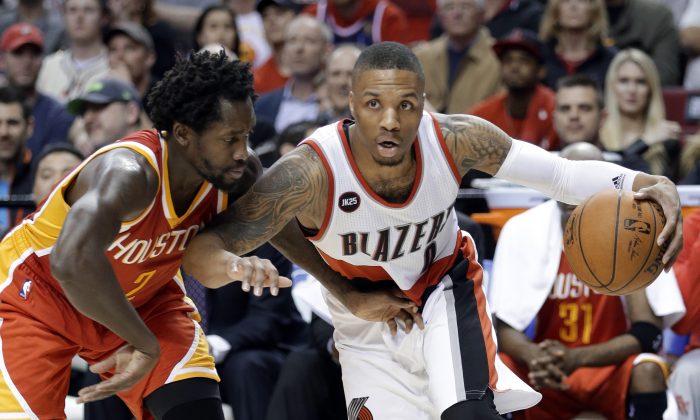 Confident as always, Houston Rockets general manager Daryl Morey said over the weekend that he believes his team can win the NBA title this season–even without starting point guard Patrick Beverley, who was recently ruled out for the season.

“We think we can win the title with or without Beverley. Obviously it gets more challenging without Beverley; he’s the key to our ability to guard a lot of these very good point guards in the West,” Morey said in an ESPN interview.

“We do feel like we can beat anybody in a seven-game series, and we’re pretty excited to get going with the playoffs.”

But the loss of Beverley due to injury could definitely derail the Rockets’ title aspirations, and even cripple them enough to prevent them from advancing past the first-round.

Because the Western Conference playoff picture is so jumbled, the Rockets could realistically face any team other than Golden State in the first round. And all of the potential opponents have point guards that are extremely difficult to cover–Russell Westbrook, Tony Parker, and Chris Paul, to name a few.

Beverley’s loss most impacts the defensive end. Jason Terry has been plugged in as the starter, and despite being 37 years old Terry is putting up stronger offensive numbers than Beverley, including shooting 39.1 percent from long range. Terry has an inferior assist-to-turnover ratio, but does his job well enough that there shouldn’t be any major dropoff on offense.

On defense, though, Terry will be hard-pressed to bring the kind of impact that has earned Beverley a starting job over the past season and a half. Beverley has developed a reputation for hounding the opponent’s ballhandler, making life as difficult as possible over the course of the game. Beverley’s one of those guys that gets to opponents, sometimes causing them to become emotional and lose focus.

“When you look at what Patrick does on the defensive end, he’s the guy that’s the head of the snake in terms of their defense; Dwight Howard’s the back line guy. And if the Rockets are going to advance in the playoffs … [they’re going to face a point guard like Westbrook or Parker],” former coach and current basketball analyst Avery Johnson said on ESPN.

“The key to all of those teams is slowing down their point guards–that’s what Patrick Beverley can do, and he’s a much improved his three-point shooter.”

Johnson’s exact defensive impact is hard to measure because the advanced statistics haven’t progressed nearly as much on that side of the ball as on offense. And in terms of simple net rating or even defensive rating–the number of points allowed per 100 possessions–Beverley doesn’t rank as high as Terry. But Beverley has been playing more minutes overall, and more minutes against better players, while Terry often competes against backups.

The other big factor? Terry’s move into the starting lineup puts more pressure on his backup, Pablo Prigioni. Terry has only averaged 21 minutes this season, a number he’ll likely see increase in these final two weeks of the regular season and the playoffs. Prigioni, also 37 years old, has only averaged 14 minutes since he was acquired from the Knicks in February. And he’s definitely a worse defender than Beverley, and not quite as potent on offense as Terry.

The Rockets still have a shot at winning the championship, especially if the rest of the players who have been injured–Dwight Howard, Terrence Jones, Kostas Papanikolaou, and Donatas Motiejunas–can get healthy in these last games before the playoffs. Without one of their best defenders, though, everyone else will have to step up to make sure opposing point guards don’t explode for big games.