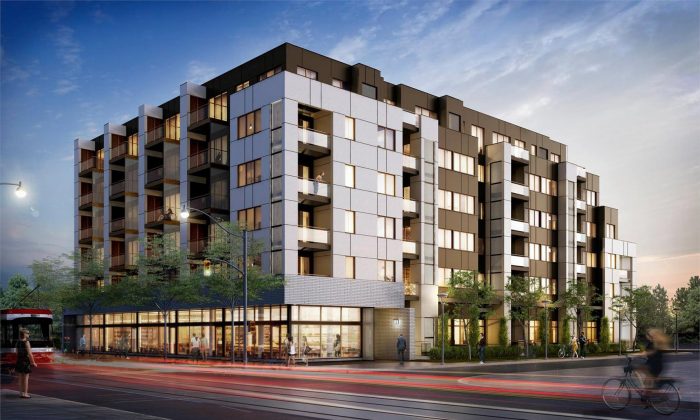 Why Larger Condos are now all the Rage

Charles Stuart has a keen understanding of why Toronto’s condo market has been shifting away from smaller units in favour of bigger two-bedroom suites.

Stuart would know. He’s a boomer himself, and one who’s currently in the market for a condo. “I’m pushing 60 and I frigging hate my house,” he says. “Pride of ownership, gardening, maintenance—all those are things of youth.”

It’s not just boomers who want bigger spaces, notes MarketVision’s vice-president of sales ManLing Lau. “I know so many young families living in condos who’ve been trying to buy a house for the longest time, and they just can’t find one—the right one or the right price.

“Too many bidding wars,” she adds. “At a certain point you kind of give up.” (And, like boomers, some younger folks don’t want to bother with house maintenance, either, she points out.)

Two-bedroom suites sold the fastest at the biggest project on MarketVision’s current slate, 88 North, the first phase of 88 Queen, a master-planned mixed-use community by St. Thomas Developments on a full-block site bound by Shuter, Queen, Mutual, and Dalhousie streets. The 26-storey tower launched in January, and most of its nearly 400 units—from 377 to 887 square feet—have been sold.

European-inspired 88 Queen will be a pedestrian-friendly community with, in addition to condos, a boutique hotel, parks, and mews lined with cafes, restaurants and retail, including a 9,000-square-foot grocery store in phase one (and a food hall in the future). “There’s the magnitude to do real destination retail here,” says Stuart.

The 88 North tower will sit atop a podium housing stacked two-storey lofts, with double-height living rooms and semi-enclosed balconies that can be furnished and used as outdoor rooms.

Amenities at the building include a pet spa, fitness studio, party room, media room, and dining room with catering kitchen. There will also be an outdoor pool with cabanas on the podium rooftop.

Out in Etobicoke, MarketVision is wrapping up sales on Triumph, the third phase of Edilcan Development’s multi-tower Valhalla community, near Highway 427 and Bloor Street.

Larger product — like an 894-square-foot two bedroom suite — has been in strong demand here, as well, Lau notes, and only a handful of the building’s 300 suites are left. “We saw lots of end users for the third phase,” she says. “With the first two phases (One Valhalla and Thunderbird) occupied, there’ve been a lot of renters who’ve lived there and like it, so now they’re buying from us.” (Edilcan recently acquired lands to the south of the development, where it’s planning another multi-tower community.)

This summer, MarketVision launches Scoop, a six-storey boutique building by Graywood Developments on St. Clair Avenue West. The project will have 72 suites (from 500-square-foot one bedrooms to 1,200-square-foot three-bedroom units), plus a gym, library, party room and outdoor patio.

Located two minutes from The Stockyards shopping centre and a streetcar ride away from Corso Italia and Wychwood Barns, Scoop is the first phase of a larger development that will include additional mid-rise condo buildings with retail on the ground level along St Clair.

The project, which will include ground-level retail, hasn’t launched yet  but already it’s a big draw, particularly with end users, notes Stuart. “Now that signage is up on the site, we’re seeing lots of interest from people who live in that area.”

Stuart boasts almost three decades’ experience putting together land deals, including more than $500 million in transactions at MarketVision alone, resulting in well over $1 billion in development.

Asked what sort of activity he’s been seeing of late, he says it’s all about luxury. “I’ve been selling a lot of small, very expensive luxury sites,” and it’s likely the start of a trend, Stuart reckons, given there hasn’t been a true luxury project in Toronto since the hotel-condo projects that launched a decade ago (Four Seasons, Shangri-La, Ritz-Carlton, and Trump). There was a lull amid the financial crisis, “but the reality is that 1 percent of the world is still very wealthy and getting wealthier,” he says, “and their assets have gone up in value.”

He recently sold two “extreme luxury” sites in the Yonge-Bloor area, where the prices of the condos that will ultimately be built there are projected to be upwards of $1,500 per square foot, or north of $2 million for a unit.

Five years ago “you couldn’t give away a luxury site,” says Stuart; these days, demand is through the roof. “So I predict we’ll be seeing an uptick in the upper-end condo market.”