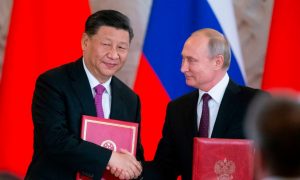 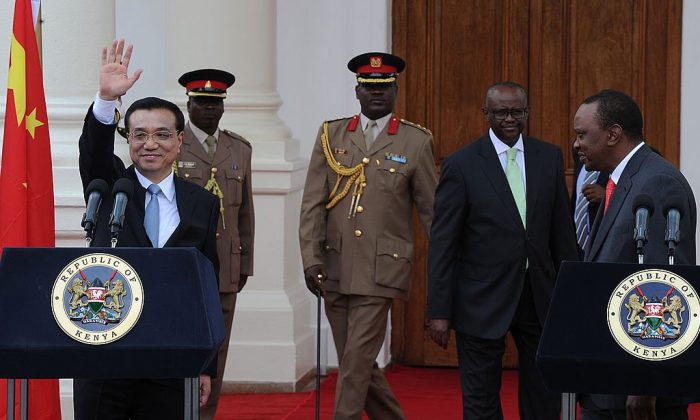 Kenya has been through investment aid projects from both China and Japan. There are 50,000 Chinese and 700 Japanese living and working in Kenya, but these two Asian groups don’t mingle with each other, and their conduct and business approaches differ considerably. Though Chinese investment is much greater, Kenyans favor the Japanese way of doing business.

Kenyans are able to distinguish Japanese and Chinese. I wondered how they could tell the difference and asked some of them. They told me that those who wear short-sleeved shirts and dress pants to work are Japanese, and those who wear T-shirts to work are Chinese. Also, Japanese play golf on their days off, while Chinese get together to drink.

And how do Japanese living in Kenya perceive the Chinese? A Japanese trading company leader told me, “Only the Chinese dare go to Kenya to do business carrying a shabby suitcase and without knowing any English.”

Most of the 50,000 Chinese are there for gold exploration. Some are employees of state-owned enterprises and large private enterprises, and others are self-employed businessmen trading and selling Chinese daily necessities.

Data shows there are more than one million Chinese in Africa, and most are involved in doing business. On the other hand, there are less than 5,000 Japanese in Africa. Their goal is to help Africa develop their education and agriculture systems and building hospitals in rural areas.

Kenya’s capital, Nairobi, is the home of two headquarters of the United Nations. In addition, International Civil Aviation Organization offices for eastern and southern Africa are also based in Nairobi. Therefore, Nairobi attracts investments from around the world, including from China and Japan.

In the same year, the Japanese government invested 2.5 billion yen ($24 million) to fund construction of the 15 km long Kileleshw road running through the center of Nairobi. The original plan was four lanes, but the Japanese finally turned it into two lanes, and it took them six years to build.

Chinese media reported how the Chinese construction team surpassed Japan’s in completing their road construction project better and faster. However, the story turns out to be a bit different when taking a closer look at the two projects.

Why did the Japanese change the four-lane plan into two lanes? The Japanese government conducted research and found that local residents love running. They therefore convinced the Kenyan government to change it into a two-lane road, including spacious sidewalks for people to walk and run. At the same time, they built two sloping drain embankments on both sides to allow small animals to escape from the drains during times of flooding.

Because the road goes through the city center, they also created a monument so many Kenyans can remember and appreciate Japan for assisting in this road project.

According to Laban Onditi Rao, the vice chair of Kenya’s National Chamber of Commerce and Industry in Nairobi, the Japanese hired local construction companies to build the road and they purchased local raw materials, while the Chinese imported raw materials and labor from China.

China was actually dumping excess supplies in Kenya; while calling it aid, they profited from it. In actuality, Japan’s assistance and investment model brought greater economic benefits to Kenya, with better social effects, Mr. Rao said. He suggested that if China could be more like Japan, employ more Kenyans, use raw materials from Kenya, and leave money in Kenya, that would change the Kenyan people’s opinion of China.

Xu Jingbo is a well-known Chinese journalist living in Japan. He is the founder of ribenxinwen.com, a Chinese website that reports on Japanese news. This is an abridged translation of Xu’s article posted to his personal blog on Aug. 28, 2016.