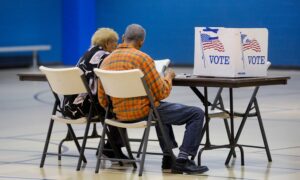 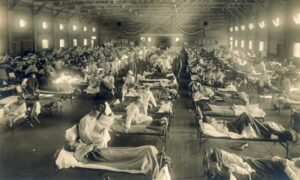 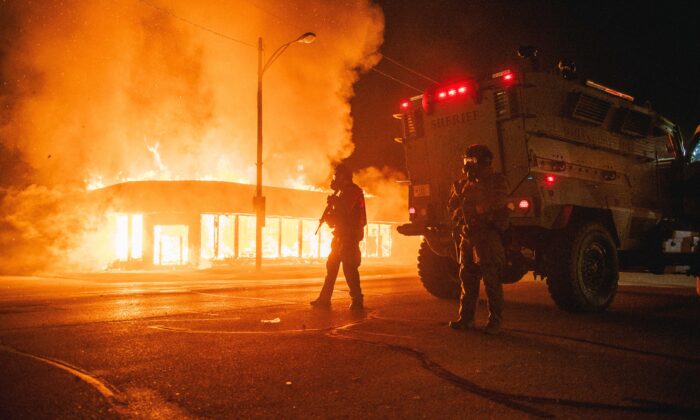 Why Kenosha Riots Could Matter in November

Of all the riots that have gone unchecked in the country this summer, the one in Kenosha, Wisconsin, might matter most with regard to the November presidential election.

The vivid imagery in the days following the police shooting of Jacob Blake shows a town in devastation. Rioters blocked traffic. And they stole gasoline from a nearby gas station to start fires that took out numerous small businesses, car lots, an apartment building, and a Family Dollar store.

Other businesses that were not burned down nonetheless were looted and had their windows and doors smashed.

Consequently, no candidate running for president should be silent about it. Because in moments like this, people want safety, security, and to know elected officials have their back.

The potential electoral consequences are not just due to the fact that riots, destruction, and lawlessness are happening in a swing state. It is because Kenosha is the Everyman of America’s midsized cities.

People have known for decades the city officials in Portland and Seattle have looked the other way when anarchists rage. No matter where a person lives in this country, when people see Kenosha, they see their hometown, their suburb, their schools, their Middle America, and they say, “By the grace of God, there goes the country.”

They are looking to see who is rising to the occasion.

Wisconsin Rep. Bryan Steil was on-site immediately. The Republican, who represents Wisconsin’s 1st Congressional District, which includes Kenosha, said the question he has heard from people on the scene in the aftermath of the wholesale destruction of the business district is: Who is going to step up?

“Just broadly speaking, people want to see public safety restored to the city of Kenosha,” Steil said in an interview with the Washington Examiner. “I don’t think they care if a Republican does it, a Democrat does it, if the man on the moon does it. They just want to see it done. They want to see leadership.”

Steil said that after two nights of rioting, he was deeply concerned there were insufficient resources, so he asked local officials and community members if they were open to receiving additional support from the federal level. They said they were, and he called the White House.

“I called the president, and he graciously gave me time to discuss what was playing out in Kenosha, and at my request, he called the governor and offered additional resources,” explained Steil.

The next night, two people were shot and killed in the continuing mayhem.

Steil said Evers was extended the White House offer again the next day and accepted it.

The deaths in Kenosha during the riots and the perceived lack of response by the Democratic governor caused a flurry of tweets from Democratic politicians, such as Washington, D.C., Mayor Muriel Bowser and Oregon Gov. Kate Brown, all calling for the end of riots, violence, and harassment in their own cities.

Democratic presidential nominee Joe Biden did as well. You don’t have to wonder for too long why that suddenly happened. Portland has been rioting for months. The same goes for the D.C. protests.

A Marquette Law School poll found that in Wisconsin in June, voters approved of the Black Lives Matter protests 61 percent to 36 percent. But by early August, 48 percent of people disapproved, and 48 percent approved. That represents a net 25-point swing. And this poll was taken before the recent Kenosha rioting.

It is the place Biden should have been immediately Tuesday morning, calling for calm and order.

“It is the place that President Donald Trump delivered that type of leadership to the humanity to restore public safety now—not tomorrow, not next week, not next year. Now,” said Johnson in an interview with the Washington Examiner.

Kenosha County is bordered by Lake Michigan to its east, where it retains its early Rust Belt roots, thanks to the railroad and factories that lined it. Its western portion is rural. The center of the county is where it has seen the most growth in the past few years.

Intersected by Interstate 94, linking it to Minneapolis, Madison, Milwaukee, and Chicago, its growth is driven by location, an exodus from Illinois taxes and a renowned work ethic.

The county has a population of just under 170,000, and the city of Kenosha has nearly 100,000, making it the fourth-largest city in the state and along Lake Michigan.

People come here to live with peace of mind. When that peace is shattered, it is hard to imagine them wanting to settle for someone who does not have their back.

“I talked to so many people today who were scared,” Steil said. “They were concerned for their public safety, for the safety of their family, for their home, for their small business. You can hear it. It’s real.”

In his speech at the Republican National Convention Wednesday evening, Vice President Mike Pence addressed the violence in the streets, admonishing Biden for not doing so at his convention a week earlier.

“So let me be clear: The violence must stop, whether in Minneapolis, Portland or Kenosha,” Pence said. “Too many heroes have died defending our freedom to see Americans strike each other down.”

In 2016, Trump flipped the Great Lakes “blue wall” states of Pennsylvania, Michigan, Ohio, and Wisconsin due to the pull of cultural and economic concerns. No state embodied that shift better than Wisconsin. If security concerns in Kenosha persist, Nov. 3 may not shape up to be a good night for Democrats.