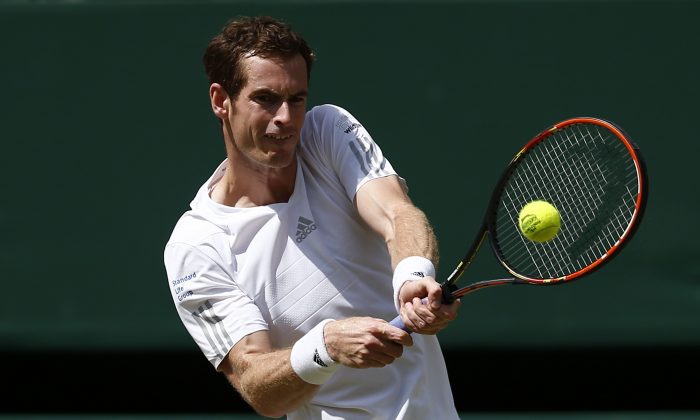 Why Isn’t Tennis Part of the Commonwealth Games?

Among those of us who follow the internal workings of the Commonwealth Games, eyebrows were raised when tennis was not included in the list of sports for Glasgow 2014.

Scotland has of course got great strength in tennis in the form of Andy Murray, Jamie Murray and Colin Fleming. If Glasgow was choosing which sports to include on the basis of what was likely to win Scotland the most medals, you might not have thought they would left tennis off the list.

Glasgow 2014 represents the first time that the core list has been this large. For some of the previous events it was five, namely swimming, athletics, lawn bowls, rugby sevens and netball. To some extent this harks back to the days of the precursor 1911 Inter Empire Games, which consisted of four sports (athletics, swimming, boxing and wrestling) and nine events. The same sports plus rowing were competed for in 1930, when the first official event was renamed the British Empire Games (and held in Hamilton, Canada – after several more name changes, it became the Commonwealth Games in 1978).

Beyond the core sports, the options list includes 18 possibilities which range from archery to cycling to table tennis to taekwondo. Some such as billiards have never yet been chosen. Glasgow’s seven are cycling, gymnastics, judo, shooting, table tennis, triathlon and wrestling. As well as tennis, the federations for synchronised swimming and ten-pin bowling had to accept rejection too.

The Commonwealth Games Federation (CGF) approves which sports make the two lists, which have had to expand over the years as the number of sports has increased. Where it was six in 1930, it reached 10 in 1978 before finally reaching the current 17 in Manchester 2002. Only three sports have been ever-present: athletics, boxing and swimming.

The Commonwealth Games might only be considered the second or third most important general sports event for competing countries (always behind the Olympics, and behind the Winter Olympics for some too). But for the sports federations seeking to push their particular sport, making sure they are on at least the optional list and eventually the core list will be one of their top priorities.

Two things have made the battle for inclusion more intense in recent years. First is the fact that the games’ popularity has waned, meaning that the case for change has grown stronger, particularly towards sports that will convert into TV rights in a good number of countries.

Second is that the balance of power between countries has been shifting, tilting towards those in Asia in particular, which had not even hosted a games until Kuala Lumpur in 1998 (and Africa still has not). This power shift has strengthened the argument for including sports that are more popular in the East or the Pan-Asian Games. The new CGF President is from Malaysia.

Kuala Lumpur represented the first major attempt to modernise the games, with a decision by the CGF to include team sports for the first time. This meant the arrival of cricket, hockey, women’s netball and men’s rugby sevens. Basketball was added for Melbourne 2006 (four team sports in total is currently the maximum permitted).

New Delhi was permitted to showcase kabaddi, a form of Indian wrestling, as a demonstration sport in 2010 and tennis was present in the 2010 Commonwealth Games.

Change still looks to be in the early stages, however. It is worth bearing in mind from the medal tables that in 91 years the same countries have dominated the top three positions (Australia, England and Canada). Certainly this does not reflect diversity, equality, development or indeed progress. Australia has topped the medal table in every games since 1930. The leading countries have hosted every games except Jamaica (1966), Kuala Lumpur (1998) and New Delhi (2010). And incidentally, all of the seven chairman/presidents of the CGF since 1930 have been men.

It is also worth pointing out that as well as the choice of sports, the individual sports federations have a hand in who competes because they set the qualifying standards for their sports. This is one reason why, looking at the Glasgow opening ceremony, Australia, Canada and England had larger teams than most of the other 71 nations and territories. Scotland’s team is its largest yet and comparable in size and range of sports covered.

As the CGF continues to wrestle with modernising the event, more change looks likely. Pointing the way might be an independent report from 2011 written on behalf of the CGF by the Australian consultancy Global Media and Sports.

The report acknowledges the declining popularity of the games and recommends some key changes, namely adding cycling, 20-20 cricket and triathlon to the core list in place of squash and lawn bowls, which would both become optional. There would then be an optional list of 11 and a new list of eight “less important” sports, which could also be chosen but in smaller proportions.

The report proposes to replace beach volleyball on the optional list with volleyball. Archery, canoeing, sailing, softball and ten-pin bowling have all been downgraded to less important. New arrivals (all on the less important list) are horse events, rugby league nines and football. Football is not given a higher billing for fear that it wouldn’t attract the stars, which has been an issue for Glasgow, most recently with Mo Farah’s withdrawal. The proposals have not yet been adopted, but we can be certain that the CGF will be thinking about them.

As for Andy Murray…

That glimpse of a possible future returns us to Glasgow and its tennis decision. There is certainly no bar to countries choosing sports that suit them. That was one reason why India had cricket on the programme in 2010, not to mention shooting and wrestling (and India collected the second-highest medal haul at its games – after Australia).

In mitigation to Glasgow, it had to make its decision on the sports offering seven years ago. While the Indians could reckon relatively far in advance that they would still be producing cricketers, Scotland’s current tennis stars were less advanced in their careers in 2007. Nonetheless, world tennis organisers let it be known at the time that they thought Glasgow was opting out of tennis because it was not a universally popular enough sport to secure the backing of enough CGF members. This tells you something about Commonwealth Games realpolitik for a smallish country like Scotland in the modern era.

On the other hand, Scotland is well on the way to beating its highest ever haul of 33 (from Melbourne 2006). Omitting tennis might not make any difference one way or the other. Scottish sport is in a good place and Scottish administrators are in positions of influence within the Commonwealth.

Grant receives funding from UK research councils and both Scottish and UK governments. He is affiliated with Sportscotland. He is fully employed by the University of Edinburgh. This article is written in his capacity as Chair of Sport at the University of Edinburgh where he leads Edinburgh Sports Research. This article was originally published on The Conversation. Read the original article.