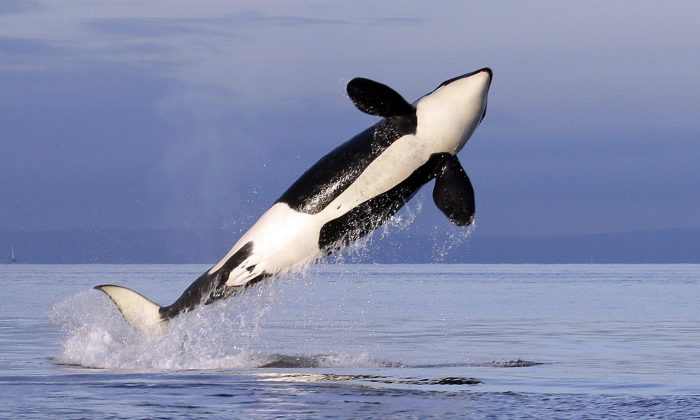 Why Is SeaWorld Ending Its Orca Breeding Program?

SeaWorld President & CEO, Joel Manby, wrote an op-ed piece for The Los Angeles Times, detailing the reasons for the decision announced on March 17.

Manby cites America’s shifting attitude towards orcas—for which he credits SeaWorld as “contributing to [this] evolving understanding”—and government legislation as motivators for the change.

Watch our announcement and read how SeaWorld is changing here: https://t.co/Oe1xv2sFUGhttps://t.co/0Ke3pcw6UV

The controversial 2013 documentary, “Blackfish,” is perhaps likewise responsible for bringing the world’s attention to the ethics of orca captivity. The film focuses on the life of Tilikum, a six-ton bull orca, and his responsibility in the death of SeaWorld Orlando trainer Dawn Brancheau in February 2010.

Brancheau had been rubbing Tilikum’s head by the pool’s edge when the orca suddenly grabbed her arm and pulled her in, drowning the veteran trainer.

Since “Blackfish” was released, SeaWorld has operated in a hostile climate. It has received citations from U.S. Department of Labor’s Occupational Safety and Health Administration (OSHA), criticism from celebreties, and its stock value has declined.

While some groups, like the Born Free Foundation, find SeaWorld’s decision to end its orca breeding program to be a step in the right direction, others, such as PETA, are calling for the remaining orcas in SeaWorld’s possession to be freed.

Manby addresses this, noting that “no orca or dolphin born under human care has ever survived release into the wild,” reinforcing his claim by stating that the attempt to return the pseudo-mythic “Free Willy” orca, Keiko, to the wild was “a failure.” Keiko ultimately died about 16 months after being released.

All of SeaWorld’s orcas “will live out their lives at the company’s park habitats,” reads a statement on the company website, adding that the remaining orcas “will continue to receive the highest-quality care based on the latest advances in marine veterinary medicine, science, and zoological best practices.”

Associate producer and co-writer of “Blackfish,” Tim Zimmerman called SeaWorld’s decision to end its breeding of orcas “a bombshell.”

“Bigger questions are at stake than whether any animals anywhere should remain under human care. Americans and thoughtful people everywhere need to acknowledge these fundamental problems: More than 3,000 species are endangered, and hundreds are lost every year. Some scientists predict that, within a century, 50 percent of large mammals will be extinct.”

“SeaWorld has committed $50 million over the next five years to be the world’s leading marine animal rescue organization,” the company highlighted in a post.

Providing a habitat for rescued marine animals that, for whatever reason cannot be returned to the wild, will be SeaWorld’s new goal.

While Zimmerman suggested in an interview with Epoch Times that SeaWorld views its orcas as “valuable commodities,” Manby revealed a new partnership with the Humane Society of the United States—confirmed by the society’s President and CEO Wayne Pacelle in a blog post.

Together, perhaps, SeaWorld and the Humane Society of the United States will “raise awareness of animal welfare,” “create the constituency for conservation,” and “work against commercial whaling and seal hunts, shark finning and ocean pollution,” as Manby hopes.