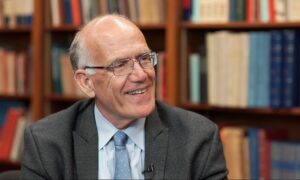 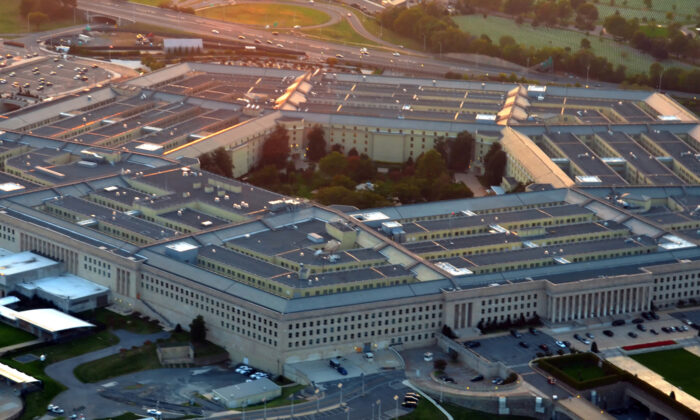 Why Is Our Military Choosing New Enemies?

Secretary of Defense Lloyd Austin expressed his “revulsion” after Carlson questioned the role of women in combat. Keeping women mostly out of combat had been the U.S. military’s centuries-long orthodoxy until just a few years ago.

“What we absolutely won’t do is take personnel advice from a talk show host or the Chinese military,” Kirby said.

So what was the biblically smitten Carlson’s crime?

He objected to the military’s fixation on race and gender in high-profile appointments—and questioned whether standards were relaxed to permit women in combat units.

Carlson objected that the U.S. Capitol is currently militarized. More troops are on guard against purported American “insurrectionists” than are currently serving in war zones in Afghanistan. He noted that far too many defense secretaries—he singled out Austin—rotate between corporate defense contractor boards and billets.

Carlson’s subtext is that too many of our retired top brass virtue-signal their wokeness while seeking to make a great deal of corporate money from their prior (and often future) government service and contacts.

Aside from the fact that the military usually does not use its top officials to react to journalists, the Pentagon should try to refute Carlson rather than comparing him to the hostile Chinese. The Pentagon might instead seek to reassure the public that no physical standards for combat troops have been lowered to accommodate front-line soldiers of any gender.

Spokesman Kirby also could attempt to reassure the public that defense secretaries and top-ranking Pentagon officials have not recently served on the boards of defense contractors before or after their tenures. He might contend that defense budgets are not soaring due in part to administrative bloat and social welfare costs.

The Pentagon might also try to explain the ubiquitous barbed wire and troop presence in Washington—the greatest militarization of the nation’s capital since Confederate general Jubal Early marched on Washington in July 1864.

No one arrested in the Jan. 6 Capitol assault was found to have used a firearm. No ringleaders were discovered to have been planning a coup. The dangerous riot was more likely a one-time assault than an “armed insurrection.”

Last summer, during the civil unrest agitated in part by Antifa and Black Lives Matter, more than 280 retired military officials and diplomats signed a letter blasting the idea that Donald Trump might send in federal troops to restore calm. They claimed the mere idea “risks sullying the reputation of our men and women in uniform in the eyes of their fellow Americans and of the world.”

Yet none of the signees voiced objections to the presence of some 30,000 National Guard troops in Washington, D.C.

The military has announced it is now conducting an internal probe to root out American soldiers suspected of harboring supposedly dangerous ideas.

What is going on?

One, the left now dotes on what it envisions will soon be a woke military. It believes the chain of command can green-light progressive social changes—from women in combat units to timely displays of massive force on the streets of Washington—without bureaucratic red tape or opposition from Congress.

“Perhaps foremost, he [Obama] wanted me to find a way to reach out to the Muslim world and engage much more with dominantly Muslim nations to help them feel good about their historic contribution to science, math and engineering,” Bolden said.

“Feel good” does not ensure that rockets reach outer space.

Three, there grows a new class rift between the rank-and-file military and the Pentagon’s top current and retired brass.

Increasingly, some brass spend extended tenures inside the Pentagon or within the Beltway, attached to the White House or Congress. They master the contours of the military-industrial complex and profit from them upon retirement. Many acquiesce to now-orthodox progressive ideology, which is omnipresent among federal bureaucracies and much of Congress.

Whereas all administrations used to prioritize traditional military preparedness, leftist administrations now see the military as a tool for accelerating their progressive domestic changes. The elite members of the military adjust, given that careers and promotions are either enhanced or sidetracked accordingly.

As a result, many of our top brass are far more politicized than in the past, and can grow more ideologically distant from lower-ranking officers and enlisted personnel.

The extraordinary, thin-skinned Pentagon effort to lump Tucker Carlson in with foes such as the Chinese is an illustration of this larger—and increasingly dangerous—pathology.