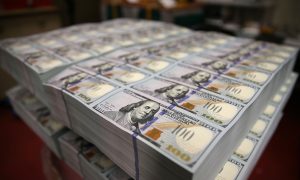 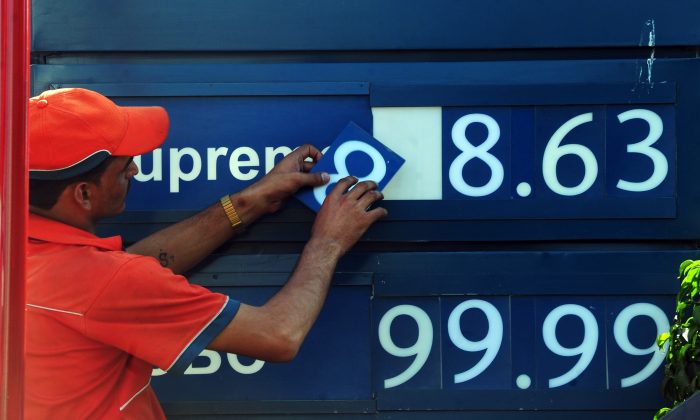 A Pakistani employee changes the oil prices on a billboard in Karachi on May 1, 2011. (ASIF HASSAN/AFP/Getty Images)
Business

Why Is Inflation So Low? It’s Missing the Digital Revolution

Central bankers around the world are worried that inflation is too low. “The threat of deflation is firmly on the table,” said European Central Bank’s Mario Draghi recently.

He wants 2 percent inflation for the eurozone. The same goes for the Federal Reserve: “The Committee expects that inflation will gradually return to 2 percent over the next two or three years,” the Fed stated in September.

Instead, U.S. consumer prices haven’t moved in a year. Inflation in the eurozone is also close to zero percent compared to a year ago.

“The consensus seven years ago was that we’re going to Quantitative Easing, print all this money, have hyper-inflation, gold is due to go to $10,000—none of it happened,” he said.

So GDP doesn’t go up at all, but my life is much better. Don’t confuse my happiness with GDP.
— Woody Brock, president, Strategic Economic Decisions

His point is that companies can produce more with less, a natural drag on prices. This is especially true in a tech- and services-heavy economy such as the United States.

“This is new. This is the digital revolution, shifting the supply curve in such a way that everything gets cheaper,” he says.

While this is good for consumers who can buy more goods and services with the same level of income, it is not good for GDP growth and debt holders, says Brock.

“So GDP doesn’t go up at all, but my life is much better. Don’t confuse my happiness with GDP,” he says, explaining that companies, individuals, and governments can only pay off their debts with nominal GDP growth.

A good example would be software apps you can download for free on your phone or on your computer. The quantity “sold” is very high for many, but they are often free. So they don’t add to GDP directly.

“The new goods and services, half of them are free. They are in terms of GDP, which is price times quantity for every component. I don’t care if the number of downloads hits is 500 billion, zero times whatever is zero,” says Brock.

His advice to central bankers is similar to former British Financial Services Authority chief Adair Turner’s: Print real money and distribute it in helicopters rather than doing quantitative easing.

“If they simply print $1 trillion in bills and drop them by helicopter, then you will have nominal price inflation,” Brock says, adding a little caveat:

“Zimbabwe was in a depression when its GDP grew at 200 percent a year.”