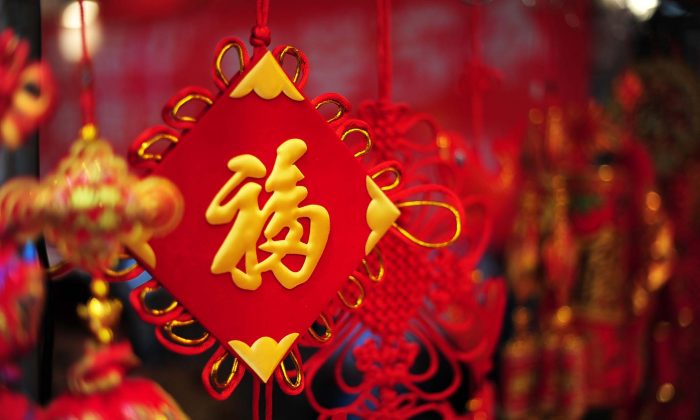 Every household displays this Chinese character “Fu” on their doors and windows during Chinese New Year. (Epoch Times)
China

Why is ‘Fu’ Pinned to Doors During Chinese New Year?

All Chinese people love the word “Fu – fortune”. Every household displays this Chinese character “Fu” on their doors and windows during Chinese New Year.

“Fu” represents luck, fortune, blessings – a wish for smooth sailing through life and the arrival of luck during the coming year.

According to folklore, when Jiang Ziya – a prominent character in Investiture of Gods, the classic work of Chinese fiction from the Zhou Dynasty – bestowed the posts of deities, his wife Madam Ma asked to be assigned one.

Jiang Ziya said: “Ever since you married me, we have always lived in poverty. You were predestined to be associated with poverty, so I hereby assign you to be the deity in charge of poverty!”

Ma was unhappy upon hearing this: “All deities have nice places to go; with such a title, where can I go?”

Jiang said: “You should not go to where fortune lies.”

It soon became known to the public, and as it was on the eve of the Chinese New Year, all households pinned “Fu – fortune” to their doors and windows to chase away the “deity of poverty”.

Ever since then, it has become the traditional habit to use pin-ups of “Fu” at Chinese New Year.

The character”Fu” in Oracle bone script, the earliest ancient writing, depicts a high alter table on the left for displaying offerings to Gods, while on the right of the character, two hands hold a barrel of wine − as if bringing it to the alter − as an offering, as an expression of gratitude and good fortune.

This character was present from the earliest origins of Chinese writings.