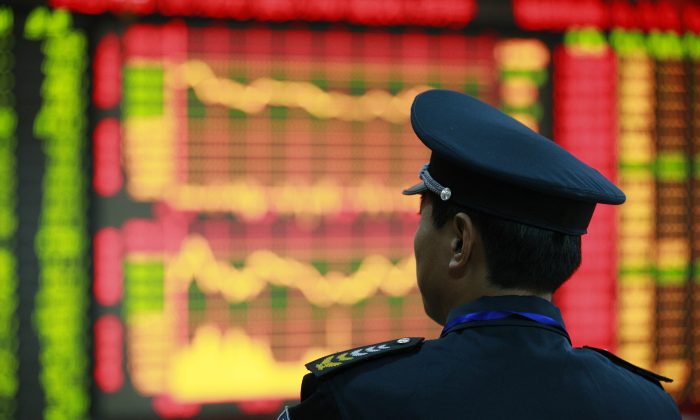 Why Insider Trading Is a Threat to China’s Stock Market

Small and medium investors are piling into China’s stock bull market, putting aside the painful memories of the past. But they would do well to remember that the source of information for the average investors determines whether they’ll make or lose money—and that those with connections in officialdom are always going to know more.

China’s stock market rally has been vigorously pushed forward by the regime, so it’s no surprise that fluctuations in the market can be traced back to information leaked to big players. Indeed, there seems to be a hierarchical order as to who gets key information and is able to monetize it. Average investors will never be able to compete with this.

First in the information hierarchy are the state-backed speculators and big financial institutions, who control enough money to really move the market. Besides hiring analysts to predict policy, these players rely on “public relations experts” to harvest information. Naturally, given that the market is heavily propped up by the authorities, they analyze meticulously the hand of regulators.

This takes forms commonly seen in the West where, for example, remarks by the head of the central bank—Zhou Xiaochuan of the People’s Bank of China—are enough to determine buy or sell orders. A recent speech by Zhou in March led to frenzied buying and massive trading volume on the Shanghai and Shenzhen markets, bringing record exchange volume in April. Later in the month, the announcement that the deposit reserve ratio would be cut led to massive market fluctuations and a 1 percent daily loss.

But the real bread and butter of the industry comes from insiders: leaks from securities regulators and listed companies.

As for the former, in China they’re said to take care of their personal finances while working for the state. As supervisors, they have easy access to some of the most important inside information and can use it to the profit of themselves, their friends, and relatives. Such cases are widely known.

In November 2014, hinting at the scope of the problem, the China Securities Regulatory Commission, the Public Security Bureau, and the State-Owned Assets Supervision and Administration Commission jointly hosted a national exhibition titled Insider Trading: Warning and Education, which went to Shanghai, Guangdong, Xiamen, Shenzhen, and elsewhere.

Some offenders are sometimes prosecuted, but the more common practice is to let the suspected officials leave their jobs in order to cover up large scandals. But, predictably, the former officials often then go on to land jobs in the institutions that they tipped off earlier. The securities firms are happy to take on their former “advisers,” and continue to make use of their relationships inside the regulatory agencies.

Inside news about listed companies is also important. In 2014, Li Jiange, chairman of Shenyin & Wanguo Securities, openly said that whenever listed companies hold board meetings, regulatory departments send people to be nonvoting delegates. “They often go to the restroom during the meeting, and the market starts to fluctuate.” He was implying that they take the opportunity of a bathroom break to leak key news to their contacts in the industry.

Not only central-level regulatory departments send people to attend such meetings, but sometimes the finance office of the local government also dispatches staff to attend as “nonvoting delegates.” These observers sometimes outnumber actual board members. Why do they show such great interest? Because the board meeting makes vital decisions for the listed companies, such decisions are trade secrets, and, most importantly, inside news about securities exchanges can determine the future price of company stock.

China’s Company Law and Securities Law says nothing about the right of government officials to simply attend board meetings as they please, and the practice is an obvious abuse of power.

Although criticism of insider trading like this has always been leveled—it undermines the order of the market, hurts retail investors, and corrupts social values—the practice appears too entrenched, and profitable, to be eliminated under the current political system.

He Qinglian is a prominent Chinese author and economist. Currently based in the U.S., she authored “China’s Pitfalls,” which concerns corruption in China’s economic reform of the 1990s, and “The Fog of Censorship: Media Control in China,” which addresses the manipulation and restriction of the press. She regularly writes on contemporary Chinese social and economic issues.