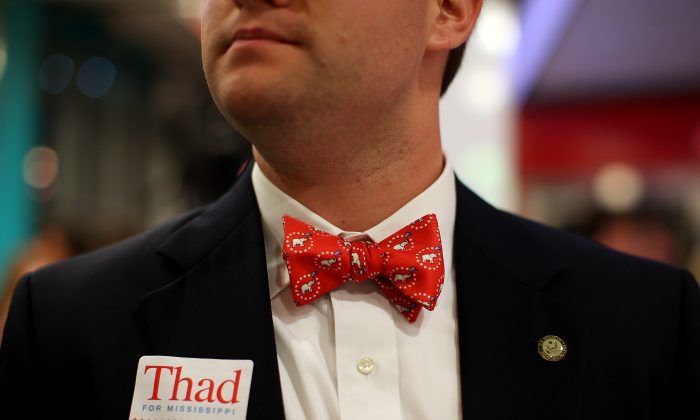 Why Incumbents Keep Getting Re-elected

It’s no news that Congress is unpopular. In fact, at times it seems like the only real novelty on Capitol Hill would be a jump in its approval rating. In June, a Gallup poll found members’ standing with the American people at a historic low for a midterm-election year. Which might have been notable except, as The Washington Post pointed out, that “Congress’s approval rating has reached historic lows at least 12 … times since 2010.”

Here’s the interesting thing: nearly three-quarters of Americans want to throw out most members of Congress, including their own representative, yet the vast majority of incumbents will be returning to Capitol Hill in January. In other words, Americans scorn Congress but keep re-electing its members. How could this be?

The first thing to remember is that members of Congress didn’t get there by being lousy politicians. They know as well as you and I that Congress is unpopular, and they’re masters at separating themselves from it and running against it—appearing to be outsiders trying to get in, rather than insiders who produce the Congress they pretend to disdain. They’re also adept at talking up their own bipartisanship—which is what most general-election voters want—when, in fact, they almost always vote with their own party’s leadership, especially on the obscure procedural votes that can decide an issue before the actual up-or-down vote is taken.

Just as important, incumbents enjoy an overwhelming advantage in elections: a large staff, both in Washington and at home, whose jobs focus on helping constituents. They find lost Social Security checks, help get funding for economic development projects, cut through red tape to secure veterans’ benefits. At election time, voters remember this.

That’s not the only help members can expect. They’re buttressed in ways challengers can only dream about. They’re paid a good salary, so they don’t have to worry about supporting their families while they campaign. They get to spend their terms effectively campaigning year-round, not just at election time, and they are able to saturate their state or district with mass mailings. The nature of their work allows them to build ties to various interest groups back home—which quite naturally seek out the incumbents and ignore challengers.

Incumbents receive invitations to more events than they can possibly attend; challengers have trouble finding a meeting interested in having them. Incumbents get the honored place in the parade, the prime speaking position, the upper hand when it comes to raising money; challengers have to fight for visibility and money. And the news media seek out incumbents, often ignoring the challengers.

In fact, challengers are at a disadvantage at almost every point in a campaign. From building name recognition to arranging meetings to building credibility with editorial boards, donors, and opinion leaders, they’re trudging uphill.

They do get one leg up—they’re in the district all the time, while the incumbent has to be in Washington regularly—but that’s a small advantage compared to the obstacles arrayed against them. Especially when districts are gerrymandered, as they often are, to protect incumbents. This means that in primaries, incumbents generally need to focus just on the most active voters, while in general elections the vast majority can consider themselves on safe ground.

But there’s another reason incumbents keep getting re-elected that’s also worth considering: voters—that’s you and me. Most Americans don’t vote, which means that a U.S. senator or representative might be elected by only 20 percent of the eligible voters. And those who do vote often cast their ballots for narrow or unusual reasons. They like the way they got treated by the incumbent’s staff, or they shook his or her hand at a county fair, or they like his or her stand on a particular social or economic issue, or perhaps they just recognize the name.

Whatever the case, they don’t look at an incumbent’s entire record: votes on a cross-section of vital issues; willingness to work with members of different ideologies and backgrounds; ability to explain Washington back home and represent home in Washington; skill at forging consensus on tough policy challenges.

It’s really no mystery that incumbent members get re-elected. Their advantages are baked into the system.