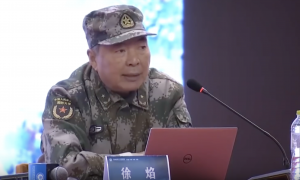 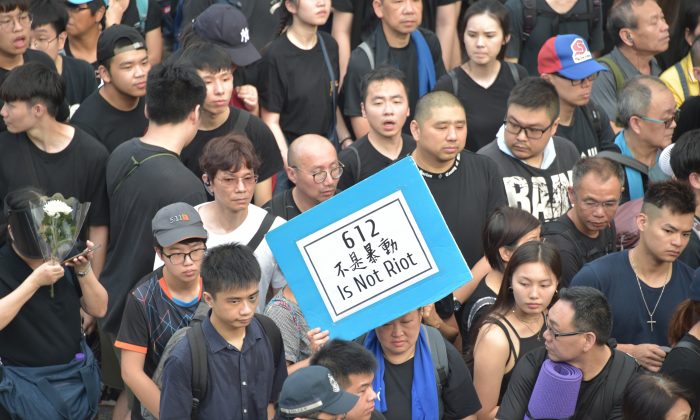 Protesters gathered in hundreds of thousands on Hong Kong streets in protest of the proposed extradition bill, demanding it to be withdrawn, on June 16, 2019. (Weili Guo/The Epoch Times)
Thinking About China

Why Hongkongers Are So Great

Hongkongers took to the streets again on June 16, after about 1 million people protested on June 9. But this time, even more marchers joined in, roughly 2 million, according to organizers’ estimates.

Under normal circumstances, it’s very difficult to mobilize people to express opinions on a certain topic. On one hand, the opinions of the public are inconsistent; on the other hand, most people are indifferent. Even in mature Western democracies with high political participation rates, voter turnout hasn’t been high, and protesting on the streets seems even less likely to occur.

However, Hong Kong seems to be an exception.

In 1989, after the Tiananmen Square massacre, 1.5 million people in Hong Kong gathered to protest. In 2003, a half-million people amassed in protest against the 23rd Article of the Basic Law. In fact, Hong Kong is the only place in the world where mass rallies and vigils are held each year to commemorate the victims of the violent crackdown against the 1989 student movement, now 30 years later.

In the eyes of many people, Hong Kong is a place where people only care about money but not politics. Before the handover of the city to China in 1997, I thought that Hong Kong would soon become “one system,” just like Tibet. Looking back, the wrong prediction at that time didn’t take into account several factors unique to Hong Kong.

First, the CCP still needs Hong Kong’s “one country, two systems” as an example to rein in Taiwan. Second, the Chinese Communist Party’s (CCP) elites need Hong Kong as an independent international financial center to guarantee their interests. Third, Hongkongers have a unique courage and sense of determination to pursue democracy and defend freedom.

This time, Hong Kong’s two large-scale demonstrations showed the world the quality of its people—such examples include the young people cleaning up the streets after the protests, as well as a huge crowd giving way to allow an ambulance to pass. Some praised these actions and give credit to British colonial rule. It’s a fact that Hongkongers accept modern civilization, but it’s certainly not the only reason.

The performance of this protest parade is very rare even in mature democratic countries. Hong Kong is an immigrant city, and most of its population comes from the tide of refugees from mainland China after the end of World War II to the early 1980s. From 1945 to 1950, the population surged nearly fourfold in just five years.

In any country, any region, and any community, a sudden influx of new immigrants that exceeds the number of native residents will change the local culture and customs. In other words, the probability of Hong Kong becoming more like mainland China is higher than new immigrants becoming more like Hongkongers. So, what are the other reasons that make Hong Kong people today so different from mainland Chinese?

Because of a speech by Chinese Army General Xu Yan, which was circulated on the internet, I figured out at least some of the answers. In his speech, Xu divided the people of Hong Kong into three groups—the natives who were educated by Hong Kong and Britain; those who fled mainland China around 1949 and 1950; and those who escaped the Great Famine and the Cultural Revolution. Xu believes that the latter two groups of people and their descendants hate the CCP the most, thus these Hongkongers are the worst, more so than the Taiwanese.

Xu was speaking from his own observations, as he and other leaders of the People’s Liberation Army (PLA) Hong Kong garrison participated in a demographic study after the handover in 1997. This should be the internal figures and conclusions of the CCP.

From the viewpoint of numbers alone, it can also be confirmed from the demographic changes in Hong Kong. Hong Kong’s population in 1945 was 600,000. By 1950, it had soared to 2.2 million, which was exactly the timing of the first wave of mainland Chinese leaving China. The number of people escaping from the mainland from 1950 to 1980 should be 2.5 million—the new mainland immigrants discussed in this article mainly refer to those people.

Who are the first wave of escapees that Xu spoke of? Some people say they were businessmen who fled the mainland to Hong Kong, but that’s not necessarily true. The entrepreneurs mainly fled on the eve of the establishment of the People’s Republic of China (PRC) in October 1949, and the “sweeping out” that remained in the mainland was three years later, during the “Three Great Remoldings,” which referred to the nationalization of private property and businesses.

China had long been an agricultural society. For a thousand years, the government ruled the county level, and the rural areas below the county level were governed by an upper class that looked after the affairs of the countryside. The wealthy landowners were the carriers of the traditional culture. They mediated the neighbor disputes, handled charity, and organized post-disaster reconstruction. Because of that, they are also the primary targets of the CCP’s agrarian revolution (land reform).

As for another campaign, the goal of the Suppressing Counterrevolutionaries campaign, which began in 1950, was to eliminate the Kuomintang followers who stayed behind on the mainland, that is, the military and government personnel of the Republic of China. Most of these two groups of people were eliminated by the CCP, and those who survived, including their children, continued to be threatened, criticized, or killed during later political campaigns.

The fathers of Jin Yong (Louis Cha Leung-yung, Hong Kong’s most famous writer) and Liang Yusheng (Chen Wentong, another famous writer) were killed by the CCP at that time.

In other words, the people eliminated during the Land reform and Suppressing Counterrevolutionaries campaigns were the elites of the traditional and modern society of China. Once millions of elites were wiped out, Chinese society was basically ruled by the ruffians, who were the main force of the CCP revolution.

Because of Hong Kong, a small number of these elites were able to escape and found refuge in the city. Actually, people who followed the Kuomintang to Taiwan and those who escaped to Hong Kong were basically the same type of people, the difference being that the latter had witnessed or experienced the CCP’s brutal persecution and had a deeper understanding of the nature of the CCP as a whole.

The third group is actually divided into two parts—three years of famine and the Cultural Revolution. The exodus from the three-year famine was dominated by hungry refugees, while those who fled the Cultural Revolution included economic and political refugees. From the perspective of social class, this group is different from the first group of refugees. Many people from this group were originally from the lower levels of society, but have their own characteristics. Unlike most farmers during the Great Famine, who were forced to stay at home and starved to death by local CCP officials with guns, those people would rather be shot or drowned upon escaping, rather than staying home and starving to death.

Those two groups of Hongkongers have something in common. They all resisted the persecution of the CCP and weren’t influenced by CCP culture, although those who were influenced by the CCP culture instinctively sought to resist it. They brought Chinese traditional culture to Hong Kong and immediately accepted the freedom and the rule of law of Western civilization in Hong Kong. That proves that Chinese traditional culture is compatible with Western modern universal values, and there is no fundamental conflict.

What is incompatible with the world is the Party culture and communist ideologies of the CCP.