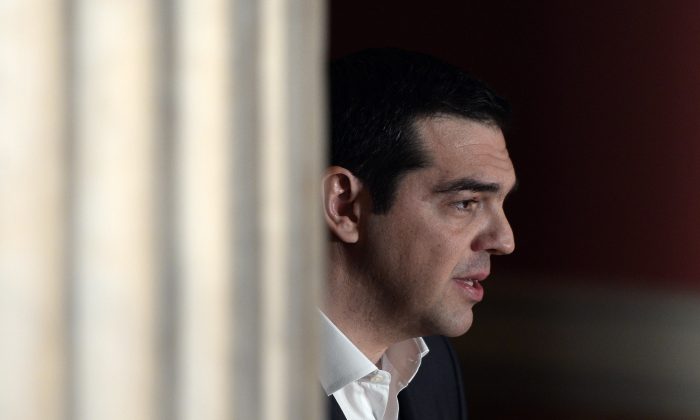 Greece is between a rock and a hard place. Having wasted the chance to make a clean sweep, default and restructure, it is now dependent on foreign help. The good news is it has a few countries to choose from.

This week, Greek premier Tsipras visited Vladimir Putin in the Kremlin to discuss how the two countries can cooperate.

Although the terms were kept rather general, it is clear what both parties want. Putin wants Greece to cooperate on its new Turkish Stream pipeline project, which is supposed to deliver gas to Europe via Turkey and Greece.

In addition, Russia has a big interest in having Europe lift economic sanctions. If it strikes a bilateral deal with Greece, other countries could follow suit.

In a very unrealistic dreamlike scenario, unlimited economic support from Russia could enable Greece to completely turn its back on the European Union and the International Monetary Fund, default on all of its debt and start again with Russian help.

Getting rid of the debt would mean independence from EU interference in Athen’s affairs and scrap costly interest payments. However, there is a big catch; otherwise Greece might have already done exactly that.

In essence, Greece racked up hundreds of billions in external debt because it had to borrow to import foreign products which it cannot produce itself. In order to start again from scratch, Greece would need to import a lot of foreign know-how and capital (technology and machinery) to get its industry started again.

However, after a hostile default, nobody in Europe will lend it the money to that. Here is where Russia comes in. With new loans from Russia totaling less than the debt owed to Europe and the IMF, Greece could buy all the equipment and knowledge it needs to invest in its economy. Over time this investment would pay off and Greece could pay back the loan.

Russia would probably get preferred treatment and start dominating the Greek economy because of this. However, the capital required would be north of $50 billion euros and this is a sum even Russia with its currency reserves of $400 billion cannot afford. Its economy is too weak because of sanctions and the low oil-price to plow in billions into the Greek economy.

So financial support from Russia likely won’t exceed $1 billion which would give Greece some leeway to pursue projects the EU and IMF won’t allow it to do. Russia on the other hand might get cooperation on the pipeline issue.

This way Greece shows it’s not completely dependent on the EU and IMF, but it’s not enough to achieve complete independence either.