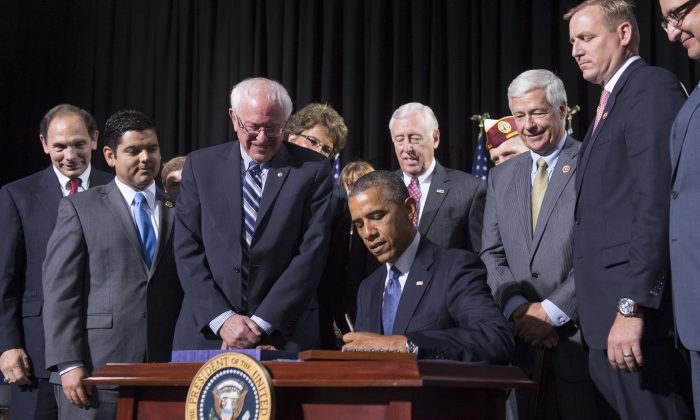 One of the fundamental lessons of the 9/11 tragedy was that our government carried a share of blame for the failure to stop the attacks. Not because it was asleep at the switch or ignorant of the dangers that al-Qaeda posed, but because the agencies charged with our safety did not share what they knew, either up and down the chain of command or with each other. The attacks were preventable with shared information.

This insight was highlighted in the report of the 9/11 Commission—on which I served—and became a key driver of the reforms instituted by the U.S. intelligence community over the last dozen years. Within the government, there are plenty of people who now understand that sharing information and using it to inform planning and debate produces better policy: rooted in facts, well-vetted, and more robust.

So it’s worrisome that today it seems harder than ever to know what our government is doing, and not just when it comes to national security. Secrecy and a widespread failure to share information both within government and with the American people remain major barriers to the effective operation of representative democracy.

This unwillingness to be open often arises for the wrong reasons. In many cases, officials claim they’re trying to prevent harm to the national security, but actually want to avoid embarrassing themselves or to sidestep the checks and balances created by our Constitution.

So secretiveness infiltrates government culture. The White House has become remarkably adept at making sure the president rarely faces an unscripted or uncomfortable moment—a trend that’s been building for decades. The government classifies far too many documents at too high a cost, to the point where vital information is inadequately protected because of the sheer volume of needlessly classified information.

Federal agencies often keep information from inspectors general, our nation’s appointed watchdogs. They do their best to put strict limits on what Congress finds out; I often get the impression that the executive branch would prefer an uninformed Congress to one knowledgeable enough to press high-ranking officials, including the president, on their understanding of policy challenges, the steps they’re taking to address them, and the articulation of the policy.

Congress—ostensibly the people’s branch of government—all too often lets the executive get away with it.

Failing to share information makes us weaker. It enfeebles congressional oversight, which is one of the cornerstones of representative democracy and which, when aggressively carried out by fully informed legislators, can strengthen policymaking. It makes it far more difficult to maintain our system of checks and balances. It exacerbates mistrust between branches of government and between the government and the American people. And it chips away at the foundation of our system, which rests on a public that is well-informed about what government is doing and why.

Without that information, we are poorer in our ability to exercise discriminating judgment on the conduct of policy and of politicians, and we lose our advantage over authoritarian societies: the spread of knowledge to people searching for a solution to our society’s challenges and problems.

In fact, if you look at the public discussion of any number of recent controversies—Benghazi, NSA surveillance, the IRS rulings, reform of the VA, the subsidies going to solar manufacturer Solyndra—what’s clear is that as more information became available, resolving the problem became more straightforward. And failing to share information can ensnare an administration in worse problems than it was trying to avoid. Iran-contra, Watergate, the Pentagon Papers: each of these had a major impact on our constitutional system, and each was characterized by efforts to suppress information.

In short, on most issues we’re better off if the American people know what’s going on. Full disclosure doesn’t produce good government by itself, but it makes it more likely.

To be sure, on occasion secrecy is legitimate and necessary, but representative government—with its systems of checks and balances—cannot function properly without openness and the presumption should always be in its favor. If officials want to keep information secret, they should bear the burden of explaining why. I hope you’ll join me in pushing for an era of openness in government.