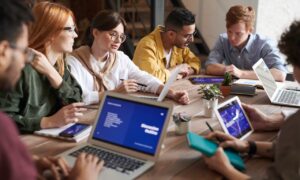 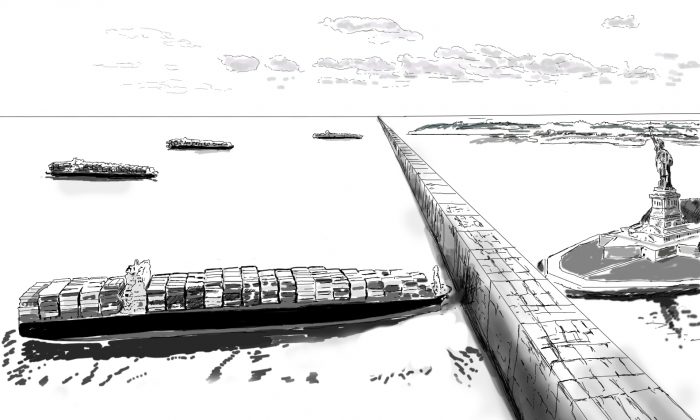 Why Free Trade Doesn’t Work for the Workers

According to conventional economic theory, free trade is a winner for developing and developed countries alike. That’s how globalists sold Americans on NAFTA and China’s ascension to the World Trade Organization (WTO), but that’s not how it played out.

Millions of lost manufacturing jobs later, frustrated American workers from the rust-belt states like Wisconsin, Ohio, and Michigan voted for Donald Trump, the first candidate in decades to oppose the free trade doctrine.

But why doesn’t free trade work? And what can a President Trump do to reverse the near complete offshoring of American manufacturing?

Mainstream economics cannot answer these questions. That’s why Epoch Times spoke to Steve Keen, author of “Debunking Economics” and lecturer at London’s Kingston University who was able to offer both an explanation and insights on how Trump could revive American manufacturing.

Steve Keen: The starting point of the conventional theory is that you can increase efficiency by specializing. For example, China is absolutely better at producing two things like steel and textiles than the United States, but its competitive advantage is relatively higher in steel production than textiles.

They will admit there will be winners and losers, the steel industry in the United States will suffer whereas the textile industry will gain. The theory is that the winners compensate for the losers and there is more for everyone.

So it’s assuming full employment, everybody who wants a job gets a job, which is not the real world. And they also assume you can move resources from one industry into another. Workers can retrain, it is possible to retrain a textile worker into a steel worker. It takes time but it can be done.

Aside from the fact that China now produces more of everything, what is not possible is turning a weaving machine into a steel furnace. And that’s why you have the rust-belt. In the case of China and the United States, the steel plants in the United States won’t become weaving machines; they just turn into rust. So what you have is absolute destruction of physical resources in one country.

Or they ship the capital to the place where the low wage workers are, like China or Mexico, and what you get is a class redistribution of income. The workers in the developed country lose, the capitalists in that country gain.

The capitalists in the developed country still own the machinery and employ people but in a different country and at lower wages. Then they sell the products back into the American markets at the same prices but at lower costs. So they gain, and the working class has to finance their consumption with increased levels of debt because they don’t have the income anymore.

Trump is used to playing hardball, and now he will have to negotiate with bureaucrats and their corporate backers.
— Steve Keen

Epoch Times: How could Western societies let this happen?

Mr. Keen: The motivation is profit, and the question is whether companies or the government would constrain their greed. You don’t if you don’t care what the workers think.

But in a democracy you get to the point where the workers have lost so much because of globalization, they get sick and tired of hearing the fairy tale that they won’t suffer and that it’s all for their own good. And they look at their decayed streets and factories and dismal jobs and lower share of income, and they say: “You know what, I’m going to vote against this.”

And that’s what we are seeing globally now with Trump and Brexit, this revolt against globalization and financialization. The absolute losers of all of this are the working class of the first world. The winners are the multinational corporations.

Epoch Times: Most governments in the West tried to paper over the job losses by expanding the welfare state. With the election of Trump, however, the workers don’t seem to be content with handouts anymore.

All this welfare is replacing work which is the case in the rustbelt areas makes people angry and resentful. Their self-worth is challenged and they are not going to be happy with the establishment.

Epoch Times: So what can Trump do to reverse the process?

Mr. Keen: Once you have transferred all your capacity offshore, it’s very hard to reverse the process. You haven’t just lost the industrial capacity, you have lost the skill-base as well, you don’t have the engineers and designers anymore. They used to build new versions every year; now they are gone.

What he can do on the fiscal front is his plan to invest in infrastructure.

If he goes into this massive program as he has talked about and insists on a made-in-America policy, which he will do, that will provide the financing for the reindustrialization to occur. I’m not worried about a potential deficit because he has the world reserve currency in his hands and the Fed can print as much of it as necessary.

Then, if you produce all the infrastructure components onshore, you don’t even need trade tariffs. In my opinion, this wouldn’t be a trade barrier under WTO rules, but this could be the first dispute he has with the WTO.

Because there is demand by the government and the components have to be manufactured onshore, capital needs to be invested and workers trained for the job. On top, you have the increases in productivity through infrastructure, another positive.

Epoch Times: What about tariffs?

Mr. Keen: It’s not going to be peaceful, and there will be repercussions for American companies. Trump is used to playing hardball, and now he will have to negotiate with bureaucrats and their corporate backers.

There will be attempts to control what Trump does through the WTO and it will be interesting to see how successful those attempts will be.

Epoch Times: What about automation, doesn’t that render the whole process of on-shoring meaningless?

Mr. Keen: Part of the motivation to move production offshore was cheap labor. But as we are getting better and better robots, you can have machines you can retrain for different assembly processes.

In a well-functioning human society, that wouldn’t be a problem. The problem in a neoclassical capitalist system is that the workers lose out because their only source of income is wages. If there is no need for wages anymore, you don’t have an income anymore.

So we have to think about a post-capitalist income system. Trump is a right winger but not an ideologue of small government.

The conventional economic theory makes you think that way, reduce government as much as possible. Trump doesn’t seem to think that. He seems to be much more pragmatic in his attitudes.