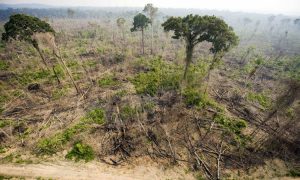 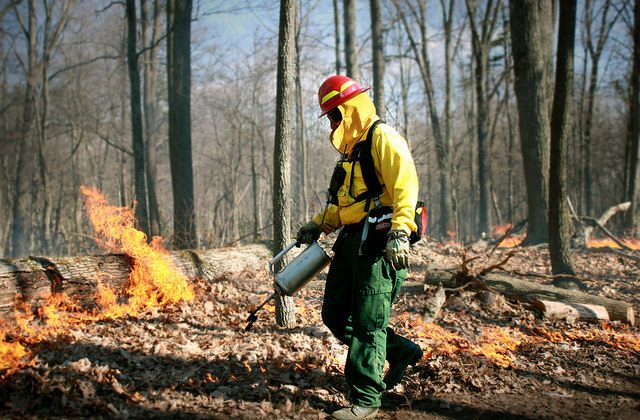 The benefits of controlled burns may outweigh the costs, according to a survey of forest managers. As one manager said: "Prescribed burning is the most important forest management tool we have." (vastateparksstaff, CC BY)
News

Why Forest Managers Want to Set Fires but Can’t

Forest managers say prescribed burns every few years could help prevent costly wildfires and control disease. But hurdles like staffing, budget, liability, and new development are putting a damper on their efforts.

Fighting wildfires is costly. The United States government now spends about $2 billion a year just to stop them, according to the National Interagency Fire Center. That’s up from $239 million in 1985.

For a new study, researchers conducted an online survey of 523 public and private land managers across Region 8 of the US Forest Service, which includes 13 southern states, to determine if front-line experts think prescribed burns prevent wildfires and maintain vegetation and healthy ecosystems. And if they do, what are the circumstances under which such burns work best.

“Although managers reported increases in prescribed fire use in the South over the last decade, these increases have attenuated in the last five years,” says Leda Kobziar, associate professor of fire science and forest conservation at the University of Florida.

“Public land managers said burning can be limited by staffing and budget, while private land managers were more concerned about liability.

“Even though prescribed burns cannot prevent all wildfires, survey respondents agree that regular burning helps reduce wildfire intensity and severity, and therefore cuts costs and risks for firefighters and the public.”

Prescribed burns are conducted to restore unhealthy ecosystems. A beneficial prescribed burn can minimize flammable materials and the spread of pest insects and disease. It can also improve habitat for threatened and endangered species, recycle nutrients back to the soil, and promote vegetation growth.

But as time passes, prescribed burns lose their effectiveness, the study published online in the journal Forests reports. Only 10 percent of forest managers saw reductions in wildfire in pine forests when there are five or more years between burns.

Because of constraints such as weather and smoke management, forest managers can’t do prescribed burns as often as they’d like, Kobziar says. Another hurdle is the proximity of commercial and residential areas to forests.

Although less than .01 percent of prescribed fires escape, such concerns force private contractors to purchase prescribed burning insurance, which can cost $1,000 to $10,000 annually, or up to $700 per burn.

The survey suggests that given the critical nature of prescribed burning for maintaining fire-adapted ecosystems across the South, the benefits may outweigh the costs. As one manager who responded to the survey says, “Prescribed burning is the most important forest management tool we have.”

Source: University of Florida. This article was previously posted on Futurity.org under CC by 4.0.