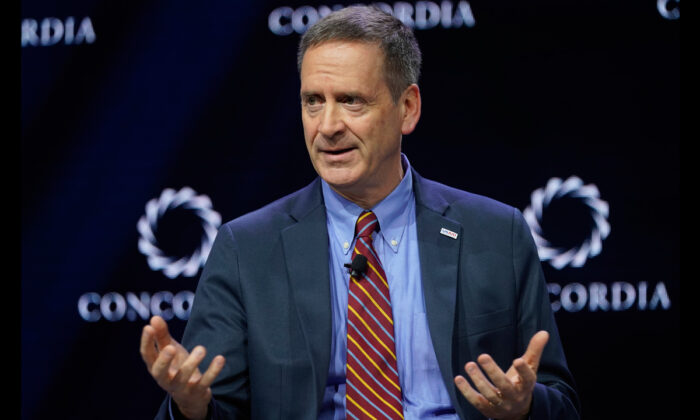 Wealth-redistribution schemes “end up redistributing poverty,” economist Thomas Sowell once said. While he was referring to individuals, the dictum also applies to countries.

For example, see the billions the United States has given to poor nations over the past 75 years, with little to show for it.

New research conducted by the American Enterprise Institute (AEI) has identified a major reason why historic beneficiaries such as Ethiopia and Haiti remain mired in poverty: Little of the development funds trickle down to the target communities.

A confiscatory portion goes to the pockets of federal bureaucrats and U.S. contractors, and another sizable chunk goes to urban, middle-class, or affluent partners in recipient countries. Further, one-fifth of U.S. aid goes through local governments, which tend to be corrupt and incompetent.

An Acute Need to Optimize Aid

In 2017, the United States allocated $49 billion to help 209 countries. The largest recipient continent was Africa, with 51.6 percent of the budget, mainly for development, food security, and medical programs.

However, the major recipient countries were war-torn Afghanistan (11.6 percent) and Iraq (7.5 percent) to address peacekeeping, security, and governance.

In fact, the U.S. Agency for International Development (USAID), which channeled $20.5 billion of financial aid in 2017, employs more than 9,000 bureaucrats throughout the world. It isn’t surprising then that about 20 percent of money transfers went to administrative costs, operating expenses, project design, oversight, office equipment, export control, and travel costs.

That same year, the Office of the Inspector General at the State Department, an agency that also manages aid, pointed out key shortcomings of USAID programs. These include weak project design, monitoring, and internal controls, inadequate local capacity and qualified personnel, and difficulties coordinating with multiple stakeholders.

In response, Danielle Pletka, AEI’s senior vice president of foreign and defense studies, recommended that the House Committee on Foreign Affairs fund only those programs with a proven track record. Given its role in securing prosperity, Pletka argued that programs aiming to strengthen institutions and foster individual and economic freedom ”should have primacy.”

In addition, the AEI study suggests cutting out unnecessary intermediaries and reorienting financial aid toward local contractors and universities. In agriculture, for instance, it recommends working with midsize producers, rather than small ones that are ill-equipped to meet the objectives of most programs.

Who’s Behind US Aid Deployment

Nobel laureate Angus Deaton has been a fierce critic of foreign aid for often hurting the poor in underdeveloped nations. The economist—noted for his research on development—says that aid generally alters the interaction between government and citizens, derailing responsiveness.

Akin to the resource curse, a steady source of external funding makes governments less accountable to constituents. Being transparent to taxpayers is no longer paramount. Developing nations already suffer from weak rule of law and low respect for individual rights, so the fewer the checks and balances, the more officials will feel emboldened to expand government meddling.

Even if civil-society groups receive the funds, a clash of interests occur between the target populations and the stakeholders. Nonprofits have an incentive to keep the funds coming—including by way of lobbying—and raise their own international profile, which distracts them from local needs and cultural differences.

The United States isn’t the sole stakeholder exerting influence in target communities. Foreign aid has become an instrument of ideological nonprofits, which are predictably a magnet for people with paternalist and socialist inclinations. Rather than foster economic progress, they often block development and mimic wealth-redistribution schemes in over-governed First World countries.

A similar problem has arisen with the Fulbright Program, which President Donald Trump has wisely sought to cut. A plethora of crony organizations have encircled this feel-good program that uses taxpayer dollars to bring foreigners into the United States. It sends them right into the arms of Marxist-dominated university faculties—as though there were a shortage of foreign students enjoying heavily subsidized U.S. universities.

Perhaps the most ludicrous and destructive outcome of supposed aid is that it often ends up with organized crime and terrorists. For example, in 2018, a USAID audit found that about $700 million in assistance had gone to terrorist groups in Iraq and Syria.

In 2012, foreign aid accounted for 28 percent of Malawi’s GDP, and corrupt officials pinched around $32 million. More than 70 people were arrested as part of the “cashgate” scandal, with some now serving prison sentences. Aid to the country was frozen while investigations were carried out.

That’s why economists David Hulme and Daron Acemoglu favor cutting out all middlemen. Cash transfers and supply provisions—vaccinations, prescription drugs, and other medicine—are best when sent directly to legitimate recipients.

Despite being a major aid destination, Afghanistan remains one of the world’s most corrupt countries. The 2018 International Corruption Perception Index (ICPI) ranks Afghanistan 172nd out of 180 countries, and Iraq 168th. The top African aid recipients are Ethiopia, ranked 114th in the ICPI, South Sudan (141st), and Kenya (144th).

These countries received similar evaluations from the United Nations 2018 Human Development Indicators (HDI). Out of 189 nations, the HDI ranked Afghanistan 168th, Iraq 120th, Ethiopia 173rd, and Kenya 142nd. The ranking didn’t include South Sudan, but it points out that nation would score the lowest in education, health, and income.

To be fair, some aid has produced positive results, at least in the short term. The AEI study acknowledged support for “smallholder agriculture contributed to greater food security for subsistence households by mitigating their vulnerability to the consequences of adverse weather, health, and other shocks.” Farmers became more resilient during the period of support. Along the lines of giving a man a fish rather than teaching him to fish, the undesirable outcome is the subsidization of unsustainable and uncompetitive agriculture.

While an ideal fix would be to cut foreign aid cold turkey, with private charity in its place, at least a narrowing or consolidation is overdue and compelled by the evidence. Aid to fight terrorism, such as Plan Colombia, makes sense, but fluff and wasteful intermediaries must go.