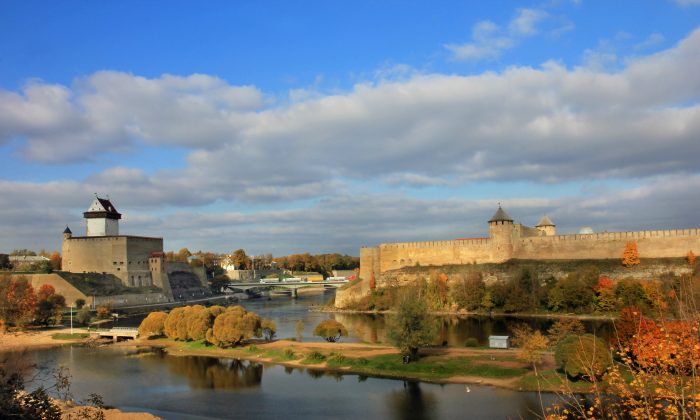 I recently stood on the Estonian-Russian border. It was freezing cold and snowing lightly. Looking south along the Narva River, I could see the Estonian city of Narva on the right and the Russian city of Ivangorod on the left.

I was standing on Freedom’s frontier. This river, maybe 100 yards across, is the dividing line between a free and democratic Europe and an oppressed and autocratic Russia. The two historical castles on each side served as a stark reminder of how contested this region has been for centuries.

For years, even before Russia’s aggression in Ukraine in early 2014, The Heritage Foundation has focused on the importance of Nordic and Baltic security. This is why I chose to visit Finland and Estonia in the end of March to attend a series of high-level meetings on issues like regional security and the future of NATO.

The Next Cold War Has Already Begun in Cyberspace

The United States has a long history of championing the sovereignty and territorial integrity of the Baltic states, dating back to the interwar period of the 1920s. Today, America’s interest in the Baltic region derives primarily from its treaty obligations as part of the North Atlantic Treaty Organization (NATO). These obligations mean we need to defend a city like Narva as a vital U.S. interest.

Although small in size and population, Estonia punches above its weight inside NATO and is an example for all of the Alliance to emulate. Estonia is only one of five countries (out of 28) to spend the NATO requirement of 2 percent of GDP on defense.

While many European countries sent their troops to the safer parts of Afghanistan, Estonia deployed theirs to Helmand Province—one of the country’s deadliest regions.

After the Russian cyberattack in 2007, Estonia led the debate inside NATO on the importance of cybersecurity and is now home to the NATO Cooperative Cyber Defence Centre of Excellence.

Estonia also ranks second in the eurozone and 9th in the world in the 2016 Index of Economic Freedom, published by The Heritage Foundation and The Wall Street Journal.

Why does Estonia do all of this? During my visit, I learned that it is because Estonia wants to be seen as a net contributor to NATO’s security and not a free rider. So in the event that Estonia needs NATO for its defense, the Alliance will be there, no questions asked.

Why does Estonia matter to the United States? Defending Estonia is not about defending a piece of territory in some far off place most Americans have never heard of, like Narva. It is about defending common values and ideas we share with many of our European partners.

These values and ideas are increasingly under threat from countries like Russia and terror groups like ISIS. Under NATO, an attack on one is an attack on all. So when people say that “Estonia is next” for Russia’s aggression or ISIS’ brutality, what they really should be saying is that “America is next.”

Some of America’s oldest (France) and closest (the United Kingdom) allies are found in Europe. The U.S. shares a strong commitment to the rule of law, human rights, free markets, and democracy with many across Europe.

Many of these ideas, the foundations upon which America was built, were brought over by the millions of immigrants from Europe in the 17th, 18th, and 19th centuries. NATO is the ultimate defender of these ideas and beliefs, and the U.S. is the strongest military power in NATO.

It will be far easier and cheaper defending countries like Estonia and deterring Russian aggression than it would be liberating them.

The Obama administration has taken a number of steps over the years to make many of our allies in Europe question America’s commit to NATO. Examples include the Russian “reset” with Moscow in 2009 and the removal of 10,000 U.S. troops, including the two armored brigades, from Europe in 2013.

Since Russia’s invasion and annexation of parts of Ukraine, the administration has taken some good steps to reassure our allies in NATO, but much of what has been done has been too little and too late. As The Heritage Foundation has recently argued, a lot more can be done.

The stability and security that NATO has brought to Europe has greatly benefited the United States. Now is not the time to turn our backs on our closest allies.

One thing is for certain: It will be far easier and cheaper defending countries like Estonia and deterring Russian aggression than it would be liberating them.

It is time that American leadership returns to Europe, bringing a real commitment, backed up by actions and not just words, to live up to our NATO obligations. This is what is best for America’s security.