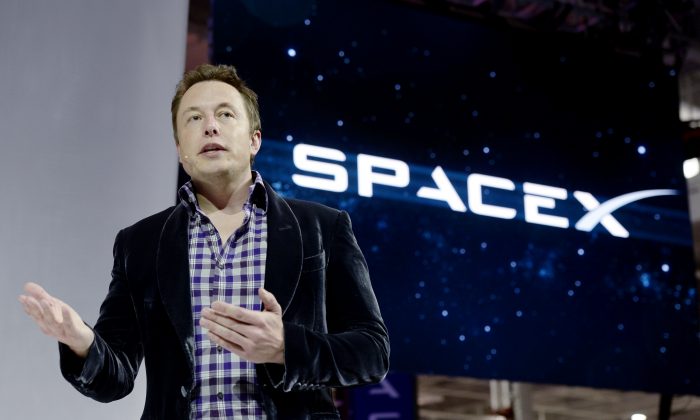 Elon Musk, the founder and CEO of SpaceX and Tesla, has been credited with almost single-handedly reviving the public’s interest in interplanetary travel and space colonization.

Musk’s recent success in transforming formerly far-fetched ideas, like affordable electric cars, into reality has furnished scenarios plucked out of science fiction and made them respectable by his mere endorsement.

One of Musk’s stated goals for SpaceX is to make space-travel so efficient and low-cost that enough humans would travel to and colonize Mars.

“Either we spread Earth to other planets, or we risk going extinct. An extinction event is inevitable and we’re increasingly doing ourselves in,” Musk said in 2013.

However, it’s unlikely that Musk himself will lead the colonization of Mars, and there’s a large chance that he himself will never travel to outer space. He’s already ruled out being on the first trip to Mars.

“I would only be on the first trip to Mars if I was confident that SpaceX would be fine if I die,” Musk said in 2014, as told in Ashlee Vance’s book to be released on May 21, “Elon Musk Tesla, SpaceX, and the Quest for a Fantastic Future.”

“It would be like the head of Boeing being a test pilot for a new plane. It’s not the right thing for SpaceX or the future of space exploration.”

On Musk’s own optimistic timeline, SpaceX would make large-scale travel to Mars available—at a pricey $500,000 one-way trip—around 2025 at the earliest. By then, Musk, a notorious workaholic, would be 54, hardly an auspicious age for first-time space travel.

Musk knows this, and acknowledges that even if Mars colonization is inevitable, his own chance of becoming a Martian is slim; he’s disavowed a trip to Mars as any sort of personal goal. For him, the project is entirely about preserving humanity.

“Honestly, if I never go to space, that will be okay. The point is to maximize the probable life span of humanity,” Musk said.

Plus, Musk doesn’t think that the task of transforming Mars into an Earth-like environment is possible anytime soon, certainly not in his own lifetime.

“Eventually, you’d need to heat Mars up if you want it to be an Earth-like planet, and I don’t have a plan for that. … It would probably take, I don’t know, somewhere between a century and a millennium,” Musk said. “There’s zero chance of [Mars] being terraformed and Earth-like in my lifetime.”

As an eternal optimist, Musk doesn’t like to rule anything out, and immediately contradicted himself.

“Not zero, but 0.001 percent change, and you would have to take real drastic measures with Mars.”