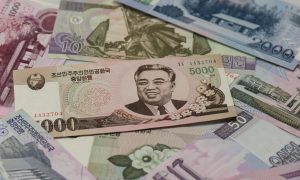 The Rise and Rise of North Korea's 'Money Masters'
0 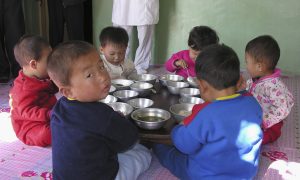 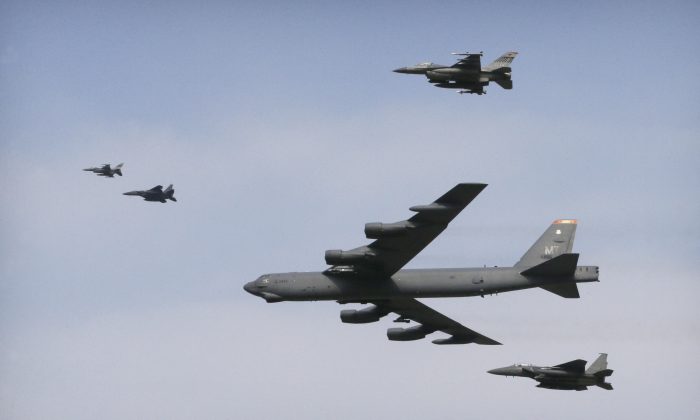 Why Don’t We Bomb North Korea?

The Democratic People’s Republic of Korea is a bit of a pain. Its leader, the remarkably youthful Kim Jong-un, is a caricature of tin-pot despotism. While we may be fortunate enough to find some of his antics amusing, it’s unlikely the poor downtrodden North Koreans see the funny side. To do so would be to risk winding up in a concentration camp or worse.

There is, in short, nothing good to be said about this latest incarnation of a family dynasty that has dominated the North since its establishment in 1948 at the height of the Cold War. So bad has the Kim dynasty’s rule been, in fact, that it is believed that North Koreans are on average up to three inches shorter than their cousins in the South.

While this may be a wonderful case study for students of comparative politics and economic development, it’s been a nightmare for the North Koreans, and one which they are seemingly incapable of doing anything about.

If ever there was a classic example of a rogue state, this is it.

If ever there was a classic example of a rogue state, this is it. Brutal, devious, unpredictable, and downright dangerous. If the often-invoked but seldom-seen international community was looking for a worthy cause, ridding the world of the Kims ought to be top of the list. So why don’t we?

The first problem, as ever, is: who are “we”? In reality, if anyone is actually going to do anything about North Korea’s pocket despot, it will be the United States. Thinking about why it doesn’t tells us something interesting about how the world works.

The main reason, perhaps, is the same one that is currently causing so much hand-wringing and teeth-gnashing in diplomatic circles. North Korea has nukes, possibly hydrogen ones. Saddam Hussein’s big mistake, by contrast, was not getting some of those before beating up the neighbors and generally causing mayhem and uncertainty in such a geopolitically significant and sensitive region.

Aspiring despots around the world have undoubtedly taken that lesson on board. You can quite literally get away with murder—especially of your own people—if you’ve got a big bomb or two. Bashar al-Assad take note—your friends in Russia have got more than they know what to do with. They are almost certainly never going to use them. Surely they could spare a couple?

There’s serious point here. The “great powers” have lots of big bombs, but what good does it do them? They know that if they consider using them against each they are potentially committing suicide. This is especially true of anyone mad enough to think of attacking the United States. In the meantime, even second-rate madmen can hold the great powers to ransom.

And yet if the United States wanted to surely it could quite literally wipe North Korea off the map tomorrow and nobody—most especially the North Koreans—could or would do much about it. Would China want to start World War III to avenge its increasingly unreliable ally? Would Russia? There would be lots of diplomatic huffing and puffing but not much else, I suspect.

It’s probably not even necessary to kill everyone in North Korea to render this particular flashpoint inert. I’m sure all the so-called “smart bombs” that America has developed at such expense could take out the leadership pretty efficiently. No doubt there is some latter-day Dr. Strangelove advocating precisely that somewhere in the Pentagon.

So why doesn’t America rid itself of this troublesome despot? One reason is that we’re fortunate enough to have Barack Obama in the White House. For all the criticism he currently cops as a consequence of his supposed procrastination, he’s clearly the sort of man who thinks carefully before he acts. Better Hamlet than Macbeth any day.

The other reason is that this sort of cynical cold-blooded murder is generally not considered a terribly nice thing to do, especially when you’re also supposed to be the beacon for all that’s good and noble in the world.

Yes, I know the United States uses drones and doesn’t have a spotless record in this regard, but is it too fanciful to suggest that values and norms actually constrain the hand of even the most powerful actors?

All of this matters because the world is full of people who are clearly entirely uninhibited by “civilized” norms of behavior. Luckily, most of them don’t have access to weapons of mass destruction—or not yet at least.

Unfortunately, we can’t be certain that the next incumbent of the White House will be restrained by civilized norms either. If that day dawns, we really could be in the sort of amoral world that some of my peers in academia believe is the natural order of things.