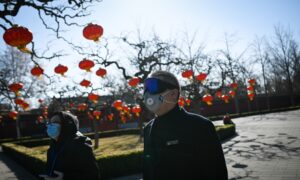 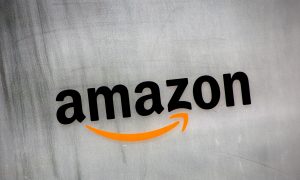 Amazon Warehouses Receive Only Vital Supplies in US, Europe Amid Coronavirus
0
Exclusive

Why Does Wuhan City Deliver Meat and Food in Garbage Trucks?

People in the apartment complex of Gangdu Garden, Qingshan District of Wuhan were outraged by garbage trucks delivering meat and vegetables. Residents of Jiangan District also found out that their pork and vegetables were being delivered by ambulances.

Ms. Xu from Qingshan District told The Epoch Times that transportation of food in garbage trucks does not only happen in Wuhan. It also happened in Xiaogan City, Hubei, a long time ago.

Reporter: Why would they use a garbage truck?

Reporter: How long have they been delivering like this?

Ms. Xu: I don’t know. It was reported very early, but not in Wuhan. It was reported in other cities in Hubei, such as Xiaogan. In Wuhan, this was just reported recently. This is unacceptable. I’d rather not have it delivered. This whole thing about meat and vegetables being distributed by the officials is absurd. Our buying group will meet the demand. It’s the patients, the lonely elderly, people with no online access, people who can’t go out who need the service. We healthy people can absolutely resolve it by group buying. What we need is for the government to subsidize the cost. Normally, we will buy it by ourselves, we have done it very well with our own group buying. We don’t need them to do the group purchasing or delivery. Their involvement will only turn into a power struggle and unjust competition.

Reporter: So the group buying was organized by yourselves?

Ms. Xu: The business owners (organized it). We organized the group buying ourselves, and the community distributed the meat and vegetables. As for the delivery by the local government, you heard that residents shouted it was “fake” last time, right? There was none delivered. After the shouting, they decided to distribute them.

Reporter: Did this happen after people shouted “fake, fake” (when the vice premier visited Wuhan)?

Reporter: Why would they come up with this type of vehicle for food delivery?

Mr. Li: Actually, it didn’t happen only in one place, but also in other places in Wuhan. Why would they use garbage trucks? I don’t know who made this decision. I guess there are two reasons. Firstly, since everyone is locked at home the traffic is closed. The garbage truck has to collect garbage every day. Maybe it’s more convenient for them to go to the community? Secondly, there are no other resources because of the lockdown. It is really a messy thing.

Reporter: How long has this delivery been? Since yesterday?

Mr. Li: Some time ago. Some of my other Wuhan friends said that they have seen garbage trucks delivering vegetables, not just meat. They did not dare to expose this to defend their own rights. Frankly, if you don’t report it or expose it, how can there be any improvement?

Reporter: Did the driver deliver your orders or government subsidized supplies?

Mr. Li: This is a one-time distribution by the government. It’s relief food given when Xi came. Last time, when (Vice Premiere) Sun Chunlan visited Qingshan, residents shouted “it’s fake, it’s all fake.” So they decided to deliver free meat and vegetables to comfort local residents. This is the batch. After this incident was exposed, some Wuhan citizens posted on the Internet that they saw vegetables delivered in garbage trucks some time ago. But they did not take photos or videos, or post it online. The decision they have made is a (vulgar) thing.