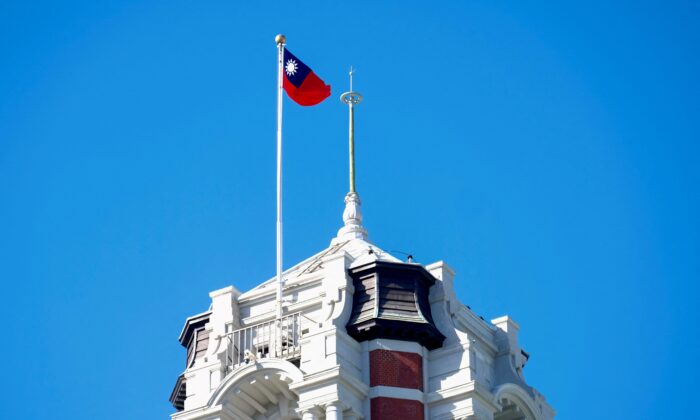 Taiwan's flag is seen on the tower of the Presidential Office in Taipei on Jan. 13, 2021. (Sam Yeh/AFP via Getty Images)
Thinking About China

Why Does the Taiwanese Government Act Like It Is Safe?

The tragically, almost comically, outdated bureaucracy, its minuscule conscription training, and cutbacks to its military make it appear like the Taiwanese government knows something the rest of us don’t.

Wartime mobilization plans in Sweden and Finland, until the fall of the Soviet Union, touched upon almost every aspect of not only military but civilian and government life as it lived with the potential threat of a Soviet invasion. Israel, a country that still feels it may, with little notice, face attack, likewise has extensive conscription and a well drilled and, for its size, vast military.

Taiwan? Not so much.

In fact, despite China spending an ever-growing amount of money on developing not just its military but an invasion force and conducting training on how to carry such out, Taiwan has faced repeated cutbacks to its military, and its defense spending has increased among the slowest of any main power in the Asia-Pacific for decades. And it is not purely economics either, as Taiwan continues to be an economic success story.

Beyond that, its conscription—regularly cut back since the 1990s—is now a dismal four-month basic training, with a small regular force of just some 180,000 people, meaning those reserves would play a vital part in any defense.

But military matters aside, Taiwan’s governmental bureaucracy for civilian and economic life, alongside its banking sector, continues to operate like something out of the aging Soviet Union. If you want to avoid a Kafkaesque hell, do not start a business or open a bank account in Taiwan. Yet, the ability to defend itself, as any war would, at best, be medium-term at best, maybe even long-term would require the continued functioning of civilian and economic life. With such an obsolete civil service and governmental bureaucracy, it is hard to see that ever happening.

Taiwan has recently begun attracting foreign NGOs. This, of course, has nothing to do with helping Taiwan build strength in resisting a potential invasion, but the process is illustrative. I also chose it as an example because it’s one area I have some experience with. In some countries, an NGO could set up registration, an office, and a bank account by clicking a few buttons using a smartphone. In Taiwan, you can look forward to repeated visits to various offices to have someone stamp numerous copies of papers, only to be sent off to yet another office for more paperwork and so forth. If lucky, six months later, you might have been successful. In some other countries, it can take as little as a few weeks without visiting any government offices or having meaningless stamps put on copies of printed forms and papers.

Again, NGOs won’t matter, but the process illustrates a bigger point. Why, despite living under such clear and present danger for so long, can the system still be inept and inefficient?

Looking at things from Europe, where the lack of long-term thinking about real and present threats, be it a Russian invasion of Ukraine, or a Chinese invasion of Taiwan, is visible every day, it is nonetheless shocking to realize how Taiwan, so clearly under threat, and for so long, remains seemingly oblivious to making changes to protect itself.

Is this just the consequence of the complacency that overtakes most societies as they gain prosperity? Is its party political bickering or embedded special interest that hinders effective reform of government services?

I cannot assume that the government is unaware of these deficiencies or that these issues have been solved successfully in other countries—countries that would gladly help them with similar reforms.

For a country under a very direct threat, and with very few allies willing to come to its assistance, it sure isn’t acting like one.