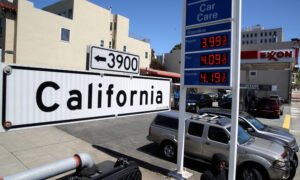 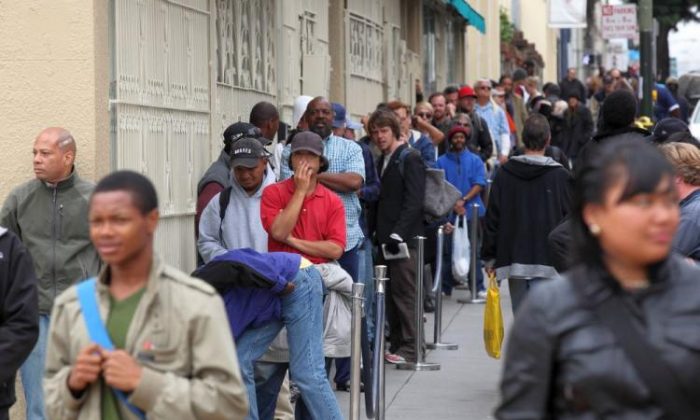 Why Does California Lead the Nation in Poverty?

California continues to lead the nation in poverty, according to a recent Census Bureau report.

The report (pdf), released in September 2019, measured states’ functional poverty rates, which takes into account the cost of living and other factors. California has the highest of any state, with about 18.2 percent of the population in poverty from 2016 to 2018.

While California’s official poverty rate of 12.5 percent is very close to the national average of 12.3 percent, the total cost of basic necessities such as housing, taxes, healthcare, and food, are higher than other states. California’s cost of living is second only to Hawaii, based on data from the 2018 Annual Average Cost of Living Index by the Council for Community and Economic Research.

Another recent report confirmed that even after a small decrease, California’s poverty rate remains high, with 17.8 percent of the population lacking the resources to meet basic needs. Meanwhile, 18.5 percent were not in poverty but close to the line. The California Poverty Measure (CPM) report, which is published by the Public Policy Institute of California and the Stanford Center on Poverty and Inequality, has been released every summer since 2011.

“Using new methodology developed by the U.S. Census Bureau, this comprehensive report takes into account a person or family’s resources available to meet basic needs versus the minimum threshold for a basic standard of living,” Sarah Bohn, a senior fellow and director of research at the nonprofit think tank, told The Epoch Times. “Being at the poverty level means lacking resources to meet basic needs, based on earnings, taxes, credits and government assistance.”

The CPM tracks a range of expenditures for Californians and adjusts for local differences in housing costs. It also includes food stamps and other benefits given to families in poverty.

As Bohn explained, “The CPM reveals which groups and counties have the highest poverty rates and whether California’s safety net is successfully reducing poverty.”

Tracking results through 2017, the report showed a slight decline in poverty of 1.6 percentage points from the previous year. While Bohn acknowledged the small improvement, she added that poverty rates change very slowly.

“This is the largest reduction we’ve seen since we created the California Poverty Measure in 2011,” she said.

Additionally, according to the survey, 79.6 percent of poor Californians lived in families where there was at least one working adult, except for families of only adults age 65 and older. At least one family member was working full time for the entire year for 44.9 percent of people in poverty, while 34.7 percent had a family member working part time or for part of the year.

“This is largely a matter of working poverty,” Bohn said. “The majority of poor families have one earner, but they need two earners. Wages have been stagnant, especially at the low end of the spectrum, especially for people who have less education. Also, wages have not kept up with the cost of living.”

The report showed that education is a key factor in poverty rates, with 7.8 percent of adults aged 25 to 64 with a college degree in poverty, compared to 31.8 percent of people without a high school diploma.

The CPM also pointed out that children are affected most by poverty (19.3 percent), compared to adults age 18 to 64 (17.1 percent) and those age 65 and older (18.5 percent). The amount of Californians in families with less than half the resources necessary for meeting basic needs was 4.9 percent.

Bohn believes that the poverty level would be even higher if not for “state and federal safety net programs.” The largest of these programs are believed to have kept an estimated 7.1 percent of people in Californian out of poverty in 2017, she said.

“We have to make people aware of the safety net programs, but most people still rely on earnings,” Bohn said. “To make changes in the poverty level, we have to build skills, build an attachment to work, and build affordable child care resources.”

On the other hand, some argue that the cumulative effect of California’s policies on taxes, regulations, and welfare programs may have actually contributed to poverty. Kerry Jackson, a fellow at the Pacific Research Institute, pointed out that the state has only 12 percent of the U.S. population but one-third of the nation’s welfare population.

“The generous spending, then, has not only failed to decrease poverty; it actually seems to have made it worse,” he wrote in a 2018 op-ed in the Los Angeles Times.