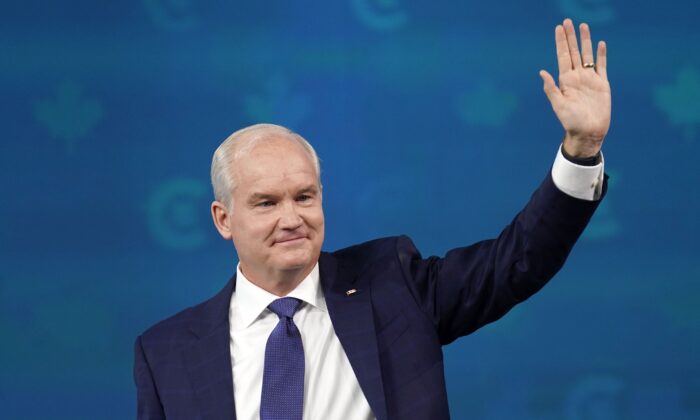 Why Didn’t O’Toole Win the Election? Pundits Weigh In

Although Erin O’Toole set himself apart from his Conservative predecessors by endorsing multiple policies and positions aligned with progressive values, he didn’t fare any better than Andrew Scheer did in the 2019 election.

“I think that if O’Toole actually was the kind of conservative that he said he was when he gained leadership, he would have done a lot better,” University of Calgary political science professor Barry Cooper told The Epoch Times.

“He ran as a ‘True Blue’ Conservative to gain the leadership, but that now seems to be completely tactical because he sure as heck didn’t run like a blue Conservative. He ran like a light Liberal.”

Cooper believes O’Toole could have gained more support from working-class voters if he had maintained more conservative principles, just as Conservative Prime Minister Margaret Thatcher successfully did in the UK decades ago.

Malcolm Bird, a political science professor at the University of Winnipeg, believes the O’Toole Conservatives had the “right strategy” and many great ideas in their platform but failed to emphasize the important issues that were theirs alone.

“Only Mr. O’Toole was talking … about where are the jobs going to come from, what are we going to do to produce wealth here, and that means hydrocarbons and resource extraction and manufacturing,” Bird said in an interview.

“They probably could have pushed support for oil and gas. It was there I’m sure, but they muted that in terms of the public discourse.”

Bird thinks the Conservatives were reticent to capitalize on the historic increases in the federal debt during Justin Trudeau’s time as prime minister.

“They were the only ones that even had anything in [their platform] about returning to balanced books in 10 years … but it was pretty light despite that being the most important issue that we’re facing. But I don’t think Canadians want to grapple with that,” he said.

O’Toole said at a press conference on Sept. 21 that the Conservative Party will be reviewing the election loss “to make sure we learn those lessons to win the trust next time.”

“I’m very, very proud of the gains we made, but we didn’t get far enough. We will next time,” he said, noting that Trudeau has said he would call another election in 18 months “if he didn’t get his way in this one.”

“It was his first national campaign and he started well, surprisingly well, and then maybe slowed down too quickly by the end. It seemed like he wasn’t accelerating anymore,” Bernier said, adding that pandemic restrictions didn’t help.

“It’s a difficult situation not to be able to take the show on the road. He is a likable guy,” he said.

Bernier spent the final 10 days of the campaign in Atlantic Canada, a region the Liberals swept in 2015 but have bled seats to the Conservatives since.

“They [Maritime voters] strongly feel that they have a conservative view, and it can be fiscally or it can be even for some of them socially, but they’re not afraid at all to express them. Don’t forget that out of the four governments, three of them turned Conservative provincially.”

Bernier said many Maritimers soured on Trudeau’s party because of “the overall Liberal attitude and also in many aspects they’ve just been left out. The only ones that felt that they could vote Liberal this time are the Franco areas.”

The strategist said being an Anglophone didn’t help O’Toole in Quebec, where the Conservatives had a net gain of only one seat.

“People say you win an election in Ontario, and you win the majority in Quebec,” he said.

Although O’Toole is an Ontario MP, he could not make a breakthrough in that province. Meanwhile, on the West Coast and Vancouver Island, while the NDP took some of those seats, Bernier said the Trudeau Liberals connected well with urban voters in Vancouver and elsewhere and stole the Conservatives’ early momentum in the debates.

“Trudeau defended himself quite nicely. He was feisty, and to the contrary [O’Toole] and the Conservatives were avoiding questions and situations where they would be questioned,” he said.

Bernier believes one fumble came after O’Toole faced pointed comments on the Conservatives’ platform plank to reverse the Liberal government’s ban of some firearms. The revised policy said the ban would remain until a review could be conducted. In response, Liberal Public Safety Minister Bill Blair said, “Erin O’Toole stands apparently for everything, and therefore for nothing.”

The failure to “stand firm on issues” raised doubts in some minds, Bernier said. He believes the party needs to analyze “the PPC factor” and how many traditional Conservative voters migrated to the People’s Party of Canada because of O’Toole’s stance on the carbon tax and other things.

“He was trying to shift to the centre on some issues. You don’t want to lose your base, so … I would say the Conservatives need to come to grips with some of those issues.”