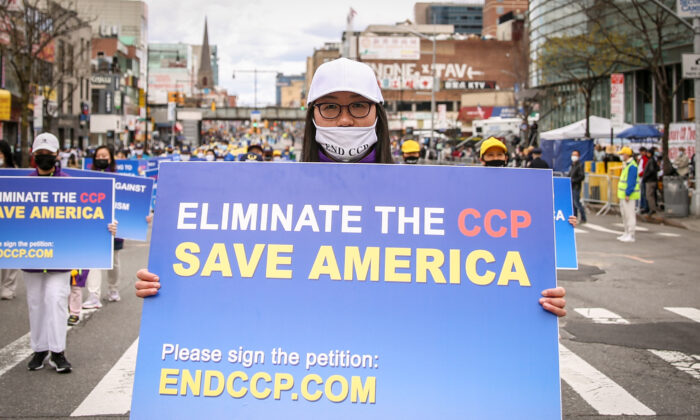 Why Did I Renounce My Chinese Communist Party Membership?

I was once a member of the Chinese Communist Party (CCP), serving as one of the speechwriters for Wei Jianxing, a former member of the Politburo Standing Committee and the secretary of the Central Commission for Discipline Inspection until November 2002.

In November 2004, The Epoch Times published an editorial series “Nine Commentaries on the Communist Party” that covered the CCP from theory to practice—from history to reality—stripping out all of its guises and exposing its evil nature to the world. Since then, there has been a wave of withdrawals from the CCP and its affiliated organizations, such as the Communist Youth League of China and the Young Pioneers of China, around the globe.

At that time, I used a pseudonym to post my statement of resignation from the Party on the Epoch Times website. Why did I quit the CCP? I’ll briefly talk about my views.

Let me start with my initial motivation to join the CCP. I joined in early 1994, back when I was a doctoral candidate in the Department of International Politics at Renmin University of China.

I too wanted to work in a central agency after completing my doctorate. Nevertheless, the CCP has an unwritten rule that whoever works in the central agency must be a Party member. I joined the CCP primarily because it was a job requirement.

So, why did I quit the CCP? It’s a long story. I’ll try to focus on my understanding of the CCP.

The CCP didn’t naturally grow on Chinese soil. It was built in 1921 under the control of the Communist Party of the Soviet Union, with one of its main missions being to defend the Soviet Union.

The CCP and the Chinese nation don’t share a common ancestor. Communism didn’t originate from the 5,000-year-traditional Chinese culture, but from the “Communist Manifesto” by Karl Marx in 1848, with the core ideology of “deceit, malice, and struggle.” There’s even a well-known saying among CCP cadres that when they die, they’ll meet Marx in “his place”—hell.

This year marks the 100th anniversary of the founding of the CCP. In its first 28 years, the CCP mainly did one thing: unscrupulously subvert China’s legitimate government, the Republic of China. In the following 72 years, it has done one major thing: unscrupulously retain its totalitarian rule of mainland China.

The CCP Cares Not at All About China

On Dec. 9, 1999, in Beijing, CCP leader Jiang Zemin and Russian President Boris Yeltsin signed a narrative protocol on the boundary between China and Russia, which recognized the string of unequal treaties signed between the corrupt late Qing government and the Tsarist government. The Protocol unconditionally gave Russia the territory of more than 1 million square kilometers of northeast China occupied by Russia.

To Jiang’s traitorous behavior, no one—none of the members of the Party hierarchy leaderships from local authorities to central authorities—raised objections.

The CCP Cares Not at All About the Chinese

The CCP has been in power for 72 years and launched dozens of bloody and brutal political campaigns during that time. For example, in 1958, Mao Zedong launched the Great Leap Forward. This ultra-left policy caused a great famine on a scale previously unseen in Chinese history—or even in the history of mankind.

In 1996, Chen Yizi, a member of the think tank of former General Secretary Zhao Ziyang, estimated that the number of excess deaths ranged from 43 million to 46 million, based on confidential documents kept within the Party.

According to a veteran cadre’s interview, the second national census led by Yang Shangkun in 1964—with Shangkun then serving as director of the General Office of the Central Committee—concluded that the actual number of peasants who starved to death in the three-year famine was 96 million. This information was held in a confidential file by the Ministry of Public Security.

When Jiang Zemin was in power, he launched a frenzied persecution of Falun Gong, amid which the most heinous atrocity has been the large-scale harvesting of organs from Falun Gong practitioners. On June 22, 2016, Canadian human rights lawyers David Matas and David Kilgour, as well as American journalist Ethan Gutmann, jointly prepared the report (pdf) “Bloody Harvest/The Slaughter, an Update,” in which they estimated that the number of organ transplants carried out in China was somewhere between 60,000 to 100,000 annually. The total number of transplants may have been as high as 1.5 million for the period between 2000 to 2016. And the main source of these organs would have been Falun Gong practitioners.

The CCP Cares Not at All for Chinese Culture

Traditional Chinese culture is regarded as a divinely inspired culture. The atheistic CCP prohibits the Chinese from holding any beliefs beyond those of the Party. It deifies itself and preaches the Party’s supremacy. Under the CCP’s rule, the army, businesses, the media, academia, and even religions should only follow the CCP’s evil.

The CCP has distorted all the existing religions inside China today. Shi Yinshun, vice chairman of the Buddhist Association of China said, “The CCP is a living Buddha and Bodhisattva, and the report of the 19th National Congress of the Communist Party of China is the contemporary Buddhist scriptures of China.” His statement was imbued with the communist faith and publicly blasphemed against Buddhas and Dharma.

Those who are aware of my situation may ask: You were expelled from the CCP. That being the case, why did you publicly declare your withdrawal from the Party afterward?

The CCP expelled a member from the Party when the member spoke the truth to the Party’s general secretary. I would like to ask: Is this Party righteous or evil?

I started practicing Falun Gong on May 3, 1995. As of July 20, 1999, I had been practicing Falun Gong for more than four years. Falun Gong is a Buddhist practice rooted in ancient Chinese traditions. Its core philosophy is “truthfulness, compassion, tolerance,” and it requires a cultivator to be a good person in strict accordance with “truthfulness, compassion, tolerance” wherever they are. At home, one should be a good father, husband, and son. In society, one should be a good citizen, and in the workplace, a good employee.

By that time, my practice had brought out the best in me in all aspects of my life. It was then that the CCP treated me as a “bad person,” kicking me out of the Party. I would like to ask: Is this Party righteous or evil?

Why Did I Publicly Denounce the Party?

Expelling me from the Party is a punishment by the CCP, but not a break from it. When I joined the CCP, I vowed with my life to fight for the communism advocated by Marx. As the Chinese saying goes, “God is always watching what you are doing.” God must have seen when I made that vow.

I publicly declared that I renounced Party membership to show God that I had severed my ties with the atheistic CCP and returned to my belief in God.

Only those who truly believe in God can be blessed and protected by God.

Wang Youqun graduated with a Juris Doctor from the Renmin University of China. He once worked as a copywriter for Wei Jianxing (1931–2015), a member of the CCP’s Politburo Standing Committee from 1997 to 2002.

Wang Youqun
Follow
Wang Youqun holds a doctorate in law from the Renmin University of China. He previously worked as a copywriter for Wei Jianxing (1931–2015), a member of the CCP Politburo Standing Committee, from 1997 to 2002.