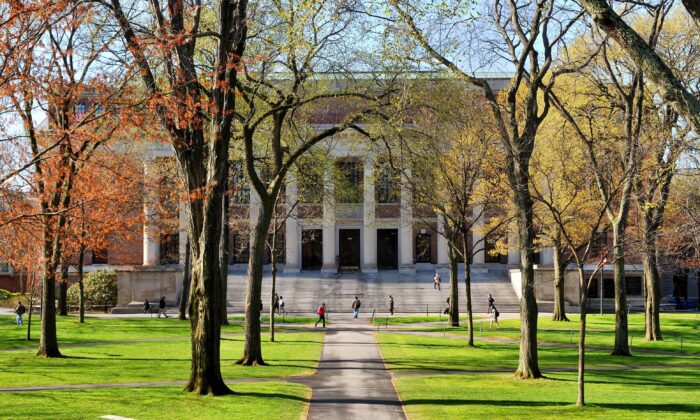 Why College Prices Have Spiraled 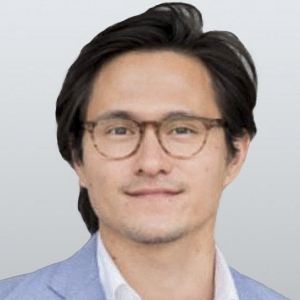 With the Biden administration’s announcement last month that it would continue the moratorium on student loan payments through the beginning of next year and will forgive up to $20,000 in student loan debt per student, student loan forgiveness is at the top of the current political agenda.

While proponents of student loan forgiveness argue that U.S. taxpayers need to pick up the student debt tab to level the racial and socio-economic playing field, the reality is debt forgiveness disproportionately benefits the well-off and educated, as the wealthiest 40 percent of Americans hold 58 percent of student debt, and 56 percent of debt is held by those with prestige- and income-boosting post-bachelor’s degrees.

Instead of forcing the 87 percent of U.S. adults who don’t have student loans to pay for the college experience of educated elites, American leaders must reform the universal federal student loan program that has driven the cost of college to grow eight times faster than wages.

Until 1965, the cost of college at private and public institutions remained fairly in line with inflation—these were the good old days, when a minimum wage summer job could cover all of one’s annual tuition, and then some. So what happened in 1965? President Lyndon B. Johnson passed the Higher Education Act, which created guaranteed student loans by subsidizing capital for banks that would provide loans to low- and middle-income students.

This simultaneously expanded college access, especially for less privileged students seeking to attend private institutions, while keeping loan burdens manageable because private banks still controlled who could receive student loans and for how much. From 1964 to 1977, the tuition at private universities grew 11.5 percent more than inflation as rising demand outstripped supply, while that at public institutions, it grew 1.6 percent less than inflation as the government massively expanded public college systems to accommodate an exploding college-age population fueled by the baby boom.

This bank-dominated system remained in place until 1978, when an economy in shambles and the pressures of the baby boom’s succeeding baby bust on empty college classrooms prompted President Jimmy Carter to pass the Middle Income Student Assistance Act, which eliminated income requirements for student loans. At a time when colleges otherwise would have had to cut tuition or cohort sizes to stay full, this new bill ensured that anybody could be a full-time student.

In 1992, the Higher Education Reauthorization Act introduced direct, guaranteed loans from the Department of Education itself, and, in response to higher tuition, removed borrowing limits, which removed any last incentive for schools to keep costs down. From 1993 to 2006 (the endpoint of the common data set used in this analysis), tuition at private schools grew 39 percent more than inflation, whereas that at public schools rose 47 percent more than inflation.

These massive increases were a result of large cuts in state funding for public universities (which increased tuition to offset these losses) and growing room and board fees (which were used to impose higher costs on students without having to increase headline tuition as much).

Without any changes to the federal student loan program, all debt forgiveness does is encourage a never-ending cycle of higher tuition, crushing debt, more bailouts, and more graduates lacking the positive equity to buy a house or even a wedding ring. A return to something more like the 1965 Higher Education Act but without federal loan guarantees—a mix of privately issued loans, low-interest capital, and strict requirements ensuring the loans would only serve lower- and middle-income students—would be a significant and realistic improvement. Banks would be more careful in issuing loans, taking care to make sure students aren’t overwhelmed with debt they’d never afford to repay.

By combining this reform with a database of student debt-to-income ratios ranked by college and by major, students would be empowered to make more informed financial decisions, and schools with unsustainable programs would find themselves either short of students or named-and-shamed into improvement. Requiring colleges to present average pay per major at that school upon graduation would probably also do wonders for helping students choose majors that make financial sense for them.

While politically infeasible, one could also even imagine a future where the federal government isn’t involved in issuing student loans at all, a world in which banks and schools create new financing programs on their own—and at their own risk. One school that has embraced an alternative funding model is Purdue University, a public institution ranked as one of the top 50 universities in our nation. Purdue has not only frozen its tuition since 2012, but has also created a viable alternative financing model that leaves students tuition debt-free while encouraging them to make effective financial decisions.

With Purdue’s Back a Boiler program, one can choose to pay no tuition during school, but pay a percentage of one’s earnings based on the typical Purdue graduate pay for that major over a period of 10 years. Though the cost to the student over the program’s lifetime is slightly cheaper than private loans and slightly more expensive than federal loans, the real difference is the university, not the student or the federal government, is the one ultimately responsible for potential losses and benefits—it’s up to Purdue to invest in its students’ success or suffer the financial consequences.

This aligns risk and reward with the agent responsible for the quality and value of the product—Purdue is incentivized to produce high-quality graduates to maximize their returns, while keeping administrative bloat and other bureaucratic waste down to keep costs in check. If colleges across this country were to offer this model, it’s highly likely we’d see drastic improvements in quality and reductions in the cost of higher education across the board.

Why a Bailout Isn’t Fair

But at the same time that we lament the cost of college, we also must remember that, once accounting for socioeconomic differences, men with bachelor’s degrees earn $655,000 more in median lifetime earnings than those with only high school diplomas, while women with bachelor’s degrees earn $450,000 more. With the average undergraduate student debt load at $28,400, this means the rate of return on average debt at graduation is 1,585 percent. A widespread bailout is hardly fair given the vast improvement in lifetime earnings that exists, despite the contrivances of the federal student loan program.

Indeed, the federal student loan program has suffered the same fate of nearly every well-meaning but short-on-foresight subsidy. Modest successes from a limited-scope program drive the creation of reliant and growing constituencies who expand the program to the point of bloat and failure, ultimately doing more harm than help to the beneficiaries the program was built to serve.

In this case, the federal student loan program has financially affected generations of Americans, leaving millions with debt and created a situation where the same government that created the problem can come in on a shining horse to save the day over and over again—politically, federal student loans are the gift that doesn’t stop giving.

To put an end to this scheme of student suffering, bureaucratic bloat, and political ponies, we have little choice but to turn back the clock on the federal student loan program, either returning loan origination for federally subsidized loans back to banks or replacing the federal loan system entirely. Otherwise, like clockwork every election cycle, politicians will dangle the carrot of debt relief before desperate students all too eager to vote for their own demise, over and over again until the whole system comes crashing down.

Kenneth Schrupp
Follow
Kenneth Schrupp is a Young Voices contributor writing on the intersection of business, politics, and media. He also serves as editor-in-chief of the California Review, an independent journal.