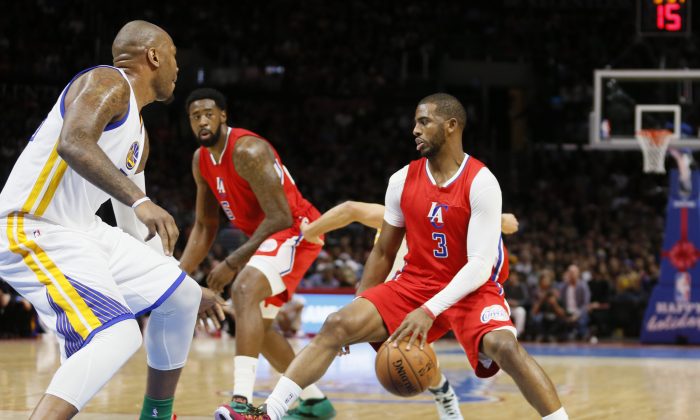 Why Chris Paul is a Legitimate 2015 MVP Candidate

Five names are being bandied around for the NBA’s 2015 MVP award, but another name should be added to the shortlist–Chris Paul.

Russell Westbrook and LeBron James have been attracting attention for their explosive play lately. James Harden and Stephen Curry have been playing great all season for two of the top teams in the league. And Anthony Davis just might lead his team to a shocking playoff berth.

But Paul’s efforts in keeping the Los Angeles Clippers in the thick of the playoff race should be more than enough to place his name on the shortlist of contenders, definitely above James and possibly in the top three.

Since January 25, Paul has been averaging 21.2 points per game on 51 percent shooting, while dishing out 10.7 assists, grabbing 5.1 rebounds, and nabbing 1.6 steals.

In the 11 games since Blake Griffin went down with injury, Paul’s upped that to 22.5 points per game on 51.6 percent shooting, while dishing out 12.5 assists, grabbing 4.7 rebounds, and nabbing 1.5 steals.

Los Angeles has gone 7-4 over that period, good enough to stay in the middle of the ultra-competitive Western Conference.

DeAndre Jordan has stepped up his game as well, but most of the rest of the Clippers roster is notoriously below-average this season. Spencer Hawes, Griffin’s replacement, for example, has not been doing well since being signed in the offseason.

Paul has also been extremely durable this season, playing heavy minutes and not missing a single game so far. All other MVP candidates have missed at least one game due to suspension or injury.

Paul, one of the best defenders in the league, has ramped up his game as the season has progressed, and should definitely merit some MVP consideration. Has he been as good as Curry and Harden? That’s highly debateable. But he’s been just as good or better than James and possibly Westbrook and Davis.

Paul has been close to the MVP before, such as in 2007-08 when many belived he earned it over Kobe Bryant. This season he might actually get it.