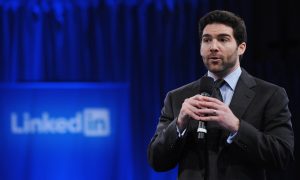 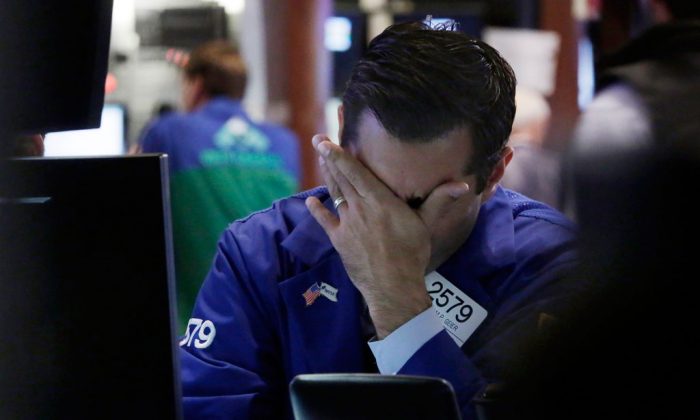 Specialist William Geer works at a post on the floor of the New York Stock Exchange on Oct. 16, 2014. (AP Photo/Richard Drew)
Business

WASHINGTON—Something about the deal smelled fishy.

China Marine Food Group Ltd., a Chinese company then on the New York Stock Exchange, spent $27 million in January 2010 to acquire a firm whose main asset was “algae-based drink know-how.” The weird thing: Three months earlier, the beverage formula had been valued below $8,800.

But when the U.S. Securities and Exchange Commission tried to review the deal, it got nowhere. The company’s Chinese accounting firm refused to provide documents. And the SEC has been stymied since.

Worries about the risks of Chinese stocks also emerged from a recent Associated Press investigation of Tianhe Chemicals Group Ltd. When that Chinese company went public in June, the U.S. investment banking powerhouse Morgan Stanley helped it raise $654 million from foreign investors. But Tianhe’s stock has lost 39 percent since allegations emerged that it had exaggerated the value of its business.

“The protections that are often taken for granted are just not there,” says Joseph Carcello, an accounting professor at the University of Tennessee.

More than 100 Chinese companies were suspended or kicked off U.S. exchanges in 2011 and 2012, most of them for failing to file timely financial reports. These companies, including China Marine, had exploited a legal loophole so they could merge with American shell companies. By doing so, they elude much of the SEC oversight that comes from selling shares on U.S. markets for the first time.

About two dozen of these companies have also been hit with SEC fraud or accounting charges. Yet the investigations have stalled because the companies’ audit papers are in China — beyond the SEC’s reach.

There are currently about 100 Chinese companies trading on the NYSE and the Nasdaq Stock Market.

China restricts foreign investment in some businesses. To bypass that hurdle, Alibaba and many other Chinese companies deploy a structure called a “variable interest entity” or VIE.

It works like this: The company listed on the U.S. exchange isn’t the actual Chinese company. Rather, it’s a holding company, typically based in a tax haven like the Cayman Islands. Foreign investors have no say in the company’s management.

As a result, Chinese managers can restructure a company in ways that threaten investors. Alibaba CEO Jack Ma, for instance, spun off Alibaba’s payment service into a company he controlled without telling Yahoo, a major investor in Alibaba.

In 2012, China’s Supreme People’s Court threw out contracts a Hong Kong businesswoman had used to dodge Chinese rules to invest in a Chinese bank. It cited agreements that “conceal illegal intentions.”

Beijing could invoke similar reasoning to one day ban all VIEs, potentially imposing huge losses on American and other foreign investors, analysts say.

China bars U.S. inspectors from audits done by Chinese accounting firms — in order, it says, to protect its state secrets. This means most Chinese stocks on U.S. exchanges don’t comply with American law.

Experts say Beijing likely fears the documents would confirm suspicions that Chinese companies are delinquent on loans from state-owned banks or are involved in corruption. Its stance has hobbled U.S. investigations of stock fraud.

Consider the China Marine case. Shares in the snack and beverage firm began trading on U.S. markets in 2007. U.S. investigators grew suspicious over China Marine’s $27 million purchase of most of a company that was built around a drink formula it had bought a year earlier for just $8,776.

Had China Marine’s accounting firm reviewed the deal? If so, had it determined the value of the acquisition?

Problem was, the accounting firm wouldn’t turn over the papers. And China Marine’s stock price plunged.

Two years ago, the SEC sued the China affiliates of the Big Five accounting firms, saying U.S. law required them to provide the documents. In January, an SEC administrative law judge agreed and barred the firms from auditing U.S.-traded companies.

The accounting oversight board is pursuing a deal with China to obtain the audits, an effort that Doty has made a high priority. Without a deal, more Chinese companies could be forced off U.S. markets. And more investors would be burned.

Many analysts doubt it will come to that. Chinese companies want access to American capital. And American investment firms and stock exchanges want the fees they earn when Chinese stocks list on U.S. exchanges.

In the meantime, the stocks trade on American markets without offering investors the protections they’re supposed to enjoy.